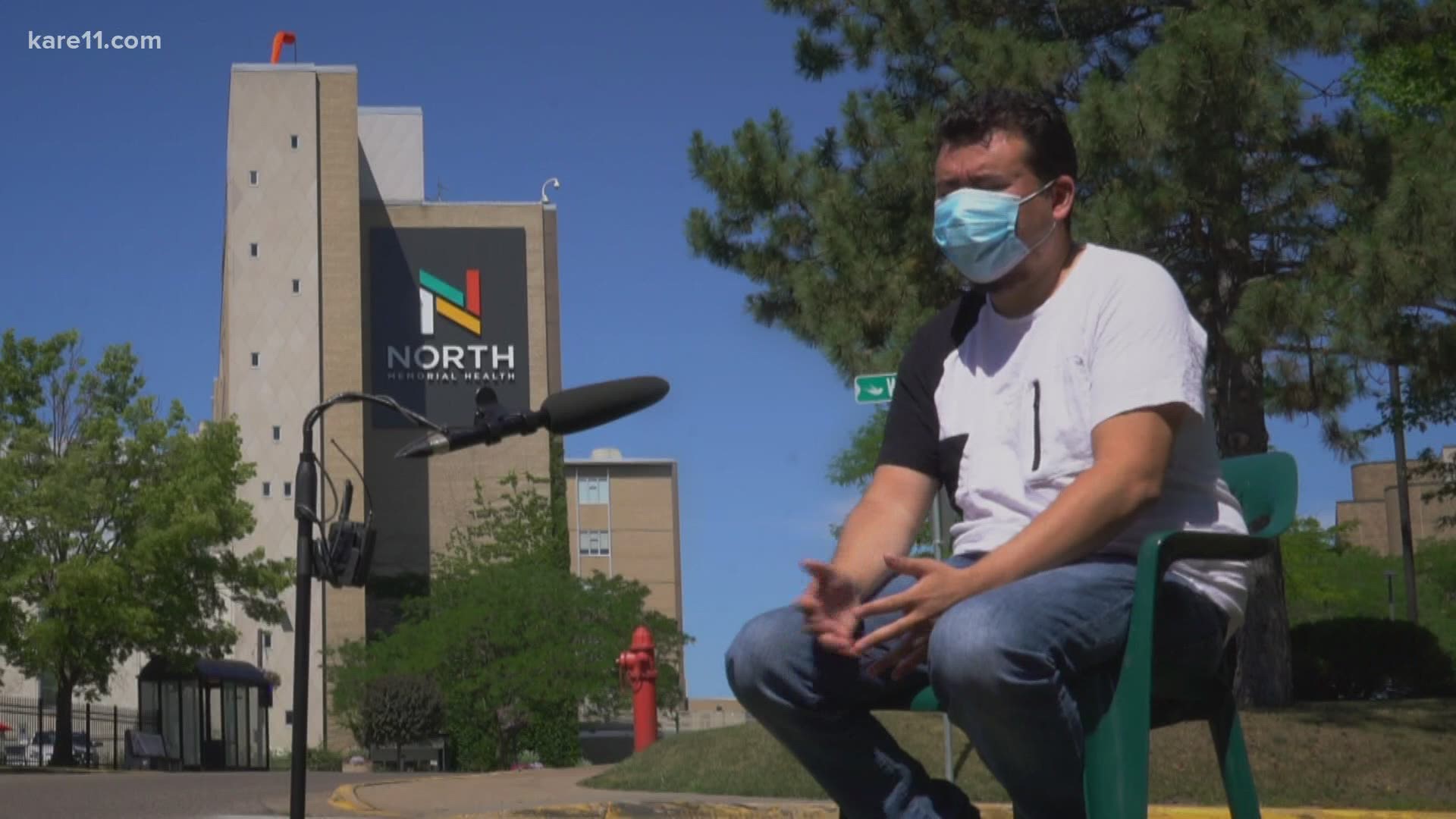 ROBBINSDALE, Minn. — Editor's note: The video above is from July 10, 2020, before Aurora passed away.

To say COVID-19 has shattered any and all expectations for many is an understatement. Juan Duran, who was by his wife Aurora's side when she gave birth, said everything was so unexpected.

"Aurora is a healthy 35-year-old," he said at that time. "We never thought this was going to happen to us."

Duran said what the couple had expected to be a quick trip to the hospital for Aurora's COVID-19 symptoms turned into a daunting, multi-week journey. That journey ended Monday, July 20 when she passed away. Aurora's death came nearly a month to the day after their daughter was delivered via C-section.

It was July 10 when Duran first sat down with KARE 11's Sharon Yoo to detail their story.

"On [June] 19th, five days after, is when she got intubated on the ventilator," Duran explained. "Then on the 23rd, the doctors called me and said the oxygen was super low and that they had to do a C-section."

By that point, Aurora was 30 weeks pregnant with their daughter, Andrea. Despite Aurora being intubated and on a ventilator during the surgery, Andrea made it. A perfect little daughter whom Aurora never met.

"About three days ago, [Aurora] started getting worse and worse," Duran said. "The ventilator was at a 100 percent and the oxygen just keeps going down, down, down."

Duran said doctors at North Memorial suggested that maybe Aurora could benefit from being on an ECMO (Extracorporeal membrane oxygenation) machine. ECMO is a form of life support, a machine that simulates the system of a heart and lungs from outside the body.

However, North Memorial said this in a statement:

"North Memorial Health partners with local and regional healthcare systems to care for patients who would benefit from ECMO, which is a highly specialized service that is typically only offered at ECMO Centers. We do not offer ECMO as a long-term or ongoing treatment which would be required to treat COVID-19, but we do use it for short-term emergency care as part of our trauma and cardiovascular surgery programs, when needed. ECMO Centers have stringent criteria for accepting patient referrals and our medical teams work closely with these partners to ensure that our patients have access to the care they need."

"North Memorial Health Hospital is not an ECMO Center and does not offer ECMO treatment for COVID-19. Our care teams are tireless advocates for our patients and we work with our healthcare system partners to provide the specialty services that we do not offer."

Duran said doctors then recommended the family look into a transfer to a different hospital that is an ECMO center. However, he said other hospitals denied the request.

Allina Health and Mayo Clinic both declined to comment on the specifics of Aurora's case, per state and federal privacy laws. However, Mayo did add:

"The approach to ECMO care is the [sic] similar across all ECMO programs in Minnesota, including Mayo Clinic. Evidence-based criteria for pursuing this complex treatment are designed to use ECMO only when it could be helpful to the patient's recovery."

"I know there's big risks but at this point the ECMO machine is the best option to save her life," Duran said last week. "I was told she could have hemorrhage, lose a lot of blood because of the C-section."

Despite those risks, Duran said he would keep pushing.

"She's fighting and we want to give her every chance and every resource available for her to have a chance to survive and be with her kids," Duran said.

That fight is now over. Duran said he and Aurora were married for nine years, and together for 17. They had three children together.

The family has set up a GoFundMe account. If you are interested in donating, you can find their link here.

Testing results for COVID-19 delayed across the Twin Cities