The woman, who identifies as a "Minnesotan, Muslim and a mother," wrote about her experience Saturday in a viral Facebook post. 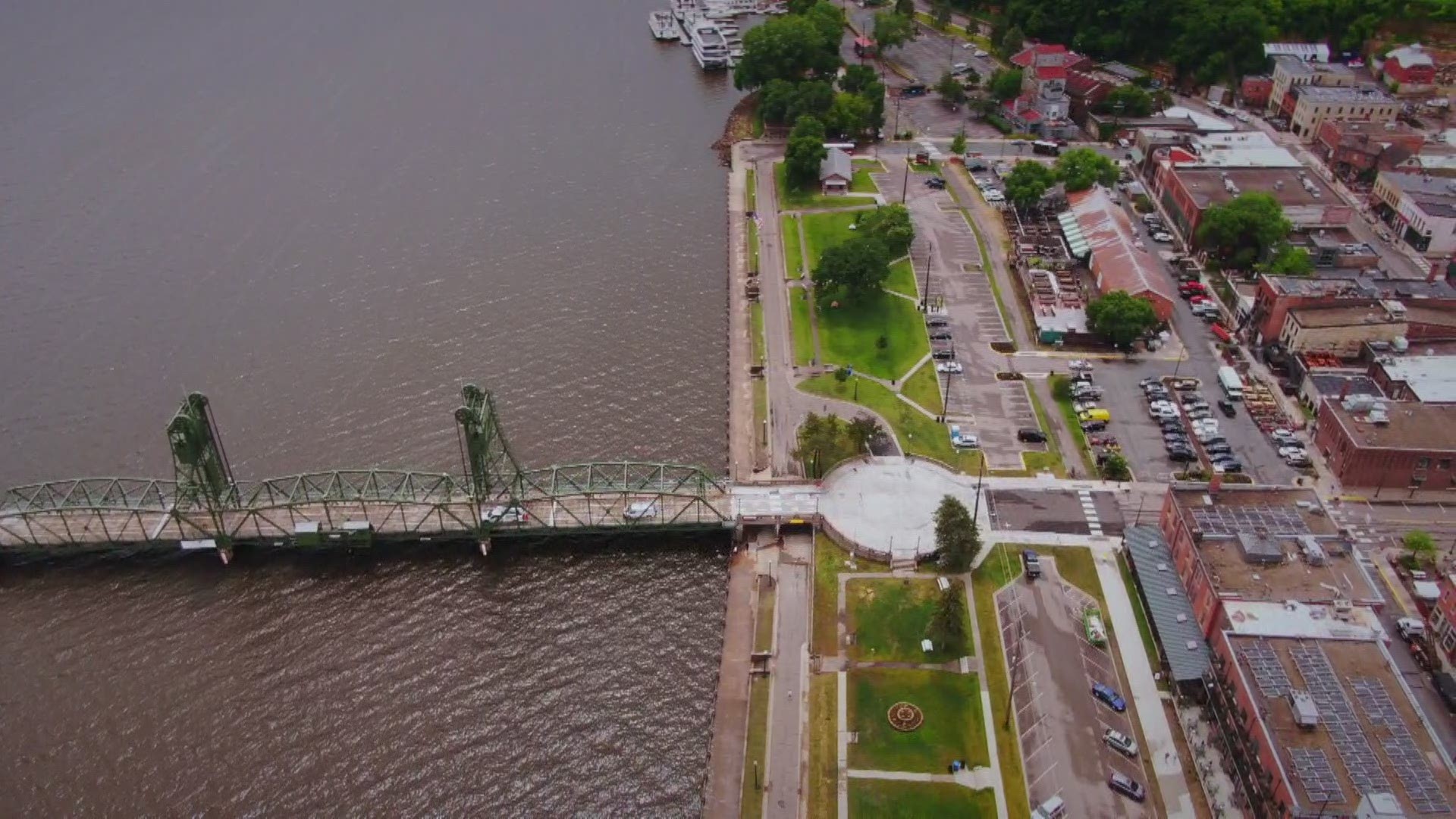 STILLWATER, Minn. — Stillwater is known for its cute boutique stores and scoop shops. It sits along the river and touts great patios during the Summer season.

That's exactly what Sophia Rashid said she was doing with her four-year-old daughter on Saturday when she said in a now-viral Facebook post that she noticed a group of motorcyclists nearby.

"As I was sitting outside on Leo’s patio with my *four* year old daughter, I noticed some men walking up next to the patio fence, very close to where we were sitting.  They were wearing motorcycle vests which read “Aryan Cowboys”.  And they were motioning at me (and my **FOUR** year old) and then at each other," Rashid wrote on Facebook.

She described that she's had experiences with Islamophobia before but she said she felt differently about this encounter.

"Something was *extra* wrong, wrong beyond a group nazis walking casually down a busy street in broad daylight obviously trying to signal to me that they saw my presence and weren’t too happy," she wrote.

Rashid said the servers who were working at the malt shop noticed her discomfort and tried to assist them to her car. However, with the motorcyclists around, she said they diverted to a nearby hotel.

Stillwater Mayor Ted Kozlowski said he has seen the post as well and that he is aware a police report had been made by Rashid.

"Right now the police department is investigating it to figure out exactly who all the players were to see if there were any crimes committed," Kozlowski said over the phone on Monday.

According to the initial incident report made by the Stillwater Police Department, they said, "the behavior displayed by the OMG (outlaw motorcycle gang) members was concerning to Rashid and a report to document this incident was necessary and valuable due to the information and photos Rashid provided to law enforcement."

In several of the photos Rashid posted on Facebook, the members can be seen wearing vests with patches that read "Aryan Cowboy Brotherhood" or "Aryan Cowboys Minn."

According to the Anti-Defamation League, "the Aryan Cowboy Brotherhood is a small white supremacist prison/street gang based primarily in Minnesota and Kentucky. Its main symbol consists of a helmeted and winged skull with the initials ACB."

However, with the police incident report indicating "there was no evidence of a specific or direct threat being made by any of the OMG members toward Rashid..." the report said officers did not immediately pursue or question the members during the time of the incident.

We asked Mayor Kowzlowski if the city is in any position to do anything if someone was wearing offensive paraphernalia.

"We have to work with some organizations to try to figure that out," he said. "In our country, I don't believe we can ban anybody from walking down our public sidewalk. As offensive as some of the clothing and messaging and tattoos whatever they are-- I don't think we can arrest anybody for the shirt that they are wearing."

The Mayor added that he thinks a bigger police presence on Saturday might have helped the situation.

"Unfortunately, we're at a place in our country, in our city, and our state where you know--expanding police presence isn't always the most welcoming thing for some people," he said. "But in Stillwater it's the only mechanism we have."

He added that he is disheartened anybody felt the way Rashid said she felt.

"I feel terrible she felt threatened in my town and I mean, it crushed me," Kozlowski said. "It crushes me that anyone could feel threatened with their daughter having ice cream in downtown Stillwater."

The Stillwater police chief said this in a statement:

On June 27 at approximately 9pm an adult female was having dinner at a downtown Stillwater establishment and made contact with male subject who was wearing clothing often worn by motorcycle gang that displayed the words ‘Aryan Cowboys’.  The adult female became uncomfortable and was escorted to her vehicle by employees of the restaurant and a Stillwater Police Officer.

The incident will be reviewed by investigators of the Stillwater Police Department for potential criminal conduct.

Stillwater, especially the downtown district, is a popular location for motorcyclists, including, on rare occasions, motorcycle gang members.  Some motorcycle gangs wear insignia on their vests that is offensive to others.

The Stillwater Police Department does monitor their activities when they are present and takes the appropriate action when criminal acts are committed.  If we see an increase on motorcycle gang activity we will increase our presence, utilizing other jurisdictions and entities if needed.

The City of Stillwater and the Police Department are committed to ensuring that everyone, visitors and residents, feel safe.

KARE 11 reached out to the owners of Leo's Grill & Malt Shop in Stillwater, but they declined to comment. We have also attempted to reach Sophia Rashid but have been unsuccessful.