Community groups are working together to bridge a divide between the police and the community during the upcoming trial & protests. 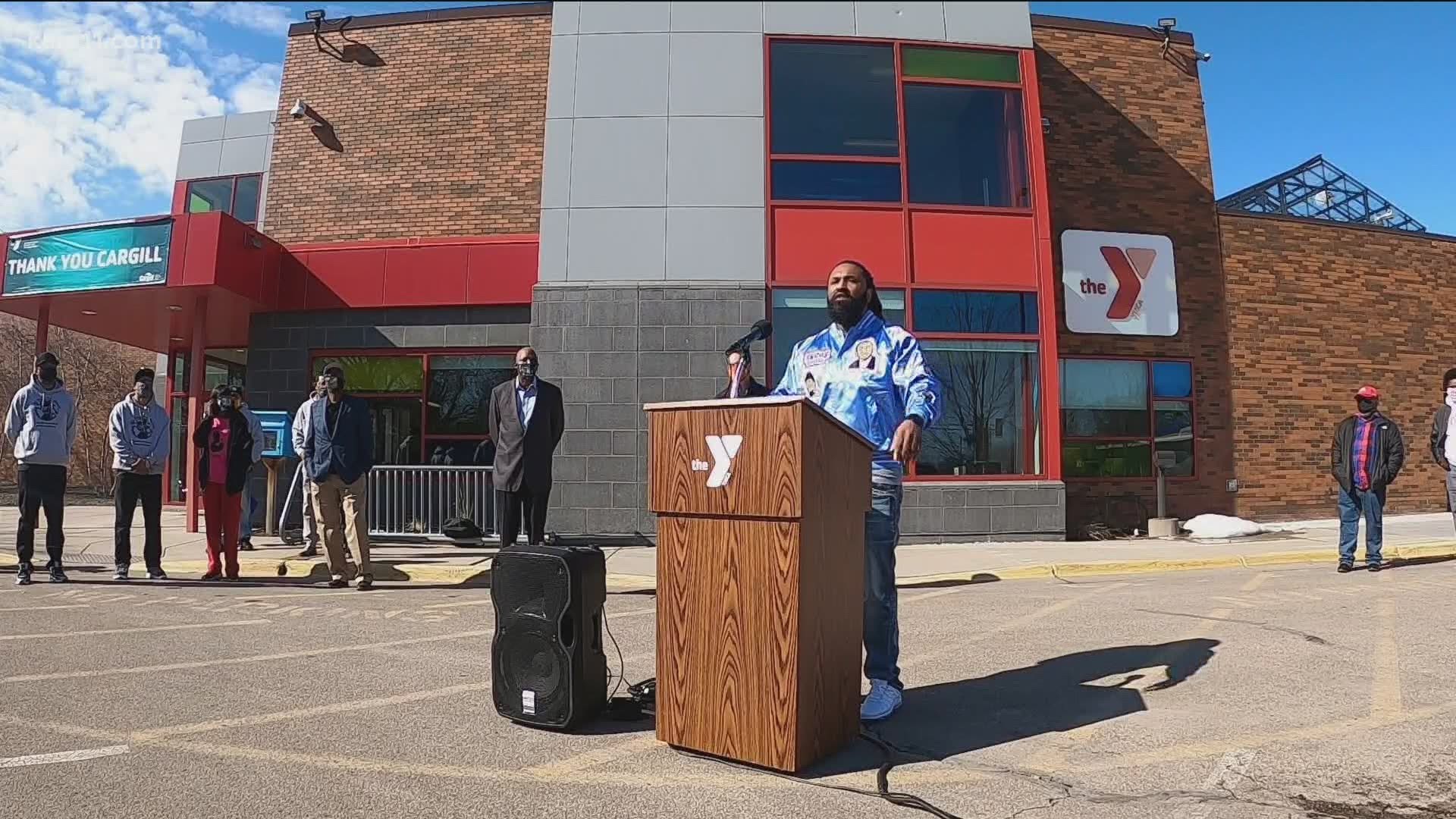 MINNEAPOLIS — The barricades and boarded up windows that already surround the site of the upcoming trial of former Minneapolis Police Officer Derek Chauvin, remind Lisa Clemons of everything that is at stake in the coming weeks.

"I proudly tell you I was a Minneapolis Police Sergeant, and I stand before you to say that I'm hoping for a conviction in the killing of George Floyd," said Clemons, founder of A Mother's Love Initiative.

Volunteers at A Mother's Love spent weeks on the ground last summer, attempting to offer support and intervention as protests sometimes turned violent and destructive.

"I think for us here in Minneapolis, especially, we weren't looking to our left and to our right and actually watching those who were agitators and were trying to hype up the crowd to get us exactly where we ended up," Clemons said.

That's something A Mother's Love and other community groups are working to change this time around.

"Trying to make sure that there is no destruction," said Trahern Pollard, founder of We Push For Peace. "We want to try our best to prevent that from happening at all costs."

Pollard says he's optimistic that We Push For Peace and other partners with Minnesota Safe Streets will be successful, because they are getting financial and organizational support from the YMCA of the North.

"First thing I just want to say is, it's about time," said Miki Lewis-Frost, founder of the 8218 Truce Center. "It's about time that a big, huge organization finally says, 'We're going to give the underdogs a chance.'"

Each group plans to deploy safe street navigators throughout the trial that will serve as buffers between the police and community members across the Twin Cities, and the effort will last far beyond the verdict.

"Instead of working in silos and not sharing information, we decided that we are coming to the table," Clemons said. "Not just with our (police) chief, but with our fourth precinct inspector, with the YMCA and other legacy organizations to say we cannot survive this any longer."

Kent Erdahl: "What's your biggest concern around the trial?"

Kent: "How do you work in that environment and gain trust with activists and others, when your group is working with police?"

Clemons: "They know us. They know I'm a retired cop. I feel their pain. Regardless of whether I wore the blue uniform or not, George Floyd could have been my son. You can't get this work done without having a partnership with the police department, contrary to what anybody tells you. We're building bridges, we're not trying to burn them down. If you're burning down bridges, how do you get across to the other side?"