Breonna Taylor protesters returned to Capitol after marching onto I-94 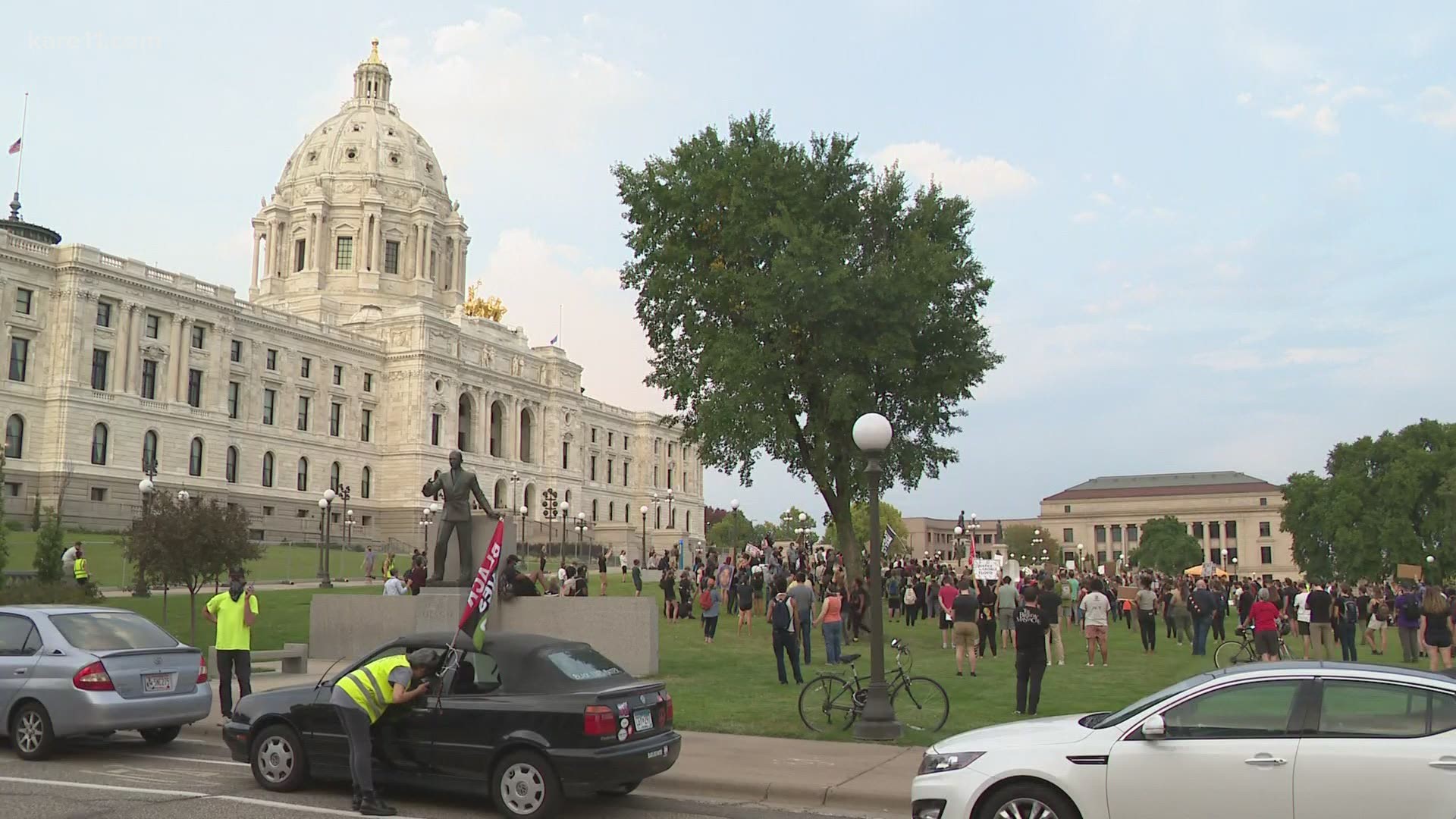 Protesters marched back to the Capitol and dispersed.

Protesters marched onto the eastbound lanes of Interstate 94 near John Ireland Boulevard in St. Paul.

People gathered on the lawn at the Capitol with signs and demanded justice.

Protesters gathering for a march on the Capitol lawn. @kare11 pic.twitter.com/etoyzNVmIE

Protesters calling for change on the Capitol lawn, ahead of a march for Breonna Taylor. @kare11 pic.twitter.com/42c3trFxZ8

According to KARE 11 reporter Gordon Severson, speakers were taking turns discussing the grand jury's decision, calling it "disgusting" and "disrespectful" to her memory.

The crowd here at the Capitol for #BreonnaTaylor and her family has grown to several hundred now. Speakers are taking turns talking about the jury’s decision today and why they say it’s “disgusting” and “disrespectful” to her memory. @kare11 pic.twitter.com/uVfGC4gHZ2