Family members identified the victim as Paul Pfeifer. "Paul was such a lovely person," said one neighbor. 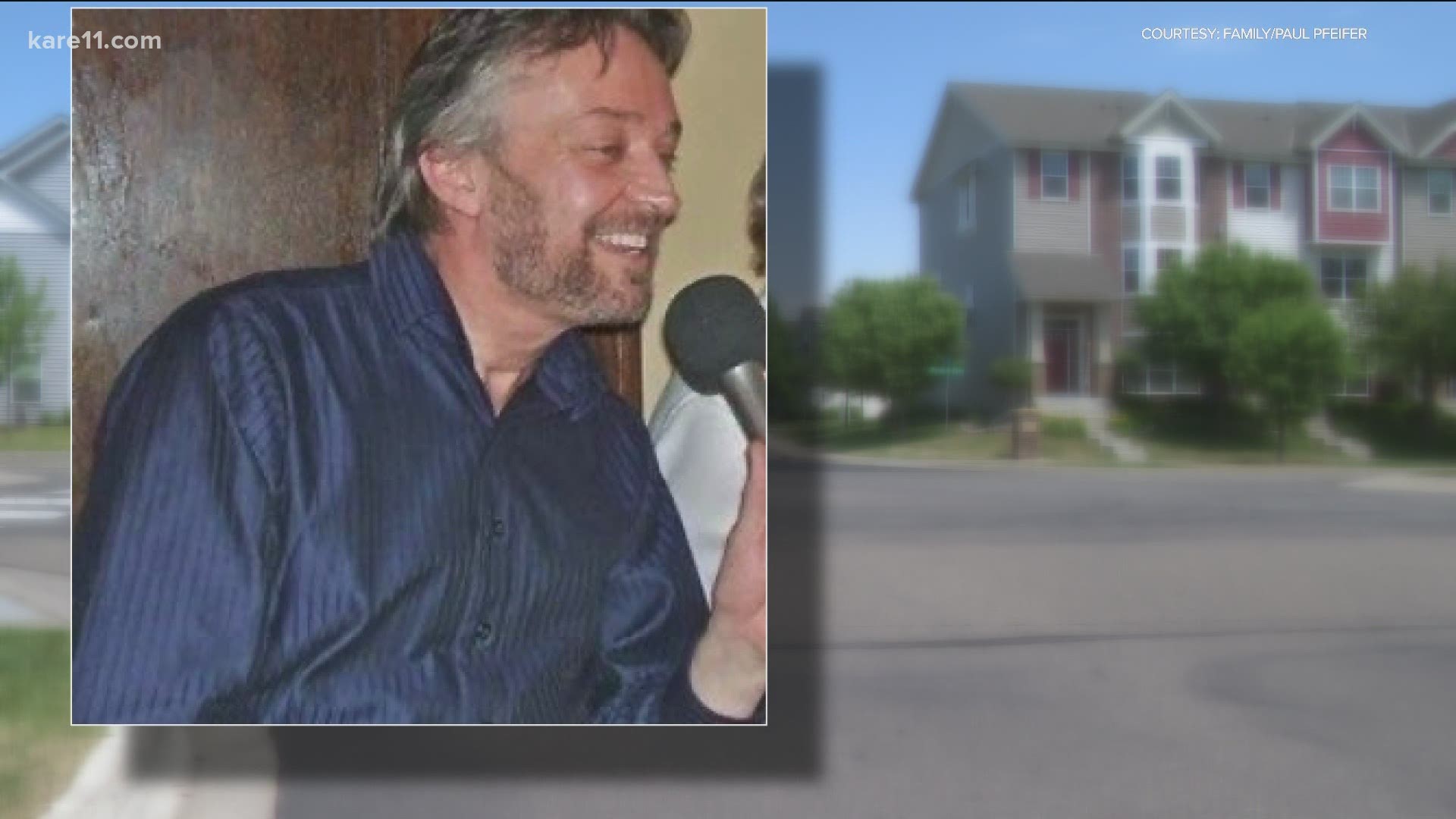 BROOKLYN PARK, Minn. — A TikTok video shows Makayla Monari and her cousins enjoying a moment of fun in their Brooklyn Park community when all of a sudden, Monari heard a noise.

"Just started the TikTok, and we hear a noise," said Monari.

It was the sound of screeching tires as a car struck a man, identified by family members as Paul Pfeifer, leaving him wounded on the ground.

"We hear screaming, we thought it was a joke, but it wasn't," she said. "We saw him laying on the floor and his husband was screaming for him."

Monari said she immediately called 911, as other neighbors of the Wickford Village community also jumped in to help.

"My youngest son came running over with his bike and he said that someone ran over a guy," said neighbor, Emmanuel Omoke. "I think we did compressions for 10 minutes and the police came and they took over."

Despite the efforts from neighbors, police say Pfeifer later died from his injuries.

"Very saddened," said neighbor, Shari Kreye. "Paul was such a lovely person. He was just so kind, and open and always asking questions about others, just a very lovely person."

Brooklyn Park police later arrested a man in connection to the incident. But while some neighbors say they believe the driver's actions may have been intentional, people here are remembering their neighbor, while sending words of support to his family.

"My prayers are with them," says Omoke. "God be with you and hold you up during this terrible time," says Kreye.

The suspect is currently in custody and faces potential charges of criminal vehicular homicide.