Neil Marriott says he was trying to figure out how to get home when the bus came sliding his way. 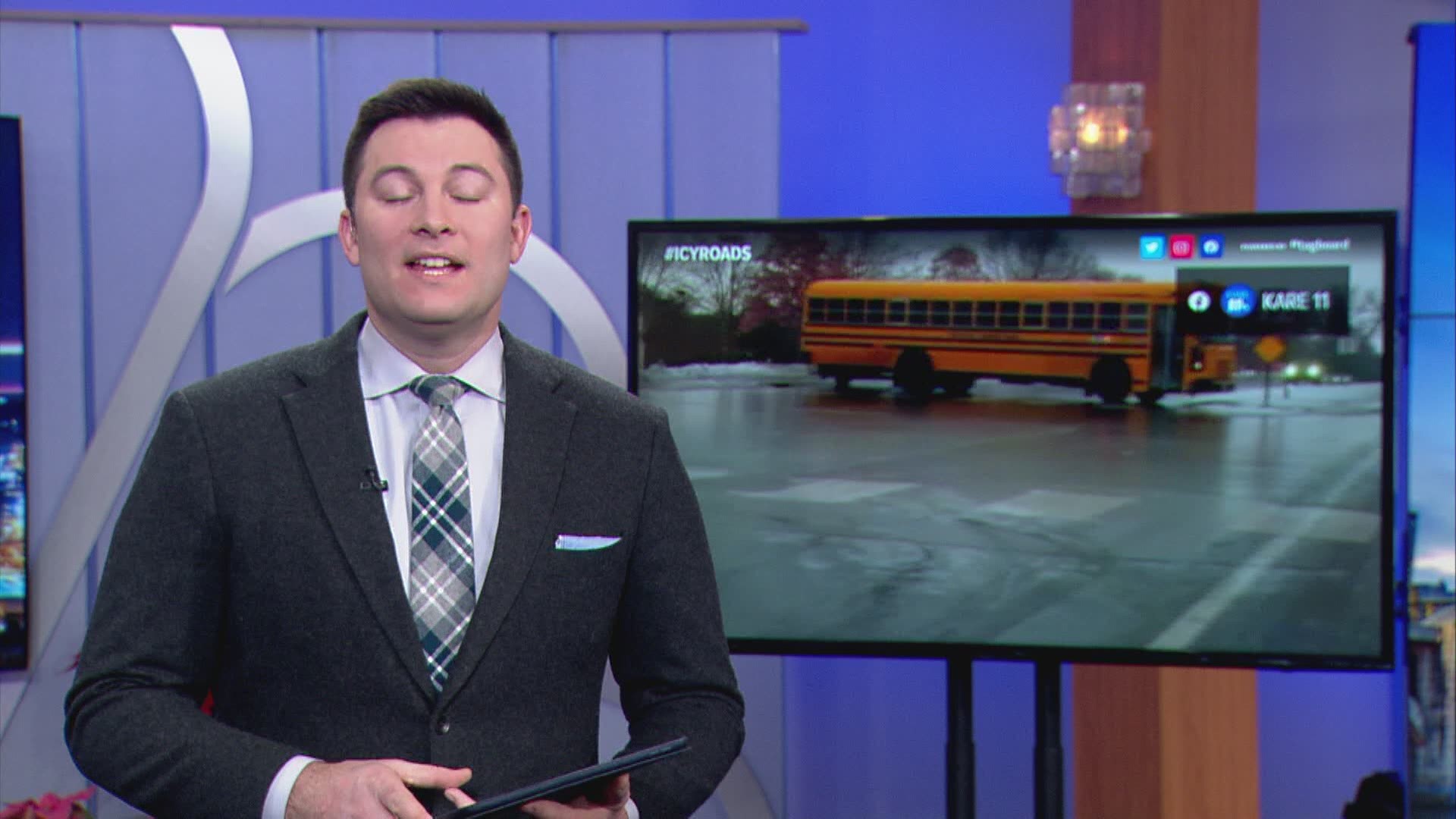 EDEN PRAIRIE, Minn. — All morning long, icy conditions were top of mind for many. The Minnesota State Patrol even issued a no travel advisory in the metro area until conditions improved.

Many people who needed to get on the roads were greeted with slick conditions and hundreds of spin outs all over the state.

"I couldn't get up a small hill on county road four," Neil Marriott said. Marriott said he received a call from his employee who told him he wouldn't be able to make it into work. Marriott explained he decided to go in himself to man his store in Eden Prairie. He didn't get too far before he was met with difficult driving conditions.

"I parked there for a bit trying to figure out which way I was going to go," he said. "That's when I saw this bus coming down Eden Prairie road, heading towards highway five."

Marriott explained that he was stopped when he saw the bus sliding toward his car.

"I had my phone mounted in the car for hands-free use and I grabbed that and started filming the bus coming down," he said. "At one point I thought the bus was going to hit me."

Marriott captured a school bus sliding sideways across all lanes of the road. He said he was able to gently ease over into the next lane to make sure he was a safe distance away from the bus.

He said he remembers making eye contact with the bus driver.

"She wasn't smiling but she waved so I started to bring my hand up and wave," he said. "We both had that moment of, 'what are we going to do?' She was helpless. I just kind of kept filming her."

Eden Prairie police said students were on the bus but no one was injured in the incident. A parent confirmed with KARE 11 that the Chaska/Chanhassen combined high school girls hockey team was on board that bus, on their way to a game before conditions worsened.

The parent explained that they were able to get the bus unstuck by using salt he had in his truck. He also said the bus got stuck again making a turn not too far away. He said the team successfully made it to the rink for their game but their opposing team never showed up due to icy conditions.

Marriott said despite more than a dozen winters he's spent in Minnesota, this is his first time witnessing anything like this.

"We've been here for almost 21 years," Marriott said. "It's the first time I saw a bus coming down sideways, almost towards me."

RELATED: Icy conditions lead to hundreds of crashes across Minnesota

RELATED: Ice to rain to snow with this winter storm

Elsewhere, circumstances were less dire, as Minnesotans embraced the bad weather, as they so often do. You can check out some viewer submissions below.