Kirstin Davids had four kids in her bus when she was rear-ended by a semi in Lakeville. 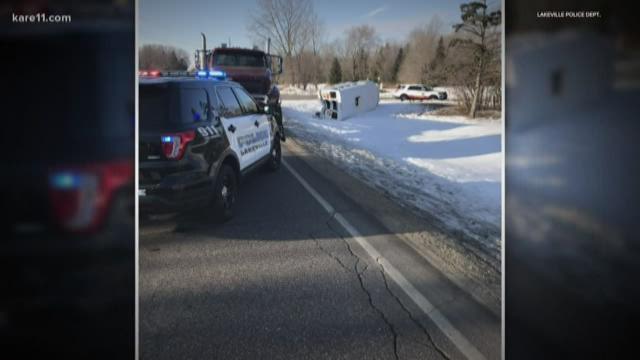 According to a press release from the Lakeville Police Department, Kirstin Davids, a New Horizons Daycare bus driver, was rear-ended by a semi just before 9 a.m. at Dodd Boulevard and Foliage Avenue in Lakeville. The bus, which also had two boys and two girls from ages 4 to 9, rolled into the ditch.

Davids had all the passengers secured, either by seat belt or car seat, and kept the children calm as emergency personnel arrived on scene. Davids and two of the children were transported to the hospital with minor injuries.

According to police, the seat belts and car seats are the reason the injuries were only minor.

The cause of the crash is being investigated.

RELATED: School bus enters ditch with 12 students on board