The latest proposal would keep three lanes for vehicles, while one northbound lane would turn into a path for pedestrians and bicycles. 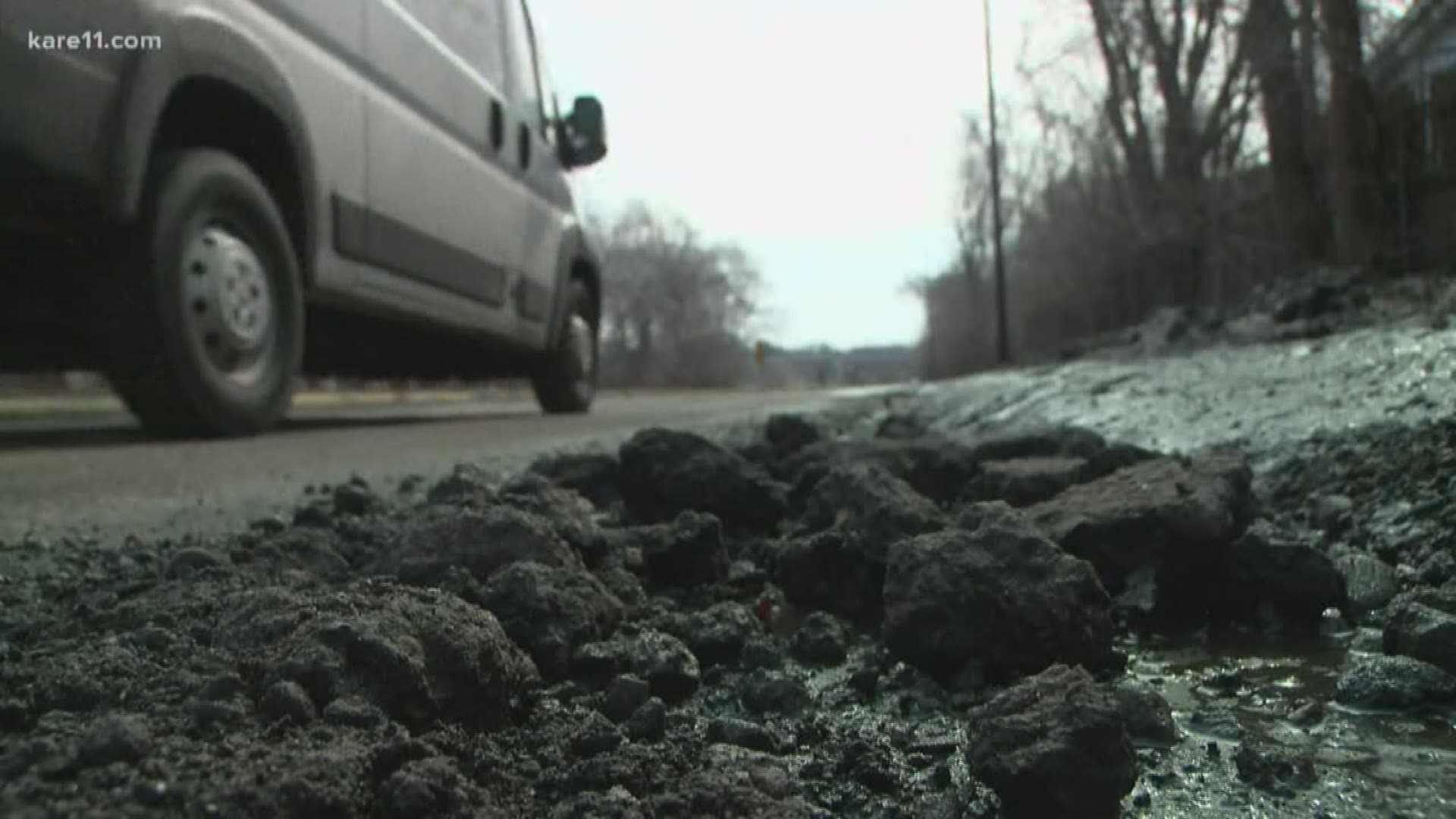 ST PAUL, Minnesota — It's a bumpy ride for drivers who use Ayd Mill Road in St. Paul.

The city hasn't done significant work on the road since 2003 and it remains one of the most timely and costly roads for St. Paul Public Works to maintain.

Originally, the city council approved a mill and overlay project from I-35E to Selby Avenue that would cost $3.5 million. But then Mayor Melvin Carter presented a new plan that would reduce the road to two lanes and add pedestrian and bike pathways.

The higher amount is due to Mayor Carter's proposal requiring more engineering, including left turn lanes to keep traffic flowing. The area also has drainage issues due to a lower-grade road with natural springs and would need more sewer improvements to help keep water off the road.

The plan would cost $7.5 million. $5.9 million would come from bonding from the city while Lantry recommends $1.6 million from the city's Sewer Utility Division.

City council will need to decide next week if funding gets included in the five-year plan for public works projects.