Charges filed after toddler tumbles out of car in Mankato

The complaint says Hassan was "crying and upset." She went up and hugged the child in the car seat. 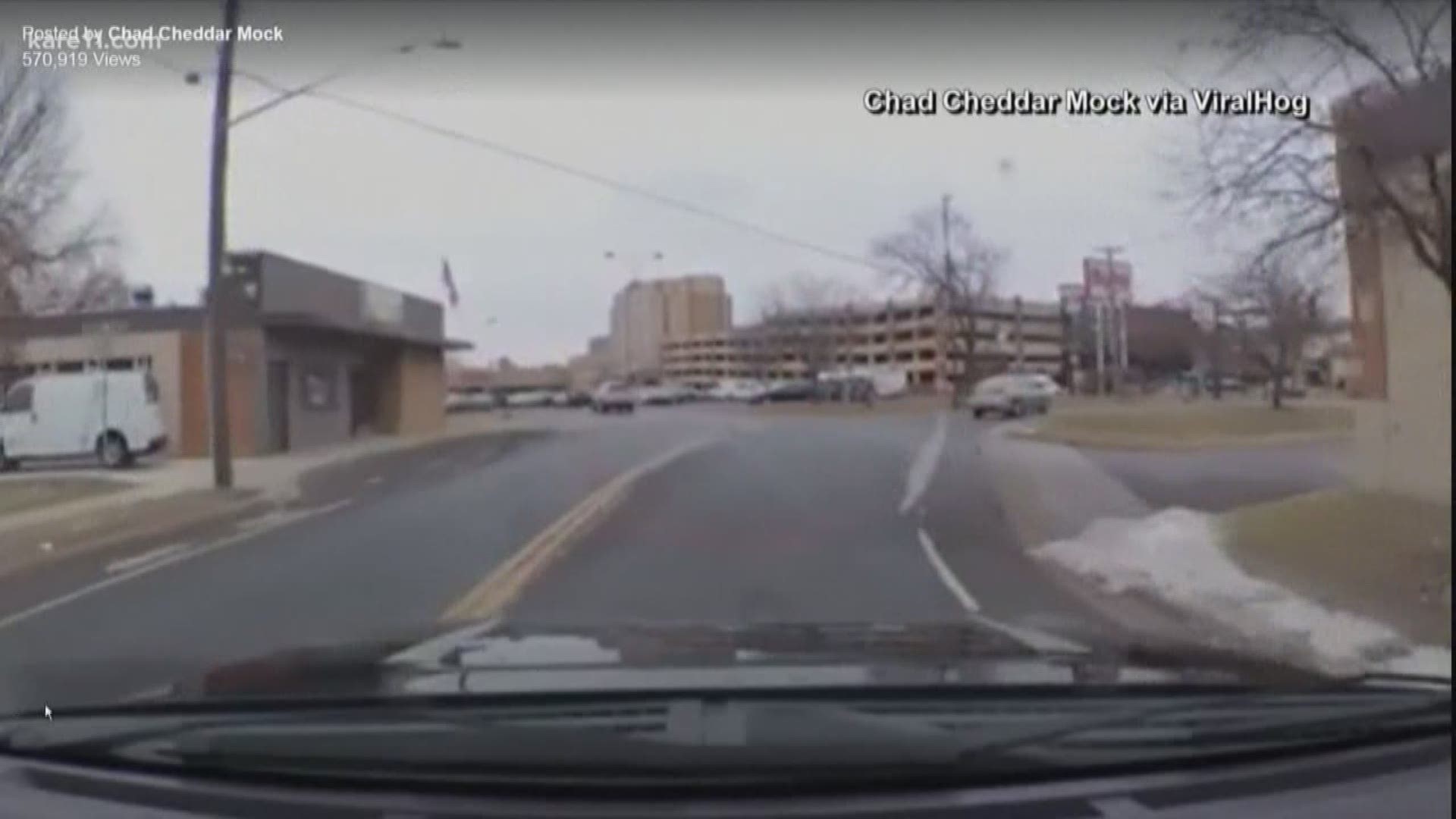 MANKATO, Minn. — A Mankato woman has been charged with child endangerment after a toddler tumbled out of her car on Monday.

The criminal complaint states that another driver flagged down officers at about 11:45 a.m. on Monday on Cherry Street and Riverfront Drive in Mankato. The man told police that a child had fallen out of a car ahead of him and landed on the road. The complaint states that the child was about 2 years old and was sitting in a car seat.

WATCH: Toddler OK after tumbling out of car in Mankato

Police say Maimuna Hassan, 40, was driving the car when the child fell out. Witnesses told police they saw her vehicle pull out of the Hy-Vee parking lot and turn onto Minnesota Street, when the rear door opened and the car seat fell out.

She pulled over, and came back to the scene with a second child. The complaint says Hassan and the other child were "crying and upset." Hassan went up and hugged the child in the car seat.

Through an interpreter, Hassan told police that the door popped open and the car seat rolled out. She said the child had been secured but must have unlocked it. She said she drove up the street to park and then came back.

Police say that Hassan did not have a Minnesota driver's license, and only had an instructional permit.

She's charged with gross misdemeanor child endangerment, as well as a misdemeanor driving with only a permit, and a misdemeanor related to the car seat not being fastened.