Organizers at the Mah Kota Pow Wow say the girl was sleeping in a tent with her family when a storm moved through the campground overnight. 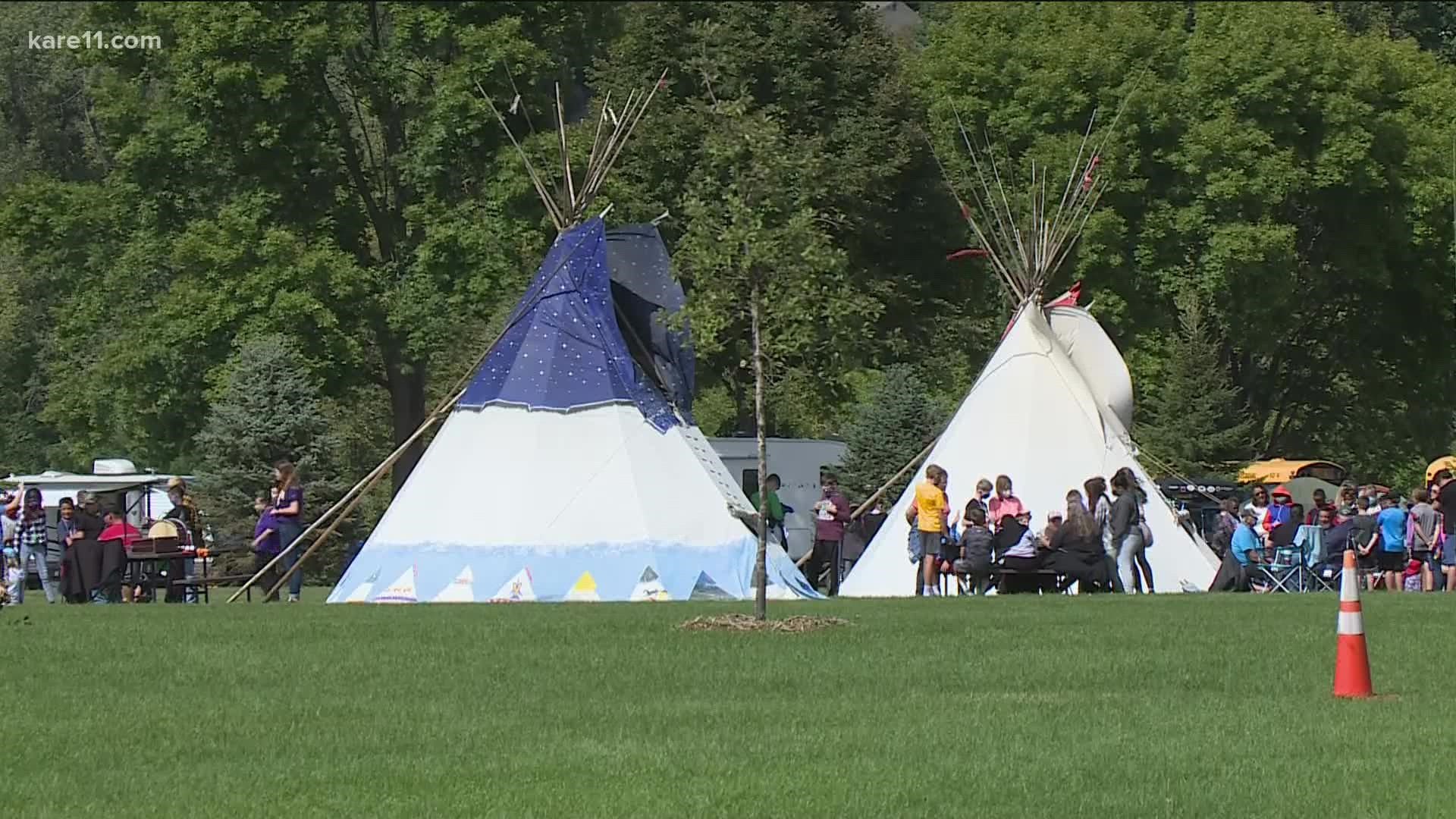 MANKATO, Minn. — Authorities in Mankato say a 4-year-old girl has died after a tree branch fell on top of her tent overnight at the Mah Kota Pow Wow in the Land of Memories Park.

According to pow wow organizers, the girl named Natalia was sleeping alongside her mother and baby sister when a tree limb fell on top of their tent around 2:30 a.m. Friday. A post on the city's website says first responders tried to save Natalia at the campground before taking her to a nearby hospital, where she later died.

A line of strong storms were moving across Minnesota at the time.

Natalia's mother has some minor injuries and her baby sister was unharmed. The family, who is from South Dakota, has attended the annual pow wow at the campground for years.

Organizers say Natalia was a jingle dress dancer and scheduled to perform in a dance on Saturday. The pow wow, which is in its 49th year, will go forward with the dance in Natalia's memory. A tribal elder explained to KARE 11 that jingle dances are about healing, and therefore a fitting tribute to support Natalia's family.

Organizers also plan to hold a traditional "blanket dance," which is a way to raise money for people in need. Between 6,000 and 8,000 people are expected to attend the Mah Kota Pow Wow this weekend.