The stands may be empty but fans are still getting a taste of baseball. CHS Field has opened a Pop-Up Cafe, open seven days a week from 11 a.m. to 2 p.m. 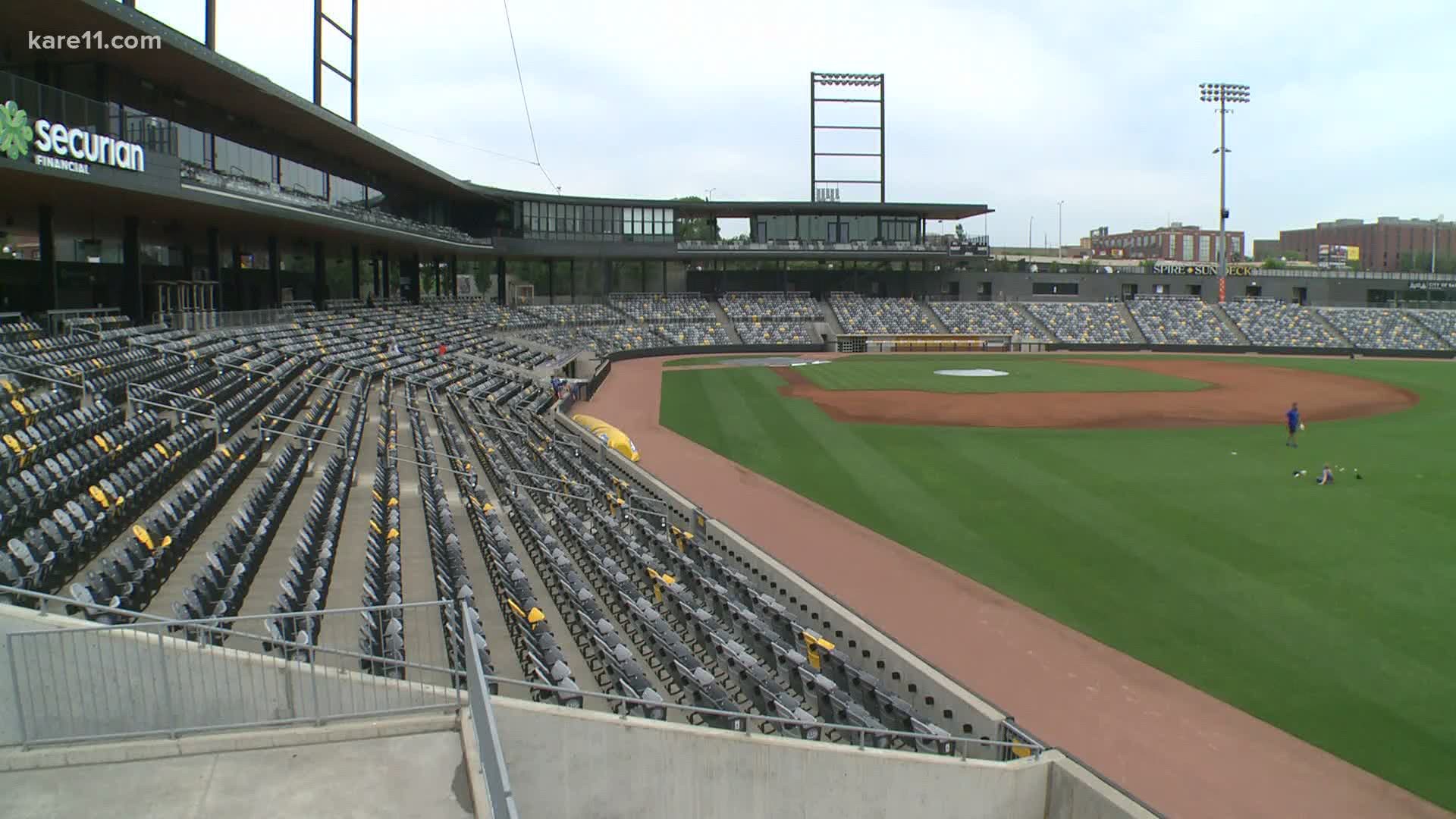 On Monday, CHS Field opened for lunch with its Pop-Up Cafe. Tables are set up on the concourse of the ballpark.

"So the goal was to open the ballpark. Since we can't play baseball right now, the next best thing was to bring the food of the ballpark to people and so we decided to open up this Pop-Up Cafe," said Sean Aronson, vice president and director of broadcasting and media relations.

Aronson said it's one way to enjoy the ballpark until capacity restrictions relax enough for the Saints to return. Right now, no more than 250 people are allowed inside CHS Field.

"We're all missing baseball right now. I'm sure not just the fans but us as well. The good news is we're going to be able to open up on July 3. Unfortunately, our home ballpark is going to be Sioux Falls for the time being. But the moment we can come back here, we will," Aronson said.

Credit: Heidi Wigdahl
The cafe is offering everything from traditional ballpark fare to tacos and fried cheese.

The cafe is offering everything from traditional ballpark fare to tacos and fried cheese. You can see the full menu, here.

Besides the cafe, they're running a kids baseball camp with COVID-19 safety measures in place.

"We walked by the other day and saw the kids playing baseball and thought it would be a fun, little get out of the house for lunch," Annie McCahery said.

McCahery and PJ McCourtney live nearby. It was McCourtney's first time inside CHS Field.

RELATED: After nearly three months, a return to indoor dining in Minnesota

"It's awesome. It's beautiful. It's not massive so... you get a closer sense of camaraderie, I guess," McCourtney said.

"It's been pretty steady. For a place that's not a restaurant, for people that aren't expected to come down here for lunchtime, we've done pretty well. But this wasn't just about us; this was about helping Lowertown, in general. There are a number of restaurants and businesses down here and we just want to bring people down to the area," Aronson said.

The cafe is open seven days a week from 11 a.m. to 2 p.m. Guests are required to make reservations at saintsbaseball.com.