'Everybody is welcome.' Church says allegations of age discrimination unfounded 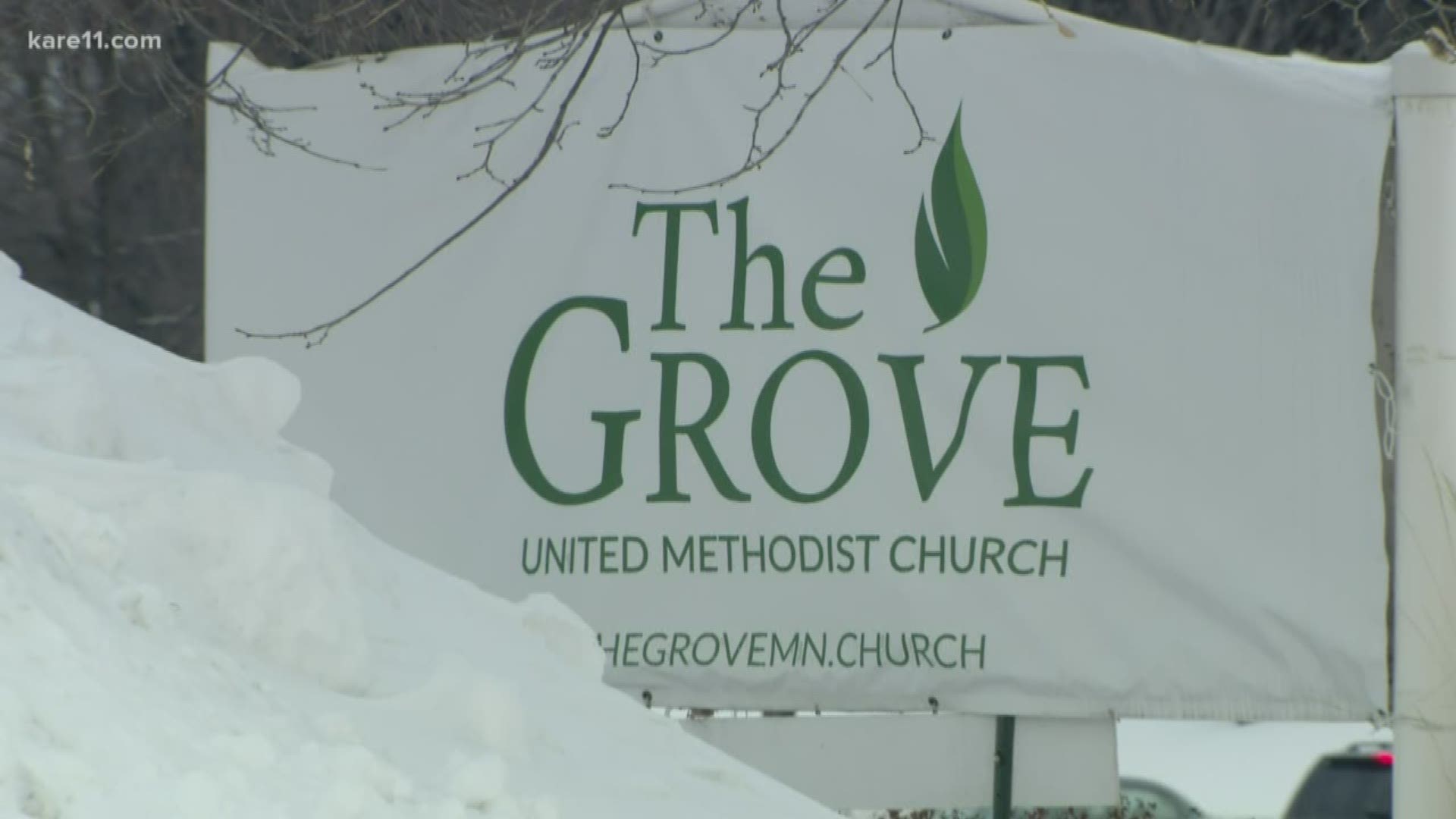 COTTAGE GROVE, Minn. — The Grove United Methodist Church does not see a future without change.

Regular attendance at the Cottage Grove location has dwindled to about 30 people, and long-term viability has seemed increasingly uncertain.

"We, for over the past decade, have struggled," Lead Pastor Daniel Wetterstrom said. "Struggled to grow. Struggled to reach people."

To ensure survival, The Grove has turned to a technique known as the "relaunch," which has been used by other struggling Methodist churches in Minnesota with successful results. Funded by the Minnesota Annual Conference, the local Methodist organizing structure, the "relaunch" will work as follows: The Cottage Grove location will close in June temporarily, before reopening in December with a new pastor named Jeremy Peters. A young and vibrant demographic will be targeted to help grow the church.

"We are trying for, and hoping, to create an inter-generational church down in Cottage Grove," Wetterstrom said.

The relaunch plan, however, has incensed certain members of the church, who say they feel alienated and discriminated against due to their age. Bill Gackstetter, who joined the church a decade ago, said he was particularly upset by a request that current members worship elsewhere — at The Grove's second Woodbury location, if they would like — for 15 to 18 months after the relaunch.

"It made me feel sick that they would treat other Methodists like that," Gackstetter said.

Gacksetter said that most church members are older and do not know where to turn during the transition period. Church leadership has clarified that nobody will be turned away from worship — either during or after the relaunch period — but it has not eased fears from current members who feel they're being driven out due to age.

Gackstetter said he feels unwelcome to return based on correspondence with church leadership regarding the 15 to 18-month transition period and the emphasis on attracting a younger generation.

In an interview with KARE 11, Pastor Wetterstrom unequivocally denied that any age discrimination is occurring.

"No. One of the things that I love about pastoring this church is we are an inter-generational church," Wetterstrom said, adding that all members regardless of age will be allowed back. "Everybody is welcome. Our hope is they're not going anywhere. This is their church."

Gackstetter has interpreted the church's message differently. His complaints were published early this week and picked up by outlets across the U.S., including the Associated Press. In response to the media attention, The Grove published a letter to members on its website, claiming the news coverage has not accurately portrayed the relaunch process.

"A relaunch is a well-tested approach to church-planting, and several other churches in the Minnesota Conference are seeing success after a relaunch," the letter stated, referring to churches in Hutchinson, Roseville and St. Croix. "The worshipers at the Cottage Grove location are beloved members of our church family; their presence and contributions are part of our identity. The Cottage Grove members have been invited to serve on a transition team to identify the traditions and values that are important to them and to explore options during and after the relaunch."

Church members met with leadership on Tuesday evening to discuss the transition.