Two Burnsville businesses are now open despite not getting clearance by the state. At least five cities have passed resolutions for businesses to reopen 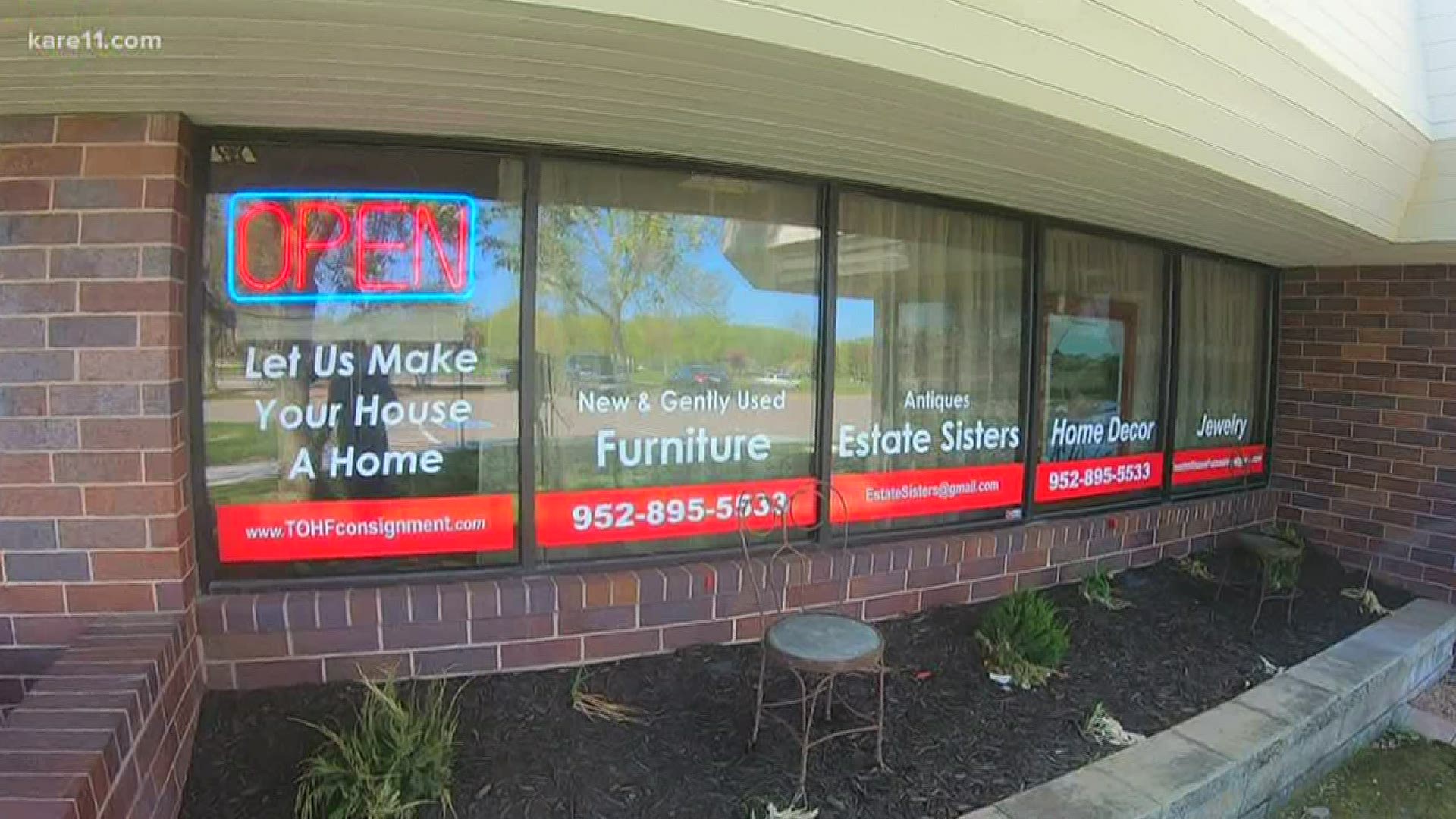 BURNSVILLE, Minn. — After 38 years in business, Micky Mariette is hanging on by a thread.

Her consignment store "Touch of Home" has been closed since March when Governor Tim Walz signed his executive order.

But the fact Walz allowed big box stores to stay open from the very beginning has Mariette saying "Enough."

"And I just felt we need somebody to help and speak up for small businesses," she said.

So Mariette opened her shop Tuesday morning without the state's permission, with plexiglass installed inside, a sanitation plan and a limit of 15 customers at once. All precautions that add to the fact she believes shopping there is much safer than a box store.

"Because the Governor has said box stores are where you can go to, even though there's 200 or 300 people you have to go shop with, what I'm hearing back is, how dare I open my business and spread this disease?" she said.

While Mariette and another Burnsville businesswoman are standing up to the Governor's order, several Minnesota cities are beginning to do the same.

Customers were ready to support Mariette as soon as she opened her doors. She hopes to soon get support from the state as well.

"This wasn't like a grand opening, like we're trying to get a thousand people in here. We're just trying to say, treat us with respect," Mariette said.

On Wednesday, Governor Walz is expected to make an announcement concerning Minnesota's stay at home order -- with potential changes to the current rules involving businesses.

RELATED: How to keep your glasses from fogging up while wearing a mask