One bat was found in the Lowry Hill East neighborhood, and another in Near North. 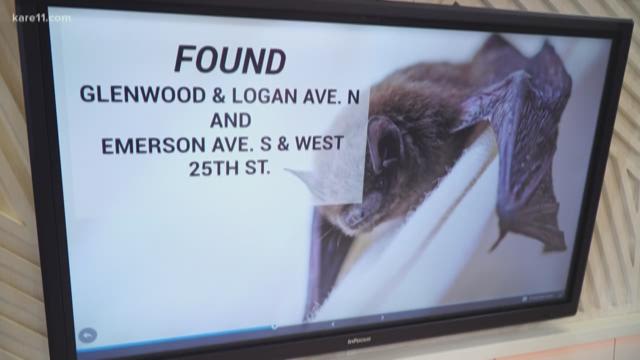 Minneapolis animal control has found two rabid bats in highly populated areas of the city in the last five weeks.

According to Minneapolis Animal Care and Control (MACC), the most recent was found near the intersection of Glenwood Avenue and Logan Avenue North, in the Near North neighborhood, on Wednesday. They also found a bat with rabies on May 23 near Emerson Avenue South and West 25th Street, in the Lowry Hill East neighborhood.

Rabies can be spread when an infected animal scratches or bites others, according to MACC. It can also be spread if the animal's saliva comes into contact with a person's eyes, mouth or nose.

Rabies is "almost always fatal" after symptoms set in, according to MACC. Those can include aggression, agitation, confusion, muscle spasms, seizures, weakness and paralysis.

The city of Minneapolis asked residents to take these precautions:

More information is available on the Minnesota Board of Animal Health website.