The Pier Improvements Project redeveloped and improved the Dunkirk Pier and harbor front to make it more pedestrian friendly. 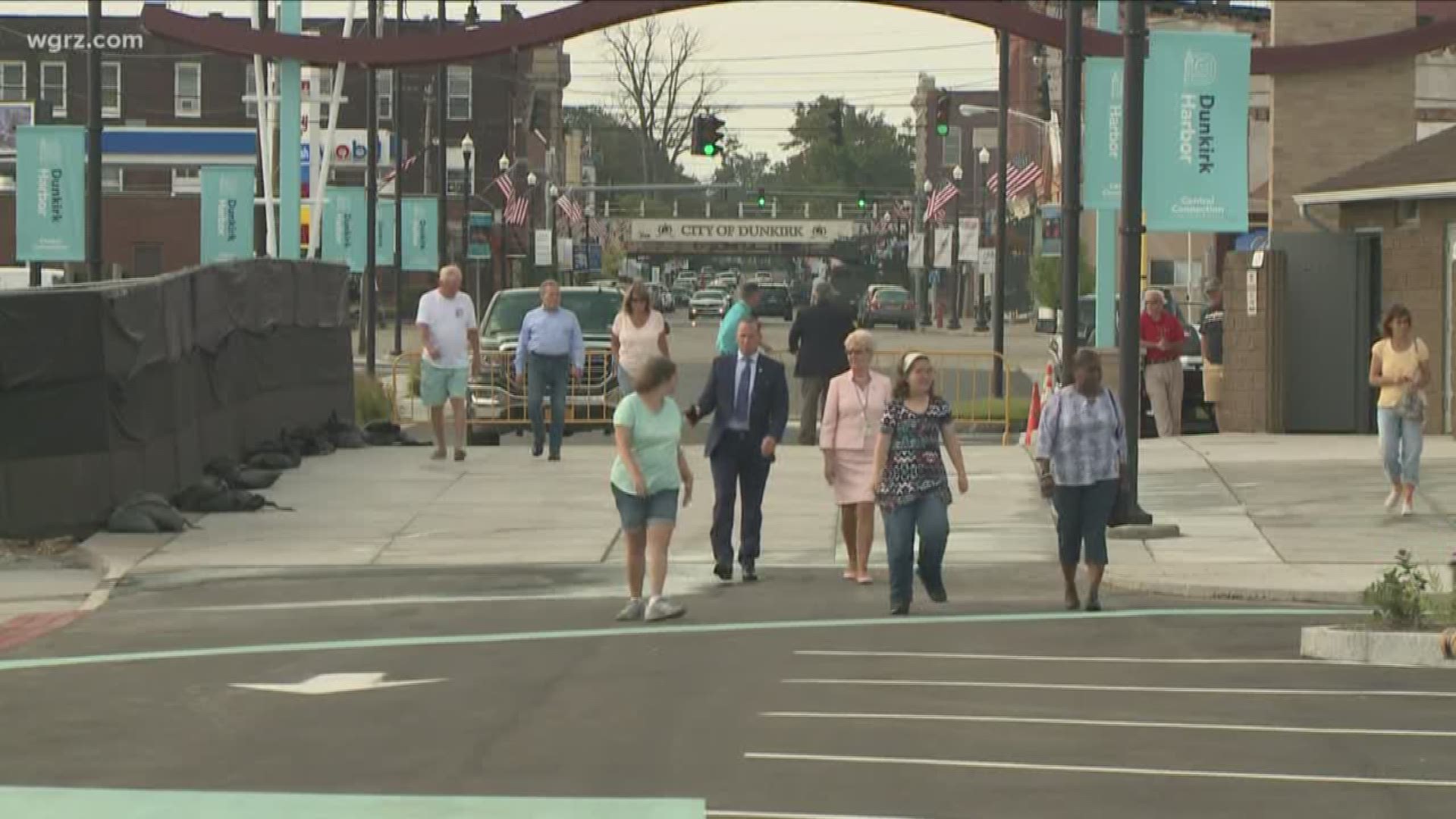 DUNKIRK, N.Y. — On Monday, Empire State Development and the City of Dunkirk held a press conference to officially unveil enhancements along the waterfront.

The Pier Improvements Project redeveloped and improved the Dunkirk Pier and harbor front to make it more pedestrian friendly. Developers increased pedestrian access to Lake Erie and Dunkirk's waterfront trails, as well as adding new lighting and signage to help visitors get around.

According to the city planner on the project, improvements also increased fishing and water recreation opportunities. There is more seating and green space along the pier.

New York Lieutenant Governor Kathy Hochul was on hand to say a few words and cut the ribbon on the new pier.

"The investments made at the Dunkirk Pier and Harbor will help to boost the area as a waterfront destination," Hochul said. "Our Smart Growth fund is a recognition of the importance of pedestrian access and growing downtowns across Western New York. These improvements will ensure local residents and visitors have a world-class experience during their visit to Chautauqua County and strengthen the local economy."

The redevelopment project was funded by $2.5 million in state grants secured through the Buffalo Billion Phase II Initiative; $1.7 million of which was spent on pier improvements alone.

RELATED: Dunkirk man part of crew that picked up Apollo 11 astronauts after return to Earth

RELATED: Why is the East Eden Road Bridge still closed in Hamburg?