The announcement was made in a virtual news conference was held by Ben Crump, Esq., S. Lee Merritt, Esq. and Angela Rye, Esq. via Zoom. 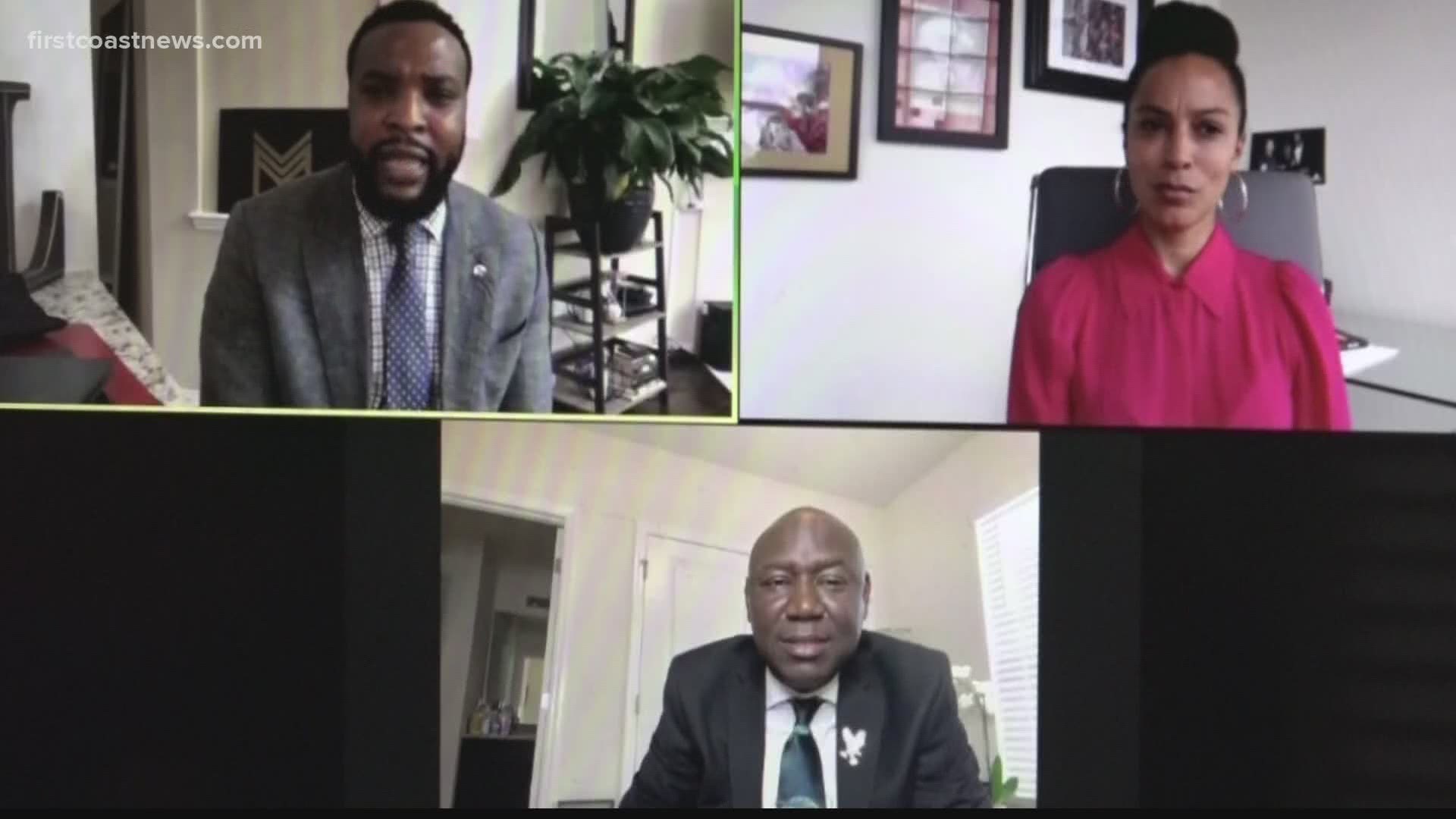 Civil rights attorneys for the families of Ahmaud Arbery, Breonna Taylor and George Floyd held a virtual news conference Wednesday to provide updates on their cases.

The press conference comes after the three suspects in Arbery's case pleaded not guilty to the nine charges related to Arbery's murder that they each face Friday. A judge also denied bond for them Friday.

Attorney Lee Merritt said they plan to file a civil suit in the next 10 days that states "Glynn County shares liability in Arbery's murder."

Specifically, Merritt referenced a text message a Glynn County Police Officer sent to a man in the neighborhood Arbery was shot and killed in. The man said there were several trespassers at his home that's under construction. The officer gave him one of the suspects, Gregory McMichael's number, and told him to call McMichael, a former officer if he had any more issues.

"Our concern is that Glynn County’s actions contributed to them [the suspects] believing that it was ok to hunt a young man down while he was out jogging and killed him in the middle of the day," Merritt said.

Merritt went on to say the officer encouraged the neighborhood of Satilla Shores "to rely on vigilante justice, to rely on their neighbors as opposed to law enforcement officers who are trained to deal with suspicions of crimes and certainly for the McMichaels, they're relying on the defense they believe they were doing a police function that they had the authority of police entities in the community in their actions," Merritt said.

Merritt also mentioned the first two district attorneys on the case are under criminal investigation by the FBI for potential misconduct, specifically why it took so long to arrest the suspects.

Merritt called the Arbery case a model for the nation. He said community members, including members of Arbery's family, took the case from one of racial violence that is "often ignored," and they made it a big national story.

"They successfully advocated for that and they got a hold of the evidence that they needed, we saw the outcomes. We saw arrests that started being made. We saw federal investigations. We saw the White House responding ... that's how a democracy is supposed to work. The people force the elected officials to do their job because that's what the people elected them to do," Merritt said.

There's no trial date set yet for the Arbery case, in part due to COVID-19 restrictions. The judge said Friday when they can move forward, they will.

Next Steps In Pursuit of Justice