Close call in Coon Rapids after tire rips through window

Mary Kodada heard a blast and had no idea what happened -- until she saw a tire sitting in her living room. 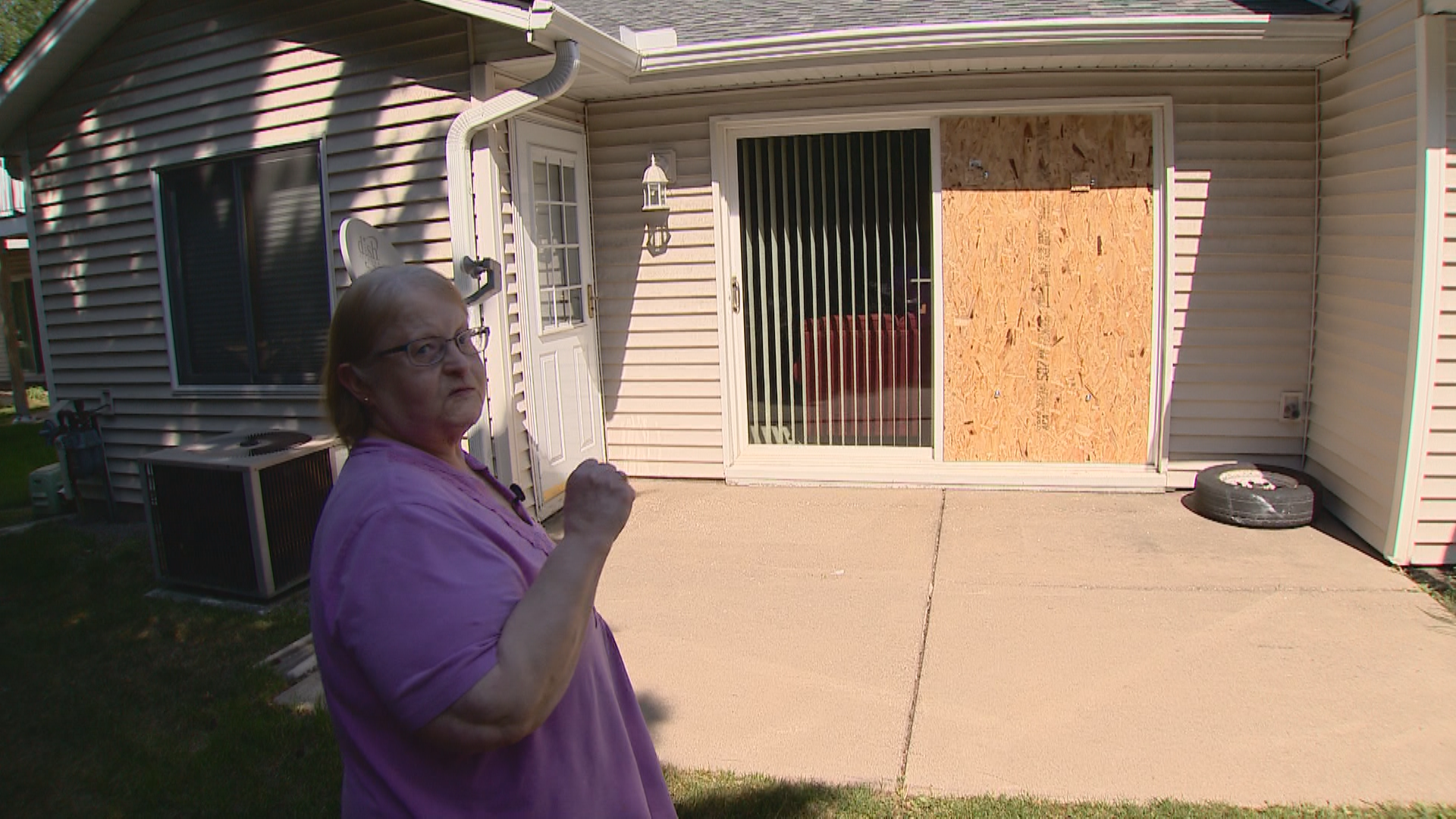 “I was sitting in my chair reading my mail, and I just heard a blast,” Kodada said. “I just… turned away from it with my hands. I didn’t know what it was.”

The blast ripped a hole through her living room wall.

“I didn’t know what happened,” she said, “until I opened my eyes.”

That’s when she noticed a tire, resting next to her leg after it ricocheted off the living room wall. Kodada was not hurt, but the flying tire destroyed her sliding window and caused glass to explode all over her Coon Rapids home.

Based on the path of damage, Mary believes that the tire must have come from a vehicle heading northbound on East River Road. After springing loose, the tire would have threaded narrowly through two trees and a satellite dish to collide with Kodada’s back window near the living room.

A spokesperson for Coon Rapids Police told KARE 11 they “believe this was a complete accident.” According to an incident report, police spoke with a witness who “observed a tire rolling down East River Road… there was no vehicle seen near or in the area which would have been consistent with the tire rolling down the road.”

Kodada is grateful she was not hurt – and that walkers and bicyclists who usually frequent East River Road were not in the area at the time.

“I mean, they could have been killed by that tire without even knowing it,” Kodada said. “So, maybe it’s safer that it landed in my place. It was a blessing.”

Mary’s insurance should cover the damage.

But she still has lingering questions about how this happened.

“I suppose the tire, they can just slip off and go by themselves – like on the freeway, sometimes they do,” Kodada said. “My bad luck!”

Coon Rapids Police say they would welcome any information about where the tire originated from, if any members of the public witnesses the accident.