Parker Hanson, a former pitcher at Augustana University in South Dakota, was was fitted for a new prosthetic arm on Friday at Shriners Children's in Woodbury. 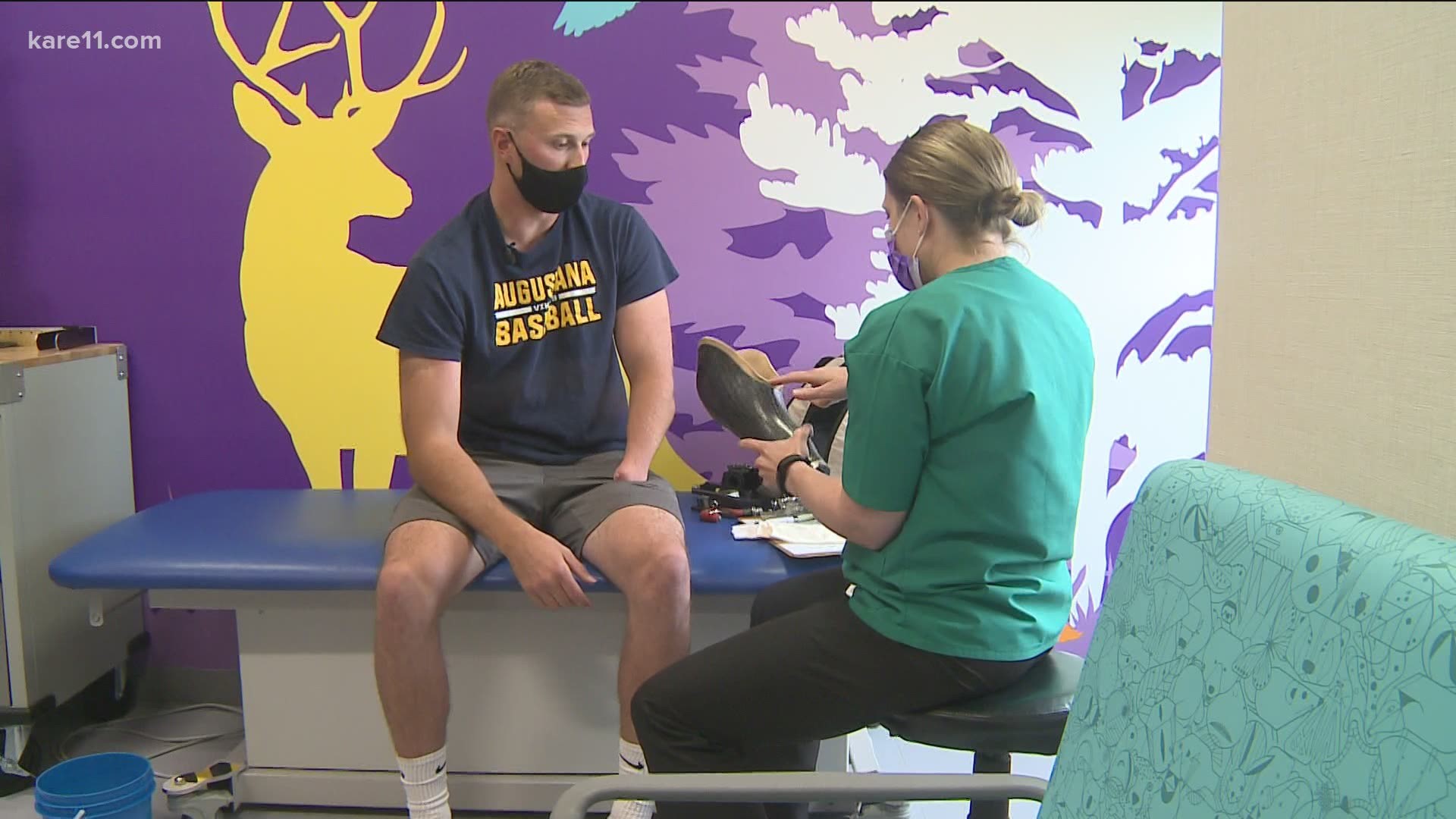 Parker Hanson has always made the best out of a bad situation.

He was born without a left hand, but he never let that get in the way.

"He turned into a remarkable athlete,” Dr. Robin Crandall says.

Over the years he has fitted Parker with several prosthetic arms.

He knew Parker was interested in baseball, but he never could have imagined where that passion would take him.

“I mean, I remember hearing that he was throwing pitches there like 90 miles an hour when he was in high school,” Dr. Crandall says.

Parker eventually got the opportunity to pitch at Augustana University in South Dakota.

Things were going well for Parker, until about a month ago when someone broke into his car and stole his backpack.

“It’s where I normally keep my arm and my attachments,” Parker says.

"It was just kind of heart break, just gut wrenching."

Parker eventually got the backpack and his prosthetic arm back, but it was too damaged for him to use.

Friends and family started raising money to buy Park a new prosthetic arm, but then a few companies and Shriners Children’s came forward and offered him a new arm for free.

"I mean, just super humbling and just shows you how much good is left in the world still and just made you be really grateful,” Parker says.

On Friday, Parker visited Shriners Children’s in Woodbury to get fitted for his new prosthetic arm.

Doctors say he should receive the arm in about two weeks.

But since the arm is free, Parker had to come up with a way to spend the donated money he received.

So, he decided to pay it forward.

Parker’s donation drive brought in a grand total of $9,135.

Parker says he also received a separate donation for $1,000 that came with a company match for an additional $1,000.

He says that money will also be donated to Shriners Children’s as a thank you for all the great work they do for kids.

"The fact that I was able to turn kind of a cruddy situation into something good, at the end of the day, that's the biggest message,” Parker says.

Parker graduated this Spring From Augustana University and he already has a job lined up.

However, he hasn’t given up on baseball just yet.

He says he’s going to play in a few leagues this summer and is planning to keep up with his training in case a professional team gives him a call.