Cole Fossland, 16, first experienced stroke symptoms after school in late October, when his girlfriend, Ellie Biggins, noticed the left side of his body had gone limp in partial paralysis. 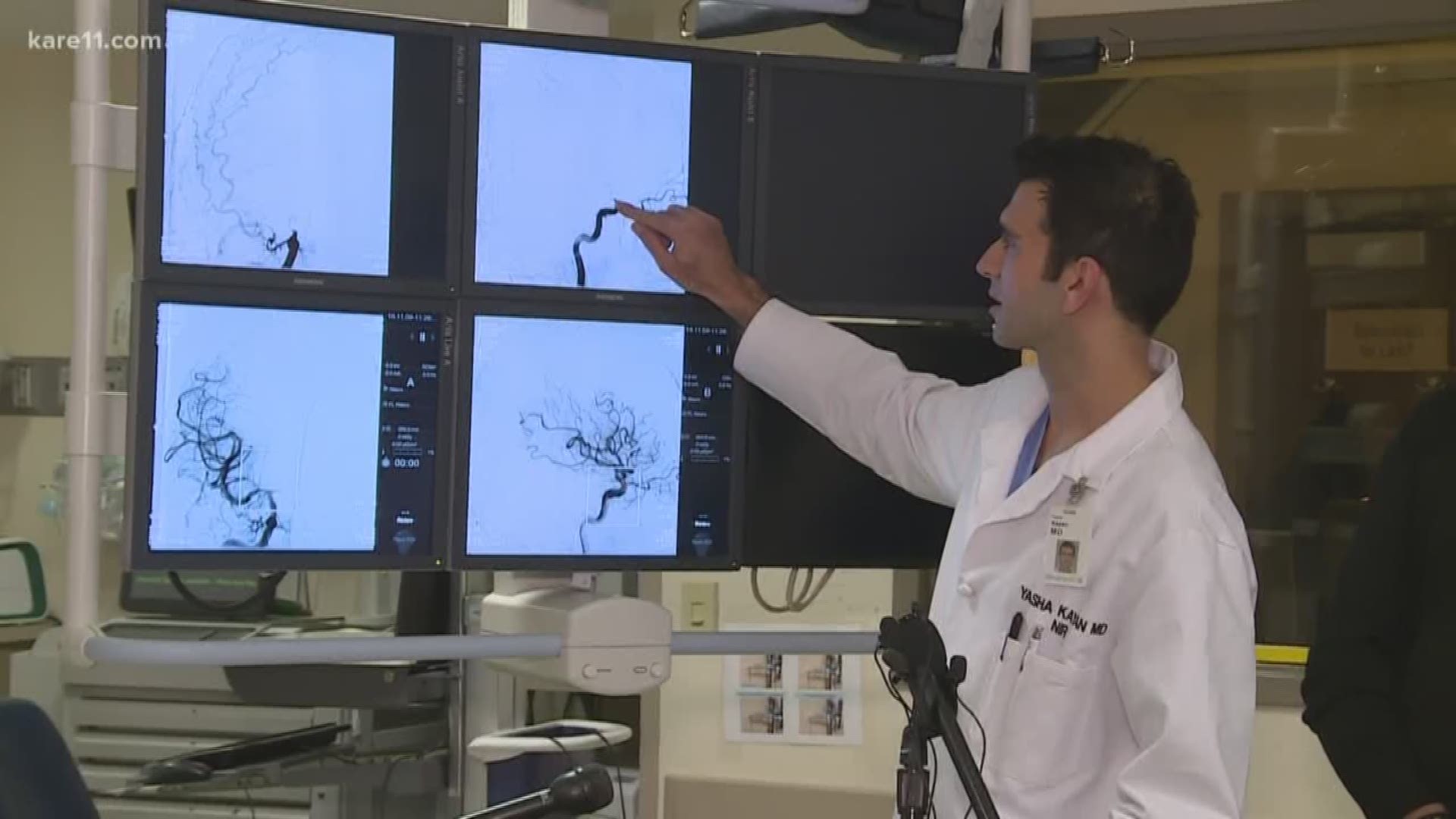 Cole Fossland, 16, first experienced stroke symptoms after school in late October, when his girlfriend, Ellie Biggins, noticed the left side of his body had gone limp in partial paralysis.

Fossland was smiling, but only with half his face. Biggins called 911, and alerted Fossland’s parents, where soon paramedics would tell the family, it seemed Cole was suffering from an acute stroke.’

“I just kept rubbing his head telling him it’s going to be ok, it was pretty much the worst day of our life,” said Dana Fossland, his mother.

After emergency crews rushed Fossland to Children's Minnesota, doctors confirmed stroke symptoms and immediately transferred him to the Abbott Northwestern Hospital's emergency room. Strokes in teenagers are extremely rare, the last time Allina doctors treated a stroke in a teenager was five years ago.

Soon, CT scans of Fossland’s head revealed the source of the stroke, a major blood clot in the right side of his brain, and doctors knew time would make the difference in Cole’s life. They believe the stroke was caused by a spontaneous tear in his carotid artery, something he could not have prevented.

“Recognizing those symptoms and getting someone in within what we term the “golden hour” is crucial,” said Dr. Mark Young, Abbott Northwestern Hospital stroke program medical director.

“For every 30 minutes that go by, a chance for a good outcome after a stroke is reduced by 10 percent,” added Dr. Yasha Kayan, Abbott Northwestern Hospital lead neuro interventional radiologist.

The doctors teamed up to perform a thrombectomy, a procedure in which a catheter is inserted into the femoral artery in the groin and snaked up to the brain where the clot is suctioned out. They also gave Fossland a medicine to break up the blood clot.

It took 58 minutes to restore blood to his brain, from diagnosis to removal of the clot. One hour gave Fossland a lifetime, and he’s made a dramatic recovery. He says he will likely not return to football because of the risks of injury to his recovering brain, but he plans to continue throwing shot put for his school’s track and field team.

Fossland suffered his stroke on October 29, which happened to be World Stroke Day. He wants to share his story in hopes others can learn the warning signs and receive the swift, lifesaving intervention he did.

“I am extremely thankful for all the support my family and doctors have given me,” said Fossland.