The "Safety for All" plan aims to reinvest police funding for the 2021 budget, although it will face opposition. 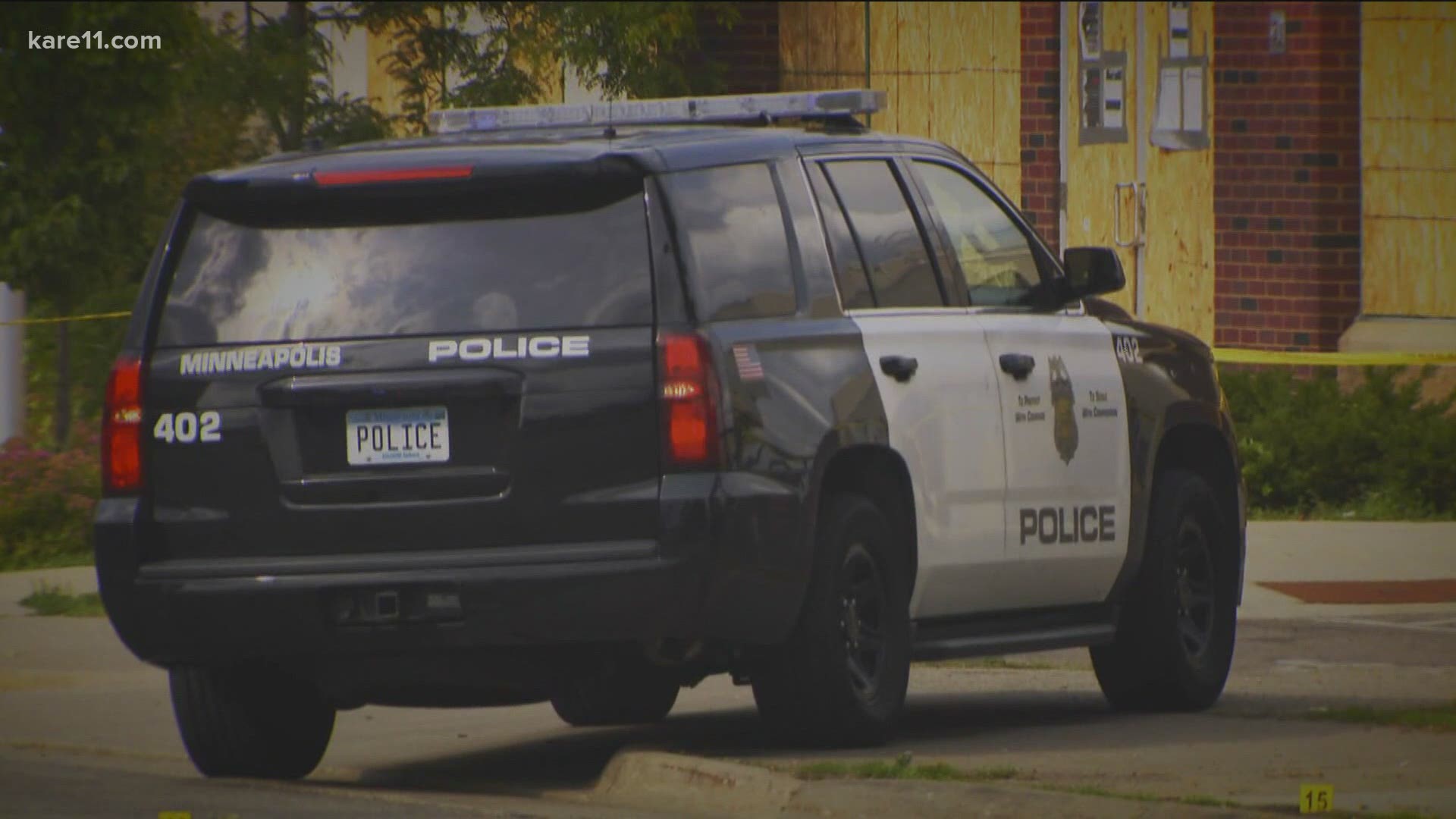 MINNEAPOLIS — Three members of the Minneapolis City Council released a “Safety for All” plan on Friday night to cut an additional $7.9 million from the police department’s budget in 2021 and ultimately reduce the authorized sworn force, opting instead to reinvest funding into mental health crisis response and violence prevention methods.

Hours after the proposal became public, a spokesperson for Mayor Jacob Frey’s office expressed “significant concerns” about shrinking the size of the Minneapolis Police Department on a long-term basis.

Council President Lisa Bender, Ward Three Council Member Steve Fletcher and Ward Four Council Member Phillipe Cunningham created the proposal, which will take the form of an amendment during 2021 budget negotiations this week. The full council plans to vote on a final version of the budget on Dec. 9.

“Minneapolis residents have made a clear call for change,” the three council members wrote in a four-page “Safety for All” document provided to KARE 11. “Over-relying on armed law enforcement has over-exposed our city to potential harms and not led to safety for all in our city. We can and must do better.”

Bender, Fletcher and Cunningham were among the most vocal council members in the earlier push to dismantle MPD in favor of a Department of Community Safety and Violence Prevention. Although that plan did not advance to the November 2020 ballot, the latest “Safety for All” proposal looks to accomplish similar goals by shifting funding and priorities away from police.

Some of the proposed measures include: establishing a new 911 Mental Health Crisis Response for non-threatening calls, bolstering the city’s “311” capacity for crimes such as theft and property damage, transferring Minneapolis Police employees to the Office of Violence Prevention or Neighborhood and Community Relations, and adding money to the Office of Police Conduct Review.

“One of the things we’ve heard really overwhelmingly from constituents of this city,” Cunningham said, “is they would like to be able to see a non-law enforcement response to mental health crisis calls.”

Three Minneapolis City Council members released a "Safety for All" plan, which will propose $7.9 million in further cuts to police and reinvest in other areas. They want to ultimately reduce *authorized* sworn officers by about 15 percent (888 to 750) in future years. @kare11 pic.twitter.com/oNB3TMOQZE

The plan also vows to cut $5 million in police overtime, while lowering the authorized MPD force to 750 in “future years,” down from the current number of 888. That would represent a drop of about 15 percent, although Cunningham said the goal is to also reduce MPD’s call volume by the same total.

“We are taking the work off of the responsibility of MPD to respond to things that are really not for law enforcement to respond to,” Cunningham said. “They’re not trained to be mental health professionals.”

In his own budget proposal, Mayor Frey recommended 888 “authorized” officers for 2021, but has allowed for an actual total of 770 active sworn officers, “due to an unanticipated increase in retirements and other separations.” With the city’s finances reeling from COVID-19, Frey has offered a one-time $12.5 million cut (7.4 percent) to police, among the many departments facing a potential decrease in funding for 2021. The council’s plan would enact further cuts on top of that.

Frey’s spokesperson, Mychal Vlatkovich, said the mayor supports finding different approaches to law enforcement, but he criticized the council’s "Safety for All" plan.

“Mayor Frey has laid the groundwork in his budget proposal for new, alternative responses to low level offenses like theft reports and parking problems,” Vlatkovich said. “However, the mayor would have significant concerns if his council colleagues attempted to make such large, permanent cuts to the number of officers in the department without sound data or community input to support such a decision.”

Under the “Safety for All” plan, the council members are not looking to change the mayor's proposed staffing levels of 770 sworn officers for 2021.

However, by eliminating $5 million in overtime pay to invest in other areas, the three council members would be shifting away money that the mayor had counted on to fill 2021 gaps left by attrition. (A number of MPD officers have gone on leave after the killing of George Floyd and subsequent protests and riots.)

Bill Rodriguez, a member of the community group MPLS Voices that is running the “Safety Now Minneapolis” campaign, said that’s the wrong approach at a time when crime is on the rise across the city.

“So, now the police really have no resources,” Rodriguez said. “And how are they going to staff patrols in our neighborhoods next spring or summer, when all that money is being taken away from them?”

Rodriguez said he’s not against all of the council’s ideas in “Safety for All,” but he said the plan is too rushed.

With only a few days to digest the proposal ahead of this week’s meeting and a December vote on the budget, Rodriguez worries that the general public won’t have an opportunity to review all of the details.

“They’re throwing this out there at the eleventh hour,” Rodriguez said. “I think it’s done more as an appeasement, to a certain segment of the community that has been saying defund, defund, defund … and so they’re saying, ‘we know, we’ll put this together and we’ll throw it out there now, even though we know it’s not ready for primetime.’”

In an interview, Cunningham said his plan fits into a broader public safety strategy that eases the burden on law enforcement.

“The 'Safety for All' plan actually will reduce the amount of calls that MPD will have to respond to, by about 15 percent,” Cunningham said. “That frees them up to be able to focus on core law enforcement work.”

Cunningham also said the long-term reduction to an authorized force of 750 is an intentional move.

“In doing so, we save up to tens of millions of dollars over the next five years,” Cunningham said, “that can be reinvested in other strategies.”