The Senate voted 94-to-1 to approve the legislation aimed at curbing hate crimes against Asian Americans. 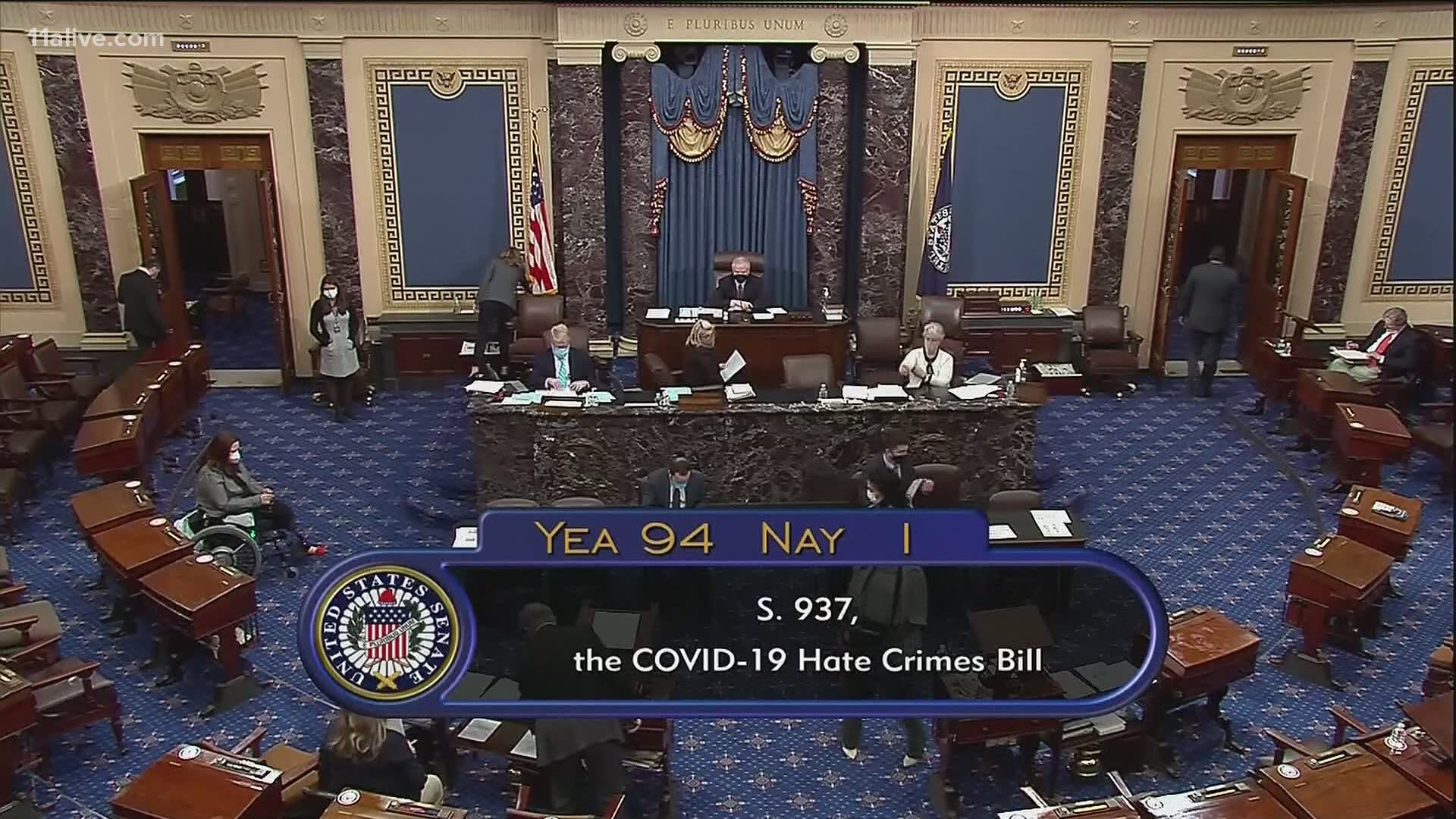 The COVID-19 Hate Crimes Act was first introduced on March 23, a week after six Asian women and two other victims were killed in the shootings that targeted three metro Atlanta spas. The measure received overwhelming support from the Senate Thursday with a 94 to 1 vote of approval.

Georgia's first Vietnamese American state representative said the spa shootings played a critical role in getting the bill to this point.

"I think it was the wake-up call for Americans that people in the [Asian American-Pacific Islander] AAPI community have been asking for," said Representative Bee Nguyen, Georgia’s 89th district.

U.S. Senator Raphael Warnock, who voted in favor of the measure, echoed that with a statement that said in part, "(the bill) honors the lives lost in the horrific March 16th shooting in Atlanta that spurred this necessary and urgent call to action."

The House is working through a similar version of the bill. House Speaker Nancy Pelosi said it will receive a vote. The two chambers have to reconcile the bills before passing them on to President Biden.