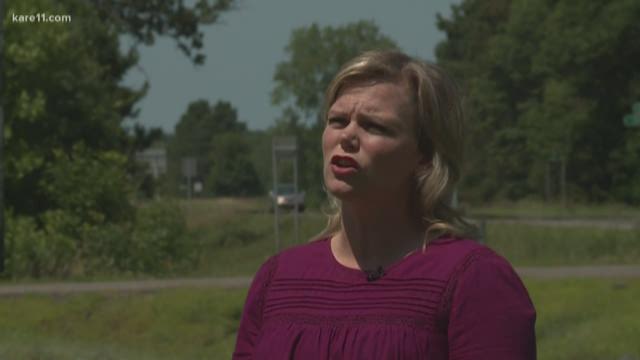 Rep. Neu said the community was already talking about ways to improve safety on the highway even before the latest crashes.

"Certainly, there are some long-term things we have to look at, with MnDOT, with some of these intersections. Does it warrant turn lanes and those kind of things?" Neu remarked.

"But there’s also a huge distracted driving issue too, which is something to think about today on the first day the Hands-Free law is being enforced."

The next day, July 24, David Lavern Winberg of North Branch was killed at the intersection of Highway 95 and Hornsby Street, just inside the Isanti County line.  Winberg was a passenger in a car that was rear-ended, while the driver was stopped waiting to make a left turn.

On July 23 motorcyclist Larry Michael Cooper of North Branch was killed in a chain reaction accident at the intersection of Highway 95 and 392nd street. He was struck by a car that had been hit from behind while waiting to turn left.

The Minnesota State Patrol is still investigating both of those fatal crashes, and hasn't been able to determine with certainty why the drivers didn't know that cars were stopped in front of them. Road conditions were fine in both cases.

It's unclear if that stretch of rural two-lane highway is more accident-prone than similar roads.

According to the Minn. Dept. of Public Safety, there have been five fatal crashes on Highway 95 between North Branch and Cambridge since January of 2016.  But three of those five fatal accidents have happened in 2019.

In the same time frame there have been 41 other injury crashes, and 71 property damage crashes. The DPS didn't specify how many of them involved vehicles struck from behind while stopping to turn left.

The city had already approached MnDOT about upgrading the intersection of Highway 95 and 392nd Street, because a church on that corner was contemplating opening a charter school, which would bring more of a demand for a left-turn lane or a bypass lane.

North Branch officials say MnDOT can only pay for a portion of such a projects, citing the transportation agency's $700,000 cap on projects funded by local cooperative grants.  In the case of the 392nd Street intersection, MnDOT suggested the city use it's own funds to foot the entire bill.

A MnDOT official told KARE that the cooperative program is one of several options the agency has for paying for local projects. And a variety of factors, including traffic counts, are taken into consideration when it comes to approving such projects.

In the meantime, Chisago County Sheriff Brandon Thyan said there will be more speed enforcement in the coming weeks because speed, distractions and alcohol are the most common causes of such crashes.

Sheriff Thyan was part of a brainstorming session with local law enforcement, the State Patrol, MnDOT, county engineers and others in response to the fatalities.

"Things like adding turn lanes, re-striping areas, changing speed limits are all options. These options do not happen overnight and require planning and research."

He said the short-term answer is to find ways to get people to slow down, avoid distractions behind the wheel and to drive sober.

The town was already on edge because a local firefighter died recently in a single-car crash on another highway in the city.