While damage to the large growing building is extensive, Gertens assures customers that the main garden center store remains open for business Monday. 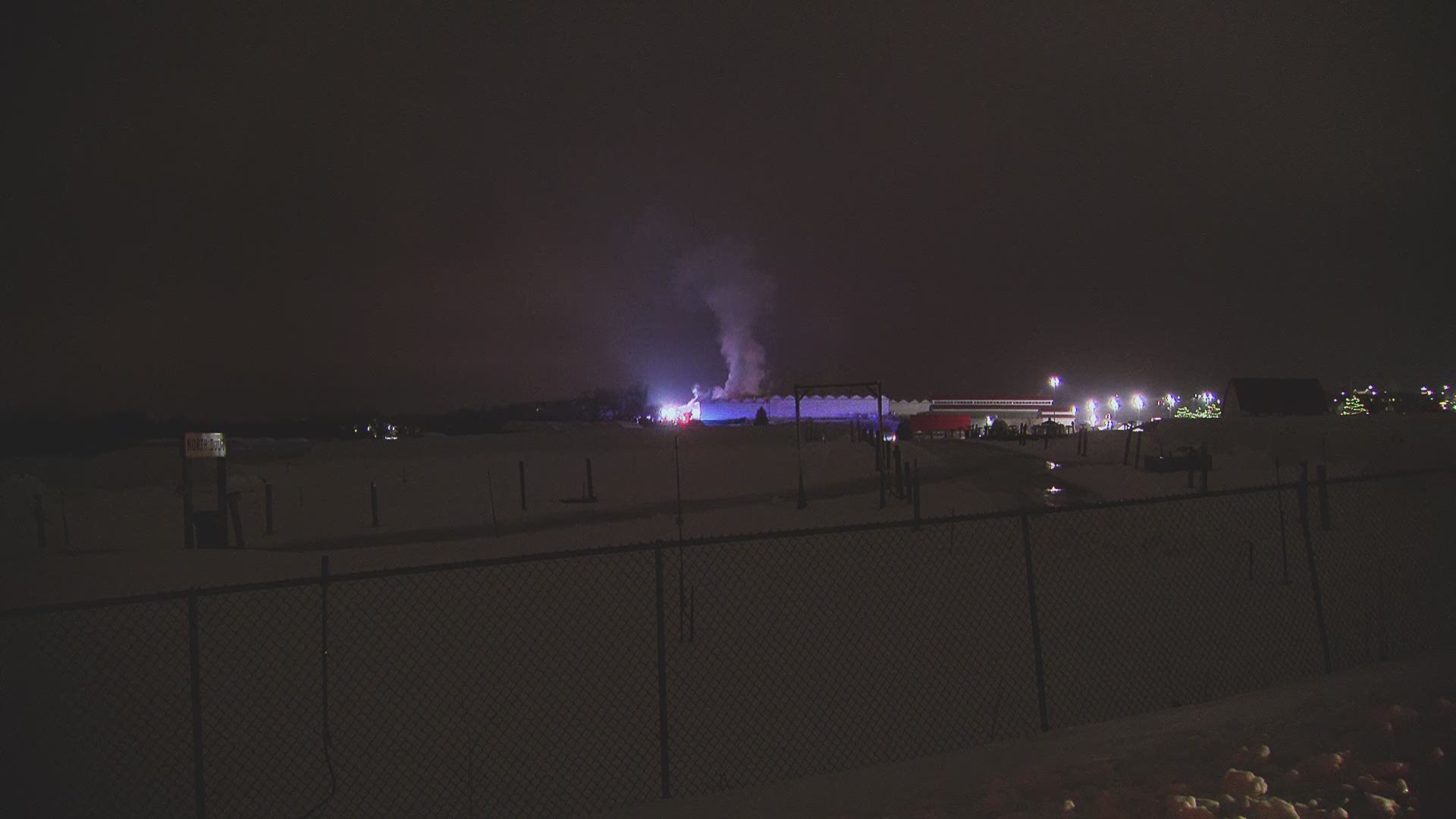 Fire crews were dispatched shortly after 6:30 p.m. to Gertens Garden Center & Nursery in Inver Grove Heights on reports of a significant fire. When engines arrived the fire was immediately upgraded to a second alarm, and eventually a third which brought in personnel from neighboring departments to cover the city in case of additional emergency calls.

In a news release late Sunday Inver Grove Heights Fire Chief Judy Thill said limited access to the structure, a large woodchip pile inside the greenhouse, long hose runs and icy conditions made the job difficult. At this point the cause of the fire is listed as unknown.

No one was injured.

The Gertens Facebook page says it appears the fire was contained to that single greenhouse, and notes that the main garden center store will be open for business as usual Monday. The store thanked Inver Grove firefighters, and those from Mendota Heights, South Metro, and Rosemount who jumped in to help.

"Thank you again to the first responders for their incredible work, the community who helped alert them of the fire, and for all who have reached out to show concern," the post reads. "While this isn’t quite the way we thought we would begin our 100th year in business, we are thankful to have such great customers and a wonderful community to serve, even during times like these."

Gertens co-owner Gino Pitera told KARE 11 he got a call around 6:30 p.m. that there was a fire at one of his greenhouses.

"It being a family business, it's just like getting a call telling you that your house is on fire," Pitera said. "It has that same type of impact on you."

HAPPENING NOW: Large fire burning at one of the greenhouses at Gertens Garden Center in Inver Grove Heights. Multiple departments are on scene. @KARE11 pic.twitter.com/SJ70HEECmT

Investigators from Inver Grove Fire and the Minnesota State Fire Marshal's office will be on scene Monday in an attempt to determine a cause.