Gov. Tim Walz said he does not trust Northern Metal Recycling “to do the right thing.” 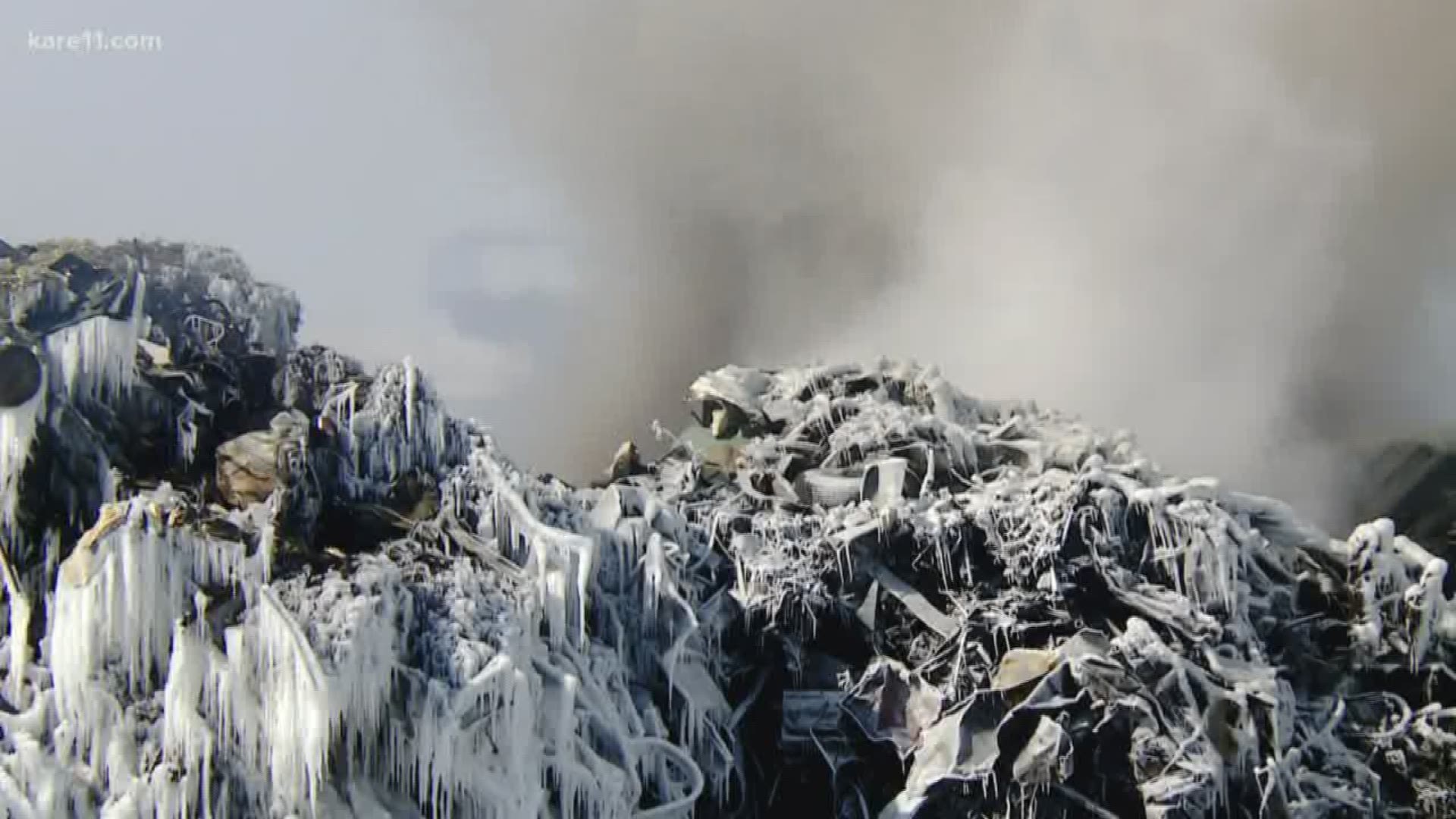 BECKER, Minn. — Police say the fire at Northern Metal Recycling in Becker has been extinguished as of 1:30 p.m. Saturday, with firefighters hired by the company expected to leave by Sunday.

State investigators continue to examine the cause of the fire, as the Minnesota Pollution Control Agency continues to monitor air around four locations near the plant.

The Minnesota Pollution Control Agency (MPCA) called the Becker fire an "imminent and substantial danger" to the public on Friday and has shut down operations until the company can meet certain requirements.

The MPCA told Northern Metal Recycling to temporarily stop accepting scrap metal at its facilities in Becker and north Minneapolis.

Also on Friday, Becker police said early test results show no harmful chemicals have been found in the air.

Speaking at a forum Friday morning at the Humphrey School of Public Affairs, Governor Tim Walz said he doesn't trust the company and wants to hold them responsible for pollution caused by this week's fire at its plant in Becker.

Governor Walz says he is considering placing a 30-day hold on the metal recycling company's permit. Gov. Walz said he is looking at ways to hold Northern Metal responsible. The governor said he does not trust the company “to do the right thing.”

"We are grateful for the extraordinary work performed by firefighters and law enforcement over the last several days. As a 10-year resident of Becker with children and grandchildren in the area, I understand and appreciate the concerns I've heard expressed this week.

Northern Metals Recycling strongly objects to today's contentions from the MPCA. The company worked closely with the MPCA to obtain all necessary permitting approvals.

To be clear: the Northern Metals Recycling facility in Becker has never been operational. The shredder has yet to be turned on and its installation is ongoing. Nevertheless, the facility is otherwise in strict compliance with all applicable requirements.  We would particularly note that all of the recyclable metal subject to the fire was stored on impervious surfaces and all water from the firefighting efforts was contained on-site as part of our newly constructed storm water containment system.  Therefore, there does not appear to be any on or off-site soil and groundwater impacts.

Once it is opened, this state-of-the-art fully enclosed shredding facility will employ 85 Minnesotans and set the benchmark for sustainability and environmental protection for the recycling industry in the state and the nation.

Northern Metals Recycling will continue to be in close contact with state, county, city and federal officials regarding this incident and its cause, which remains under investigation." 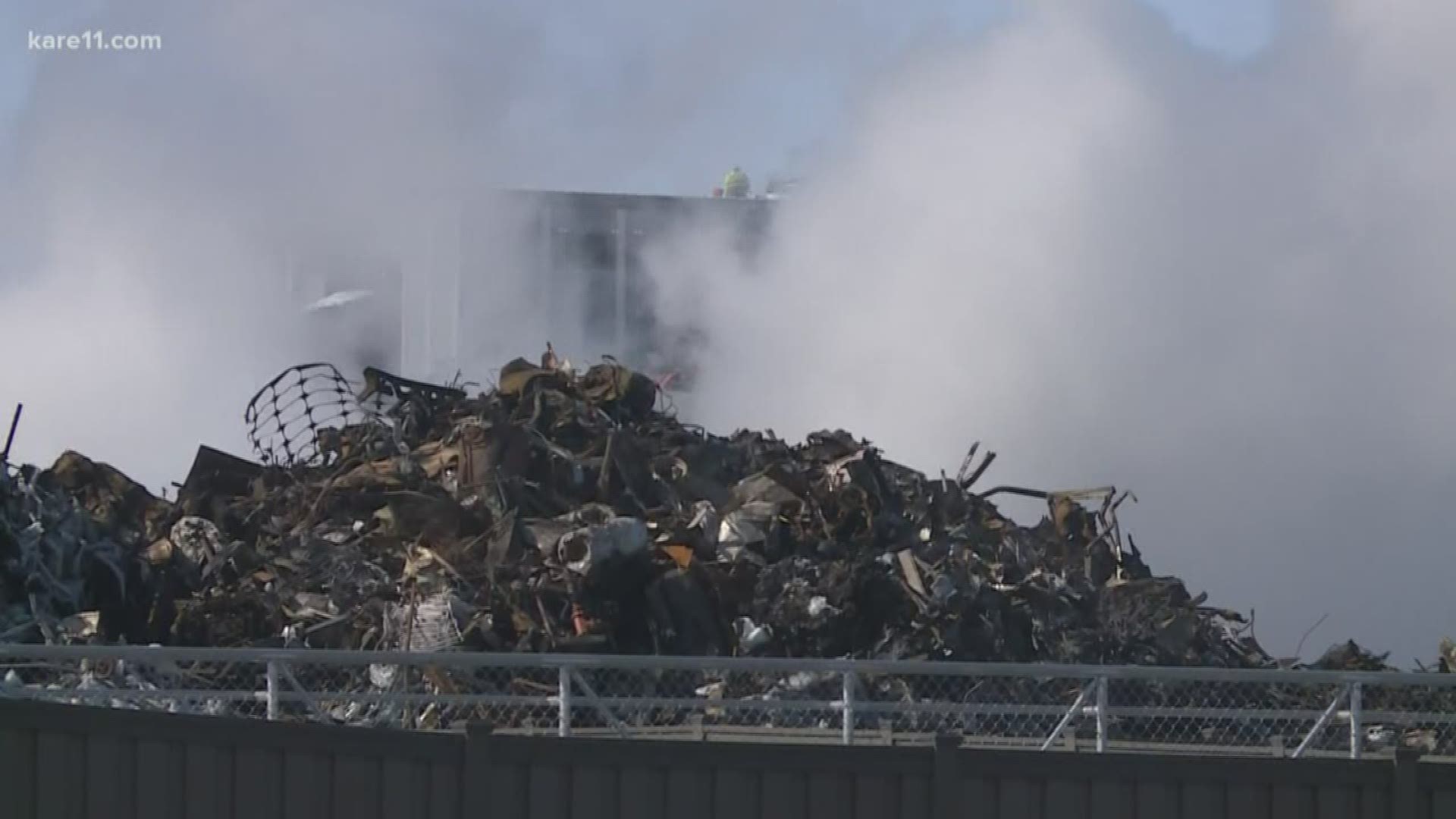 On Thursday, an emergency response team conducted air tests and "found nothing of immediate concern," according to the Becker Police Department.

The fire at Northern Metal Recycling in Becker has been burning since Tuesday morning. Some residents in the area commended MPCA's action, including Hannah Decowski: "I think that's a good thing," she said. "They already had issues in Minneapolis."

Police say members of the Minnesota Hazardous Materials Emergency Response Team completed a third round of air tests Thursday night in Becker and Big Lake, after the fire flared and sent more smoke into the air.

According to a news release the team used handheld devices to test for a "broad range of chemicals that likely would make someone sick. They found no presence of the chemicals their devices detect, such as sulfur dioxide, carbon monoxide and volatile organic compounds."

On Friday, Becker Police said this is the third test that has been done without finding the potentially hazardous chemicals the sensors can detect.

The Minnesota Pollution Control Agency also installed air sensors on Thursday, to detect particulates that could cause asthma-like symptoms. The initial MPCA readings were "normal," according to police. The MPCA also took air samples Thursday and sent them to a lab for testing. Those tests would detect a wider range of chemicals than the devices already being used. Those results are expected Friday.

Becker Mayor Tracy Bertram told KARE 11 Thursday that the site in Becker wasn't operational yet. She said the company had been "stockpiling" vehicles at the site prior to operations beginning, and consequently the pile of vehicles which burned was bigger than what would be typical.

Members of the Minnesota Hazardous Materials Emergency Response Team completed a second round of air tests Thursday night at numerous locations in and around Becker and Big Lake and found nothing of immediate concern.

Using handheld testing devices, the team looked for a broad range of chemicals that likely would make someone sick. They found no presence of the chemicals their devices detect, such as sulfur dioxide, carbon monoxide and volatile organic compounds.

Those results mirror the same tests that were done Tuesday, the day the fire started. Areas tested that day included downwind from Northern Metal Recycling, at Liberty Paper and about a mile southeast from Liberty, They found no level of any chemicals they detect.

The team was continuously monitoring while traveling through both towns and took more extensive tests at numerous sites in each town and at Becker and Big Lake school buildings.

Tests being done earlier Thursday by the Minnesota Pollution Control Agency will look for a much broader spectrum of chemicals. Those test results are expected Friday.

The Emergency Response Team test results Tuesday and Thursday are a positive sign, but they don't eliminate the possibility that the MPCA will find certain chemicals in their testing. Health advisories previously issued remain in space. 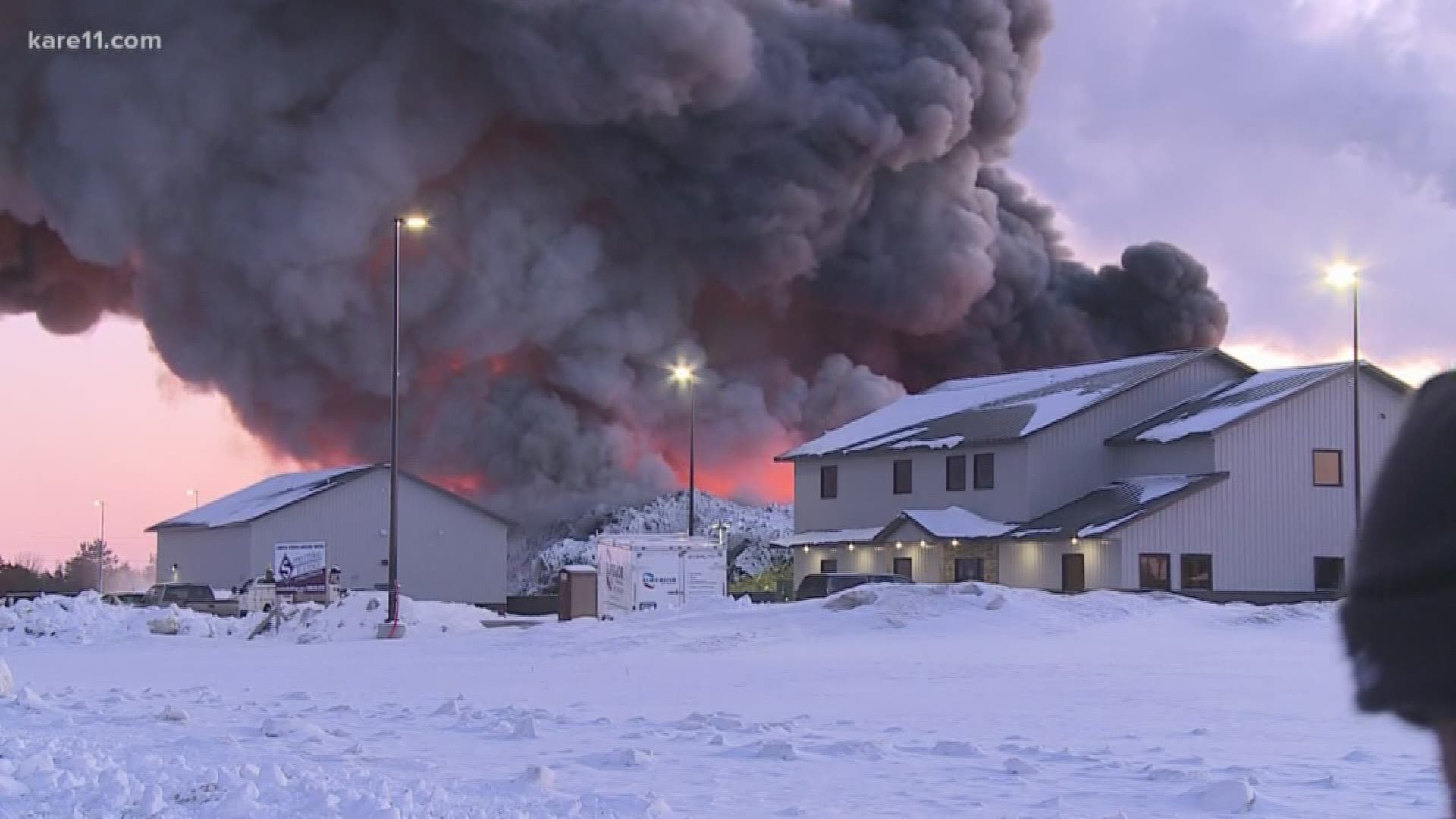 Thanks to all of the hard work of the fire departments and emergency personnel at the Northern Metals Recycling fire, everything appears to be under control.  It is another significant effort from volunteers and community members who helped support these men and women who were working in extreme conditions.

Based on the information we currently have from the MPCA, State Fire Marshall, Hazardous Materials, and other agencies Becker Public Schools will be in session on Friday, February 21st.

There was an opportunity to walk through the schools and the area surrounding the fire with the St. Cloud Hazardous Materials Chemical Assessment Team to analyze a number of chemicals and of the chemicals tested, all results showed no dangers.  There will continue to be testing of chemicals which may take multiple days because of the in-depth analysis being completed.

Another positive indicator was the change of the Air Quality Index (AQI) which changed at about 5:30 pm from moderate to good over areas affected by the smoke.

Due to the circumstances surrounding this event, and as shared earlier, if parents have left town or do not feel comfortable sending their child to school they are free to call their child’s school to excuse them.  These absences will count as excused as they did on Wednesday.

Becker Pubic Schools continues to work hard to ensure the safety of our students and staff based on the information available.  We will continue to monitor results and make decisions based on recommendations from expert analysis.

As stated earlier, “We believe that students are in a safer air environment when they are in school.  Our systems use filtered air and we have the capability to increase or decrease outside air, while many homes may not have this ability,” Superintendent Jeremy Schmidt.

In addition, “We also are continuing to monitor our indoor air, and utilize our tools to continue to provide clean air for everyone within our buildings.”

While we don’t anticipate any other changes, please stay alert for potential further related announcements.