According to fire officials, no injuries were reported but the church has heavy fire damage and a collapsed roof. 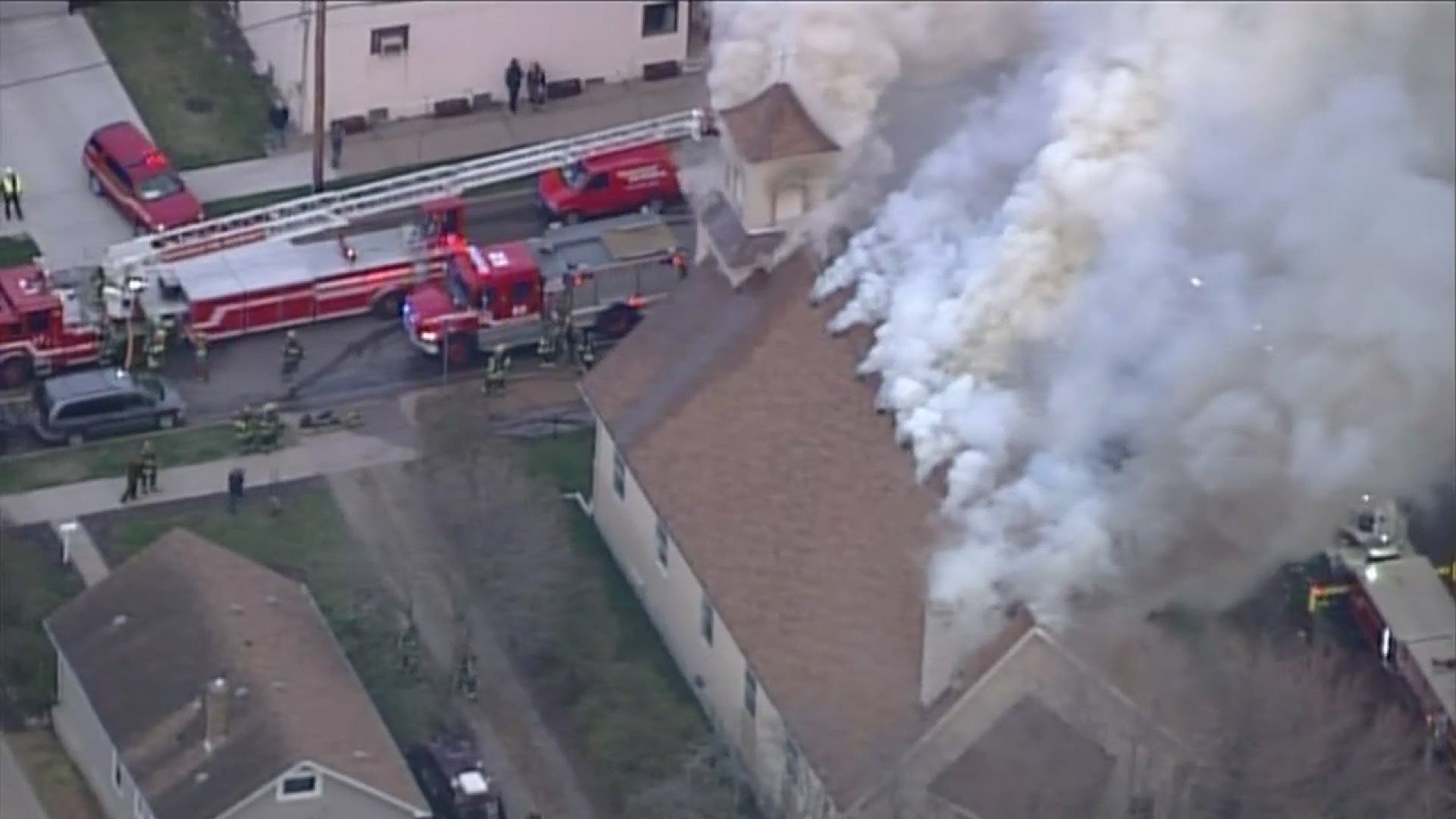 Minneapolis fire crews were on scene of a fire at a church Monday evening on the northeast side of the city.

According to the Minneapolis Fire Department, firefighters were called just before 7 p.m. for a fire at Sacred Heart of Jesus Parish.

When crews arrived, they reported heavy fire and smoke, and a second alarm was called at around 7:15 p.m. for additional personnel and equipment.

A second alarm has been called for extra personnel and equipment. All crews have exited the structure and are now switching to exterior operations.

Aerial footage from Sky 11 showed thick smoke billowing from the roof of the church as firefighters worked to battle the fire.

According to fire officials, no injuries were reported but the church has heavy fire damage and a collapsed roof. At this point authorities have not commented on a possible cause for the blaze.

a GoFundMe page has been set up for the church.