Police in West St. Paul are trying to reunite the chair with the child it's supposed to serve. 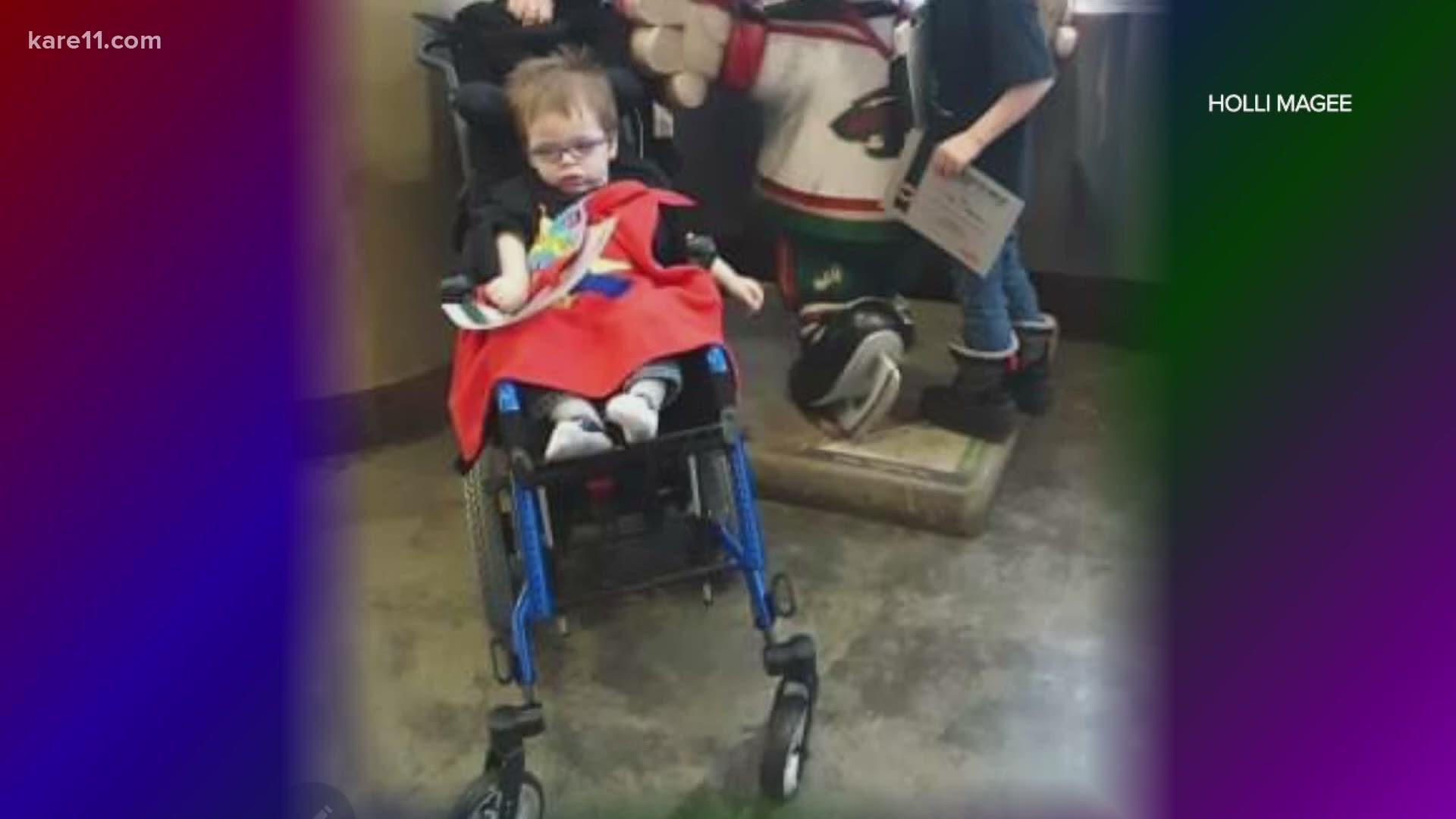 According to the West St. Paul Police Department's Facebook page, the custom wheelchair that was stolen belongs to a 2-year-old with cerebral palsy.

"We would really like to get this back to the young man who depends on this daily," police said in the post.

"I have to leave it in the car overnight, because there's no handicap accessibility here [at her apartment complex]," Magee said.

Magee said the wheelchair cost $6,400, a daunting sum for anyone. To make matters worse, even if she were to raise the money it would take six months to get a new one, because the wheelchair is customized for the boy's needs.

The boy’s mom told me the wheelchair cost about $6,400. But because it was custom, even with money for a new one, it would take six months to get the replacement. @kare11 https://t.co/Z00g8SaLIU

Magee says Levi is dependent on the chair.

"He can't walk. He can't do anything without the wheelchair. It's his legs. It's even like his arms in some cases," she said.

Magee says without the chair the family is essentially homebound and will have trouble getting Levi to physical therapy. They had gone without physical therapy for six months due to COVID-19, she said, and can't afford to miss another six months.

"The older he gets, the less his brain is going to pick up. So, we need to do therapy now," she said.

Whoever took the chair left the backrest.

"Without [the backrest], it's basically not functionable for anyone to use, really," said Heather Magee, Holli's sister.

A GoFundMe account has been set up to cover the cost of a new wheelchair for Levi.

Anyone with information about the wheelchair is asked to call the West St. Paul Police Department at 651-552-4200.

Earlier this week, a custom wheelchair belonging to a 2 year old with cerebral palsy was stolen. If you see the...

Police say the case number to reference when calling with tips about the whereabouts of the wheelchair is 20003416.

OTHER NEWS: Uber bans 1,250 riders for not wearing masks as new rules roll out