Some are calling for change in state law 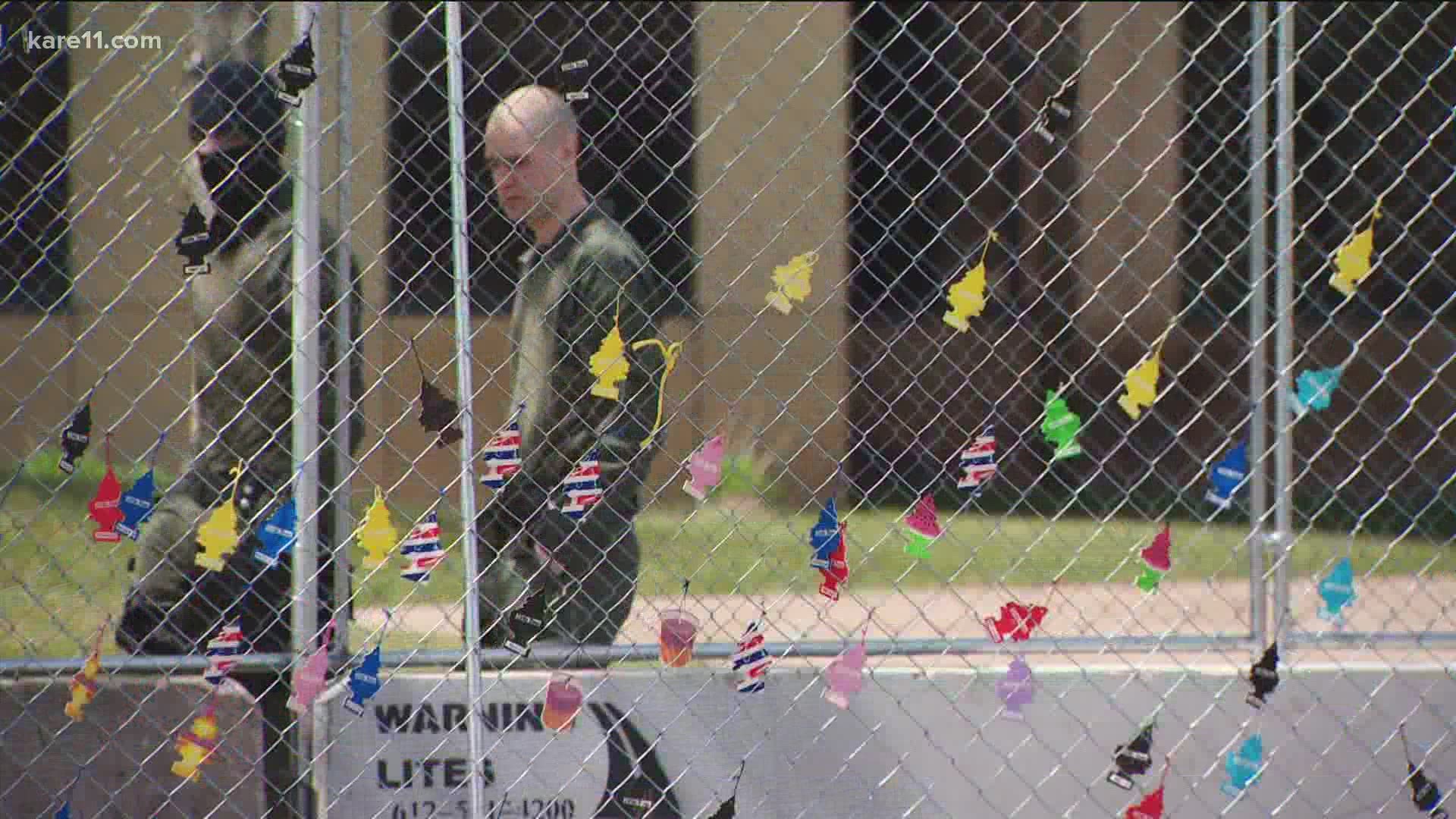 “A lot of them on there,” Adam Labrie said from across the street.

The Minneapolis man, who quietly took in the scene Friday with his two children, sees the air fresheners as a symbol.

“The symbol would be losing their lives over nothing,” LaBrie said.

"He said they pulled him over because he had air fresheners hanging," Katie Wright told reporters on Sunday after her son was shot and killed during a traffic stop by a Brooklyn Center Police officer.

Before he resigned, Brooklyn Center police chief Tim Gannon said Wright was stopped for expired tabs and the air freshener was only noticed later.

State statutes are clear about objects hanging from rear view mirrors. With a few exceptions for things like visors and navigation screens, Minnesota law says no driver may operate a motor vehicle “with any objects suspended between the driver and the windshield.”

“The public safety interest in something like not having an air freshener there, seems very insignificant compared to the fact it could cost someone's life,” he said.

Feist said police have proven the law will never be applied equally.

“Somebody who looks like me driving through the suburbs is very unlikely to get pulled over for some of these minor things, but we see a very disproportionate number for people of color in other part of the city,” Feist said.

Mendota Heights Police Chief Kelly McCarthy said infractions should not be treated equally. “There's lighting issues that become safety issues and I do think officers need discretion when dealing with that.”

“You can make the argument,” she said. “I think we have to have the courage of leadership to at least ask the questions.”

McCarthy believes technology could provide help with things like expired tabs and burned out taillights. She imagines a system where a photo is snapped, then a citation or repair order mailed to the owner of the vehicle, avoiding a traffic stop altogether.