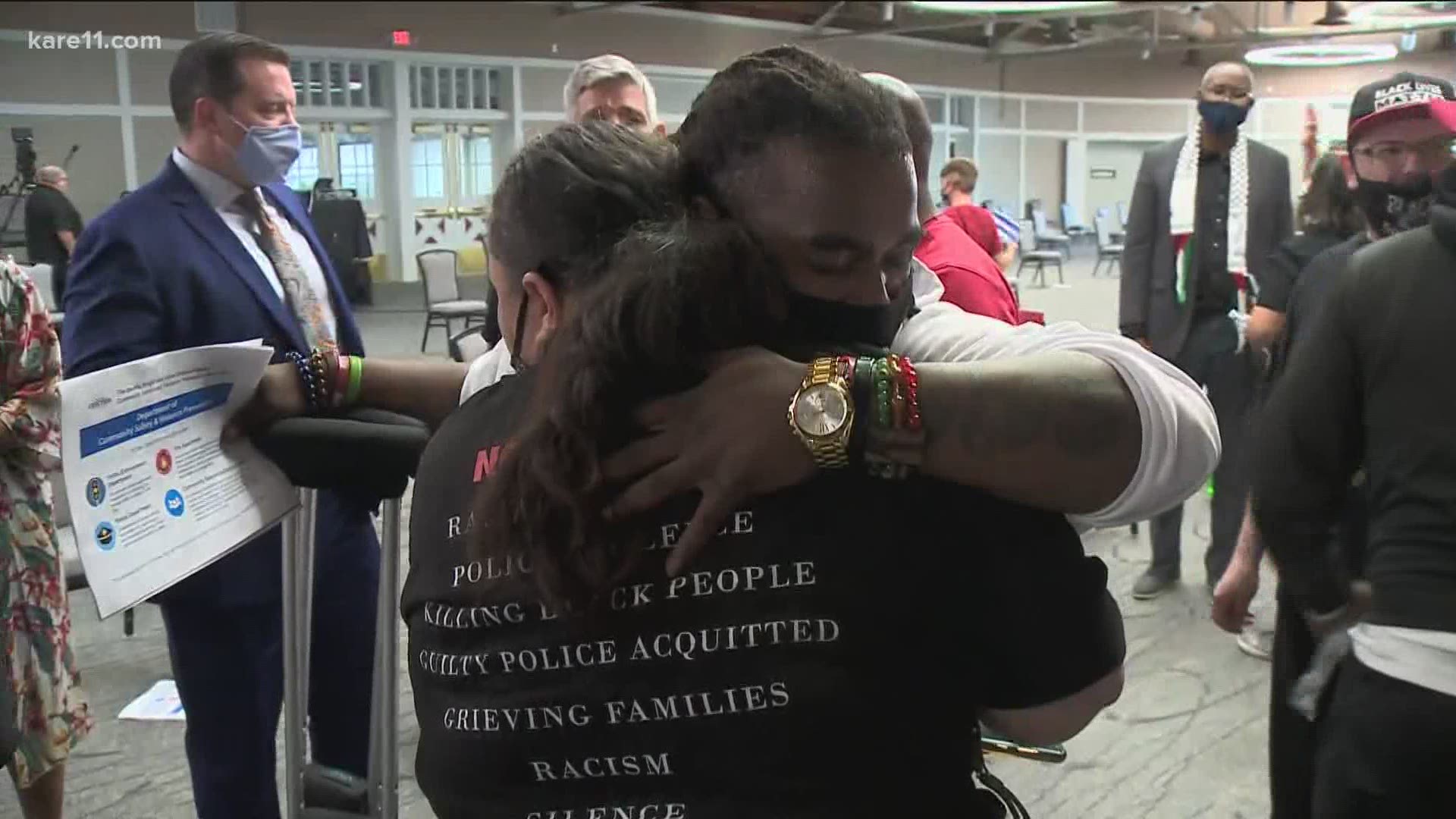 BROOKLYN CENTER, Minn. — The City of Brooklyn Center has handed Mayor Mike Elliott a favorable outcome after voting 4-1 to adopt a resolution looking to reform the city's policing and public safety outlook.

Mayor Elliott originally submitted an eight-page community safety and violence prevention resolution named in honor of Daunte Wright and Kobe Dimock-Heisler - both of whom died at the hands of Brooklyn Center police.

The resolution would allow the city to implement - among other things - an unarmed enforcement department to respond to low-level traffic violations, and calls involving those suffering from mental illnesses.

The vote today moves for the creation of a special committee that will eventually begin "assembling formal, specific recommended changes in numerous aspects of community policing, traffic stops and mental health service delivery," according to a city spokesperson.

In essence, the city adopted the resolution proposed by the mayor and is now creating a committee to determine how the requested public safety changes can be implemented.

The City Council will vote on it at 3 pm today. 1/ pic.twitter.com/hLoT2OI496

Although a majority of those in attendance showed to be supportive of the resolution, there was a bit of hesitation and opposition from some, according to KARE 11's Deevon Rahming.

At one point, an individual in attendance addressed the family of Daunte Wright, who were present for the vote, by saying, "your son was killed not because of a traffic stop in my mind, but because he had warrants."

“Your son did not die because of a traffic stop, he died because he had warrants.” -Brooklyn Center resident to the Wright family. Protesters immediately rushed the podium to remove the man after those comments were made. The story tonight on @kare11 news at 10. @BrklynCenterMN pic.twitter.com/hnhOvMwik0

Others were simply concerned that they would not be well represented on the committee charged with figuring out how to implement the public safety changes.

"I am concerned that in this resolution when you do invite people to participate in your committees, etc., that people like me will not be allowed on those committees...I'm white, I'm a woman, I live here and I'm a conservative."

Ultimately, the vote passed 4-1 with cheers and applause from those in favor to close out the special session, after spending nearly three and a half hours hearing public input, while reviewing a revised resolution to restructure the city's police department.

"Nothing's ever going to bring my son back, but I am so happy that this resolution was passed and now we just got to see what happens going forward," said the mother of Daunte Wright.

“If this resolution would’ve been implemented before April 11th our son would still be here today.” -Katie Wright, mother of Daunte Wright @kare11 @BrklynCenterMN pic.twitter.com/O2lxDoHDtW

The passage comes after a former Brooklyn Center police officer shot and killed Wright during a traffic stop on April 11, leading to multiple days of sustained protesting and unrest outside the city's police station.

Kim Potter, the former officer who shot Wright, and allegedly fired her weapon by accident instead of her taser, has since been charged with manslaughter in his death, and is awaiting trial.

In a recent KARE 11 investigation, statistics from the City of Minneapolis revealed the percentage of Blacks stopped for equipment violations shot up from 54% in 2017 to 62% this year.

“Brooklyn Center did not look to be in the national spotlight on these issues, but here we are,” said Mayor Elliott. “And given the tragic incidents that occurred here, including those taking the lives of Daunte Wright and Kobe Dimock-Heisler, we must respond with a commitment to do better, and today’s vote is part of that response.”