'It's just been nonstop': Outpouring of donations for Brooklyn Center community

"The word got out and people just started donating and it's just been nonstop," said Courtney Bell-Duncan with Brooklyn Center Middle and High School. 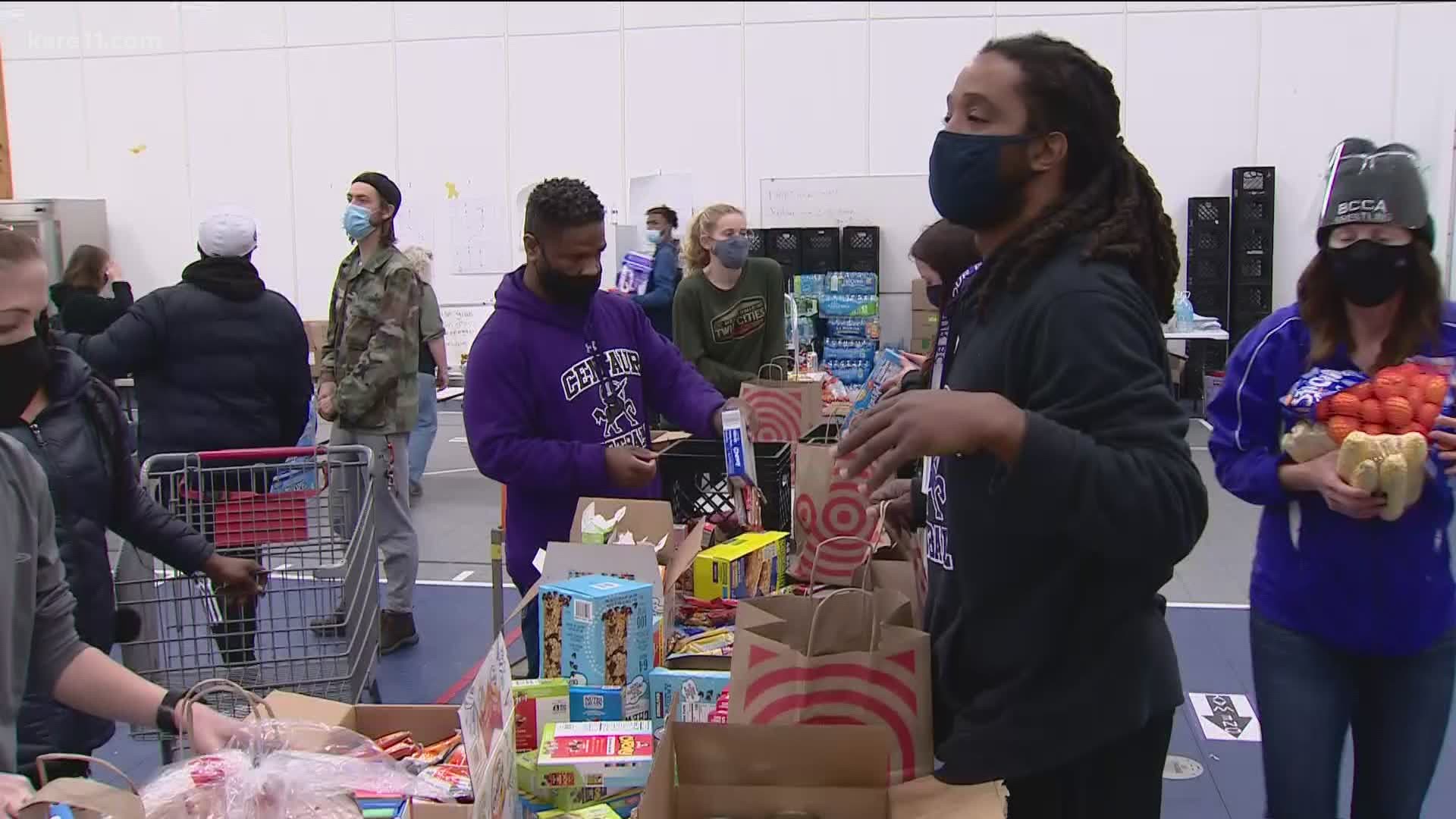 BROOKLYN CENTER, Minnesota — Since an officer shot and killed Daunte Wright, people have stepped up to support the community of Brooklyn Center and the surrounding area.

From GoFundMe pages to donation drives, these efforts are still underway.

Wednesday afternoon, a line was out the door at the Blue Barn at Brooklyn Center Middle and High School.

As of Wednesday, more than 2,000 people had stopped by to pick up donations.

Kosleh picked up diapers and baby wipes, along with other essential items.

"The word got out and people just started donating and it's just been nonstop," Assistant Principal Courtney Bell-Duncan said.

Brooklyn Center Community Schools staff and volunteers have been collecting donations and passing them out since Monday. Originally, they planned to keep the operations going through the end of week but due to the high demand, they have extended those efforts through the weekend.

"We were able to serve more people today than we have all week and so we're just super thankful," said Bell-Duncan on Wednesday.

Gerald Shepherd, a football and track coach at Brooklyn Center High School, wanted to help during a tough time.

"It's definitely caused a lot of traumatic moments for myself and other people that I've talked to, as well as it's a trigger because we're already nervous. But it's like we're getting more nervous every time a police stop or something like that happens," Shepherd said.

Kosleh added, "It's been very traumatic because it's sad to see that us Black people have to fight for our rights."

On top of food desert issues, some stores have been looted, boarded up or closed.

BCCS is still in need of donations including personal care items (shampoo, body wash, lotion, etc.), cleaning supplies, feminine hygiene products, shampoo and nonperishable items. You can find the most up to date list of items needed on the BCCS Twitter page.

We will be closed on Sunday, April 18. We will be open next week, Monday - Friday, from 9 a.m.-1 p.m. Donations from our GoFundMe are being used toward essential items, clothes, childcare, safe housing and accommodations, and medical supplies for our BC families.

"We are making our way through it trying to stay positive... I keep a smile on my face for all the families that are coming through and just gotta keep going," said Alexa Jimenez, a staff member who graduated from Brooklyn Center High School last year.

Shepherd added, "A little help can go a long way and we all need help sometimes."

The Blue Barn at 6500 Humboldt Ave N will be open 8 a.m. to noon on Saturday. BCCS has updated its hours and will now be closed Sunday April 18 but open next week Monday-Friday from 9 a.m. to 1 p.m.

There is also a GoFundMe page for monetary donations, here.

A donation drive is also happening for Wright's son and girlfriend by Holistic Heaux. You can find more information, here.

There is also a GoFundMe to pay for Wright's funeral and burial expenses, as well as support for his family, here.