No arrests following 8th night of protests in Brooklyn Center

Police estimated around 40 people were outside of the police station ahead of an 11 p.m. curfew Sunday. 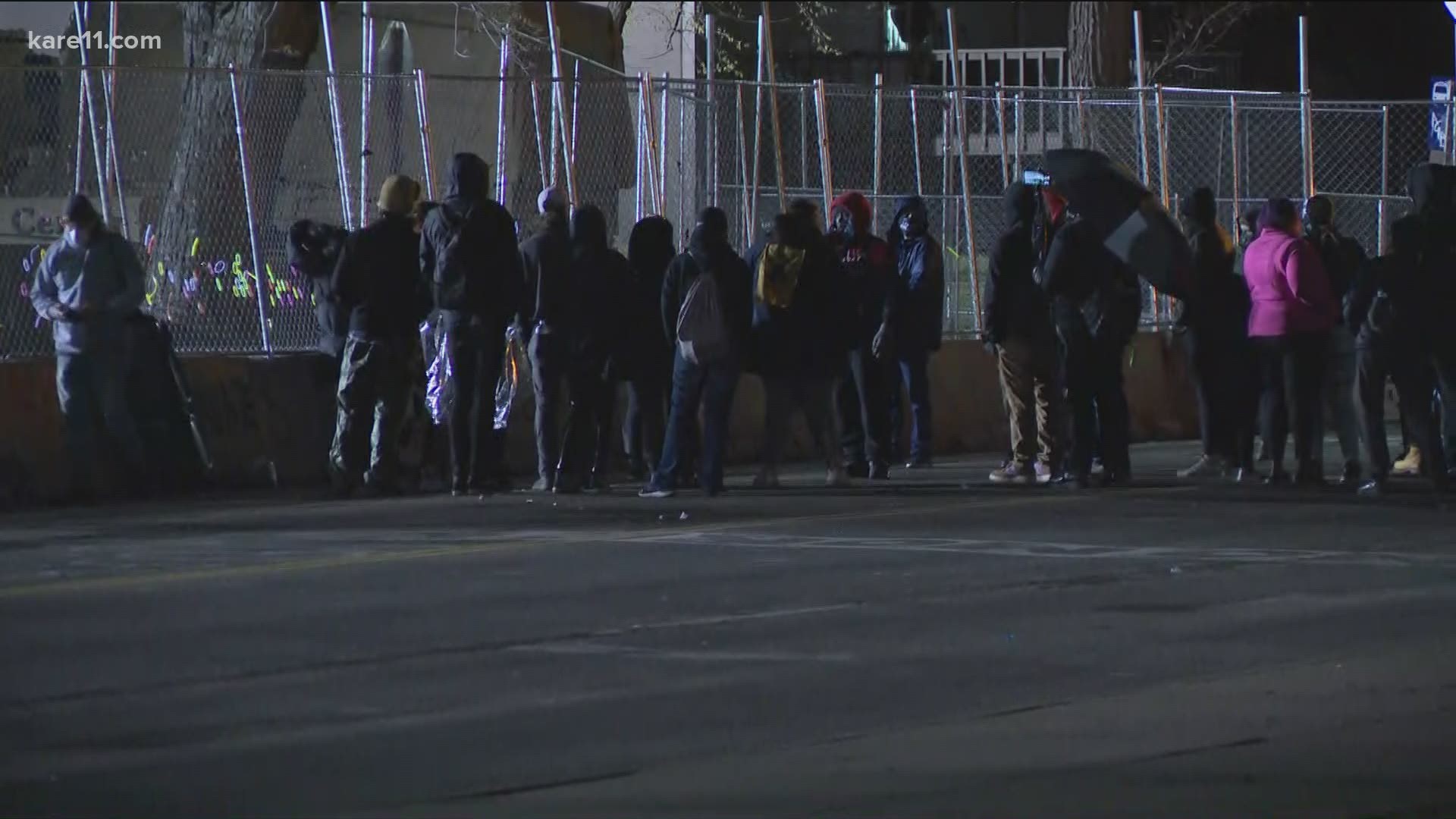 Operation Safety Net says no arrests were made Sunday night as protests in Brooklyn Center continued for an eighth straight night.

A curfew went into effect in Brooklyn Center at 11 p.m. and expired at 6 a.m. Monday. A curfew was also in effect in Champlin Sunday into Monday morning.

Demonstrations have been happening outside the Brooklyn Center Police Department building each night since 20-year-old Daunte Wright was shot and killed by former officer Kim Potter on Sunday, April 11.

A few dozen demonstrators held up glow sticks Sunday night outside of the Brooklyn Center Police Department, one week after Daunte Wright was shot and killed by a former officer during a traffic stop.

The peaceful gathering comes ahead of an 11 p.m. curfew that was issued by city officials.

That estimate was echoed earlier this evening by KARE 11's Charmaine Nero, who captured this scene outside the police station.

The City of Champlin preemptively declared curfews earlier this week through the weekend following recent unrest, with the present one set to go into effect from 11 p.m. Sunday to 4 a.m. Monday.

A citywide curfew has been issued for Brooklyn Center from 11 p.m. Sunday to 6 a.m. Monday as demonstrations continued for the eighth straight day outside the city's police station following the death of Daunte Wright.

Hundreds gathered outside the Governor's residence Sunday afternoon also calling for additional charges for Potter, as well as an end to Operation Safety Net, which has been assisting law enforcement during unrest in Brooklyn Center.