The march started near the location where Wright was shot and killed, and continued to the Brooklyn Center Police Department. 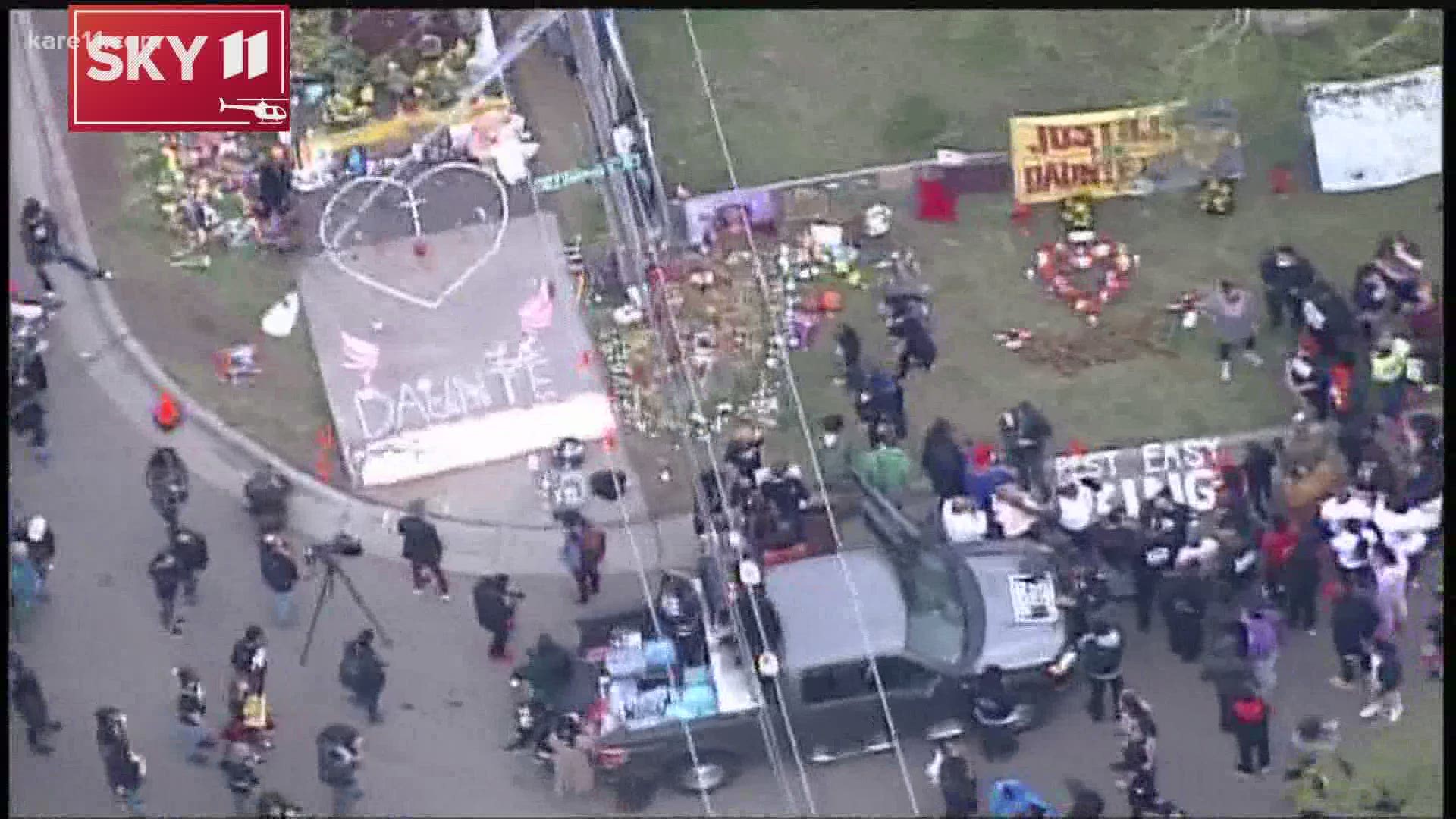 BROOKLYN CENTER, Minn. — A demonstration and march for Daunte Wright took place Sunday afternoon in Brooklyn Center, beginning at the location where Wright was killed and ending outside the city's police department.

According to KARE 11 reporter Charmaine Nero, hundreds were in attendance for the rally and march, including members of Wright's family.

Gannon said he believes Potter shot Wright by accident, mistaking her gun for her Taser. Wright's family and civil rights attorney Ben Crump, who represents them, say they don't believe it was an accident. Crump pointed out that Potter worked for the Brooklyn Center Police Department for 26 years and even trained other officers.

#HAPPENINGNOW: #DaunteWrights family marching from location where he was killed in Brooklyn Center. Hundreds in the crowd supporting. @kare11 pic.twitter.com/VfbDGlselY

According to the criminal complaint, after pulling Wright over for a traffic stop officers discovered he had an outstanding arrest warrant for a gross misdemeanor weapons charge. Officers asked Wright to exit the vehicle and informed him that he was being arrested for an outstanding warrant.

As officers attempted to make the arrest, Wright re-entered his vehicle. In her body camera footage, Potter can be heard shouting that she will use her Taser before shooting Wright once in the chest with her handgun.

Potter, who is charged with second-degree manslaughter, made her initial court appearance on April 15. Her next next hearing is scheduled for May 17 at 1:30 p.m.