Attorneys are expected to argue that the former Brooklyn Center officer's fatal shooting of Daunte Wright was an accident. 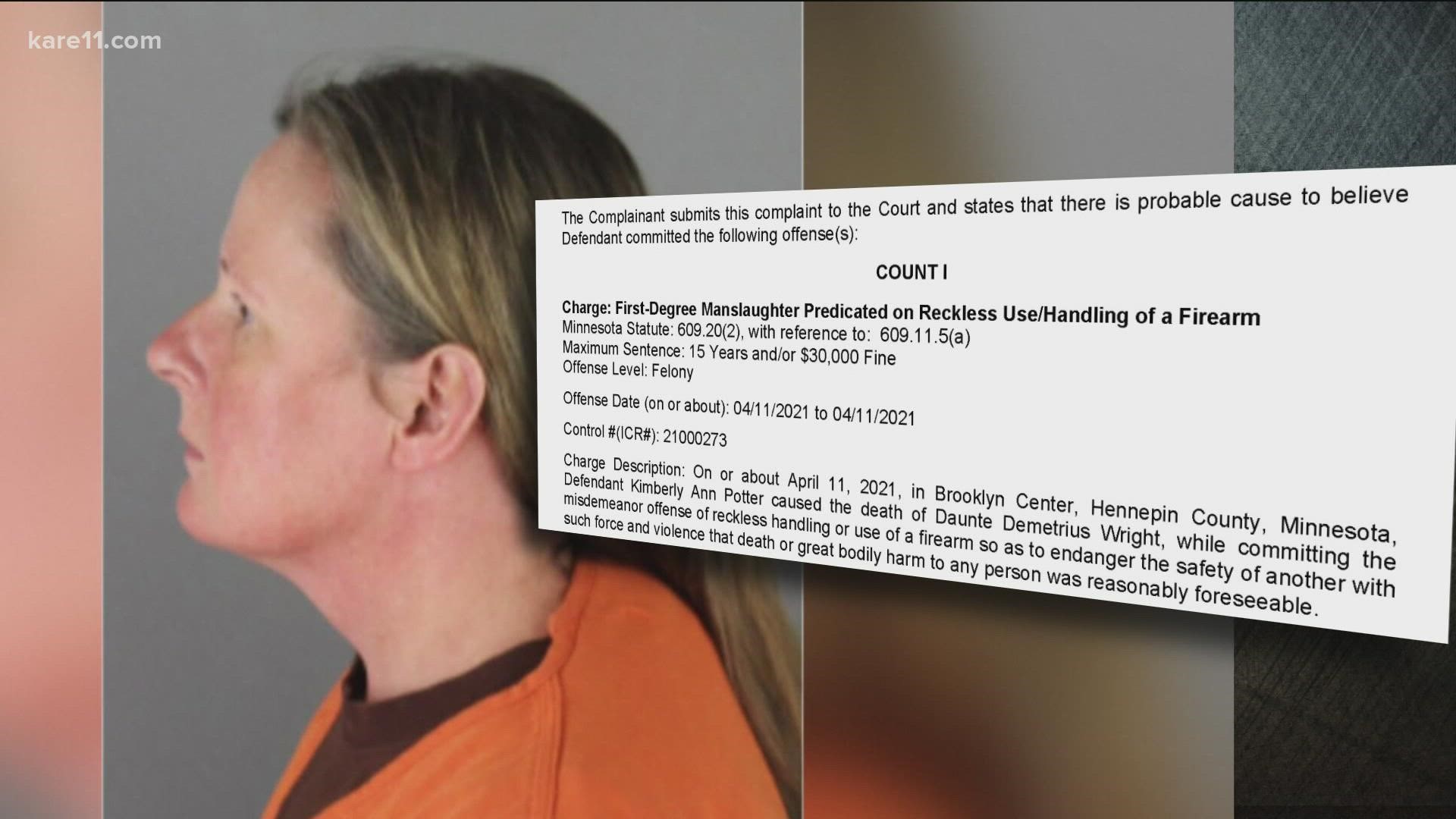 According to the criminal complaint, as officers attempted to arrest Wright on an outstanding warrant, Wright re-entered his vehicle. In body camera footage, Potter can be heard shouting that she will use her Taser before shooting Wright once with her handgun.

State prosecutors argue Potter "consciously and intentionally acted in choosing to use force on Daunte Wright and in reaching for, drawing, pointing, and manipulating a weapon."

Defense attorneys Earl Gray and Paul Engh filed a memorandum with the court explaining that "what the jury will see and hear about ... is an accident. And a police officer's accidental shot is not a crime."

Potter's attorneys point to the body camera evidence showing Potter shouting "Taser, Taser, Taser" before the shooting. They argue that "if she intended to use her Taser, it must follow that she 'did not intend to shoot Mr. Wright.'"

In a pre-trial filing, prosecutors said Potter was "trained and aware of the risk of weapons confusion," and "acted recklessly when she disregarded her extensive training and experience."

In their response, Potter's attorneys are asking to present evidence that the Taser holster used by Brooklyn Center officers is "reversible," to show that the "right handed police officer utilizing a Taser would and could use her right hand to pull the Taser holstered to the left side of the body. And evidence of training that the officer's dominant hand reaches for the Taser, no matter what side of the duty belt the Taser is located."

Defense attorneys also said they plan to challenge the expected testimony of a use of force expert for the state, claiming the witness will "promote a false narrative" about the interaction between Potter and Wright.

In addition, the new court filings show the defense wants to be allowed to present more information about Wright's history at trial, as well disclosing to the jury that Wright family has an interest in filing a civil lawsuit against Potter and Brooklyn Center police following the criminal trial.

Potter's attorneys said additional defenses may be offered at trial, including that the shooting was an "innocent mistake ... (that) her perceived use of a Taser was reasonable ... (and) lack of causation."

Kim Potter's trial is scheduled to begin on Nov. 30. Prosecutors have filed a notice to say they will seek a longer sentence than the recommended guidelines if Potter is convicted.