Many business owners discover cost of demolition far exceeds what insurance policies allow. It's only the latest setback for family-owned stores hit by rioting 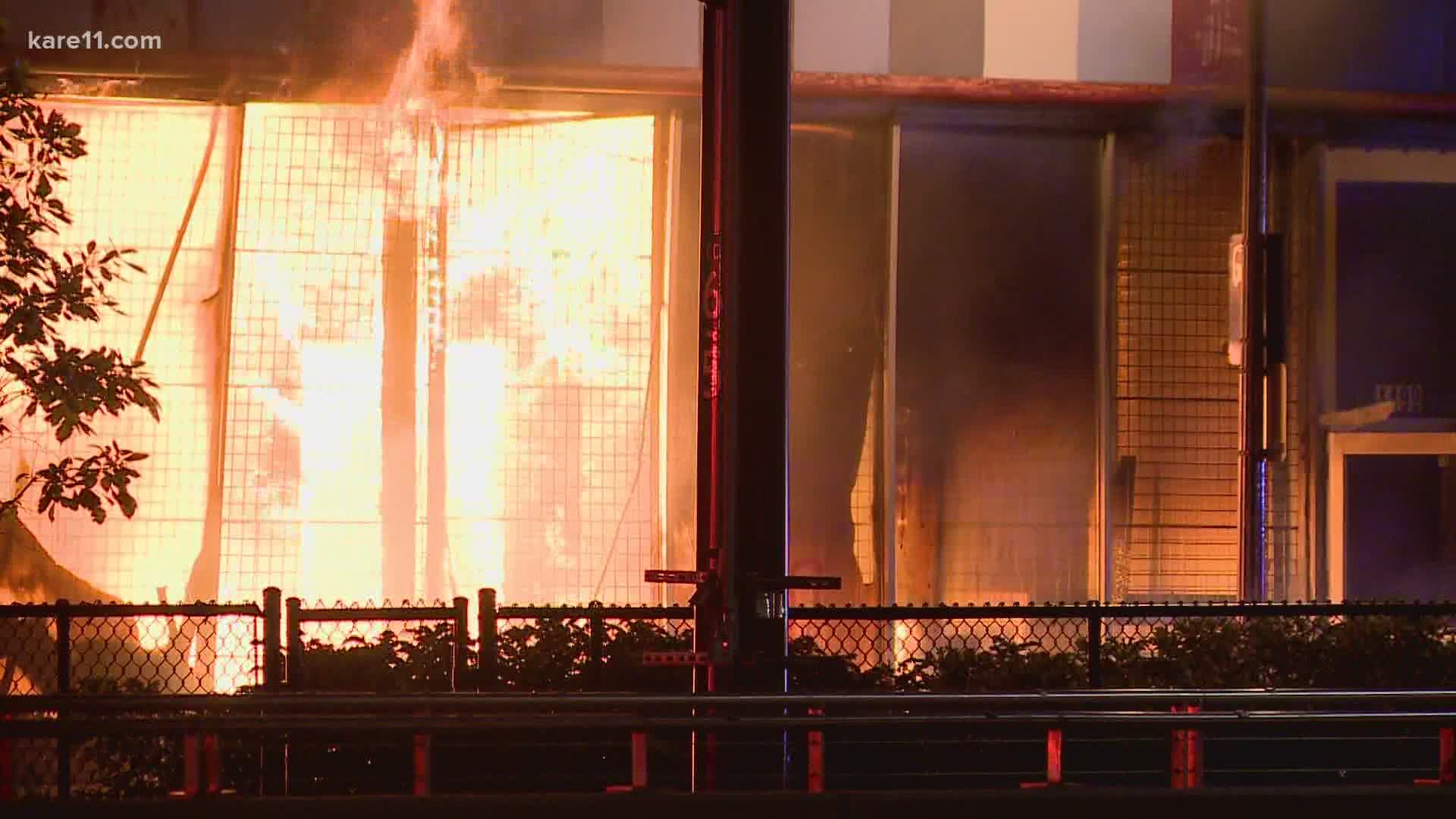 MINNEAPOLIS — The Kim family knew their Sports Dome store had been hit with looters during the unrest that hit the Twin Cities in the aftermath of George Floyd's death. They could see that much with their remote surveillance cameras.

What they didn't realize at first was that the store they started in 1994 had been torched by arsonists.

"We actually saw it on the news the morning it happened, so we didn’t even know it was on fire until my parents woke up and turned on the television," Jay Kim told KARE.

"There was kind of like a frame left standing, but the city came through and they had to knocked it down because it was a hazard by then."

The next shock came when they began to get bids to clear the rubble from the site and haul it away.  Kim said the highest bid from a contractor was $285,000.

The family eventually went with a contractor who bid the job at $140,000. But that's still far more than their insurance policy allows for demolition and hauling away debris.

"Our insurance policy? It only covers $25,000 for debris removal. That's the upper limit."

One excavation contractor told KARE fire rubble is always going to be more expensive to removed, especially for older because it's automatically assumed the debris contains asbestos and other carcinogens.  It requires special care in handling and must go to licensed hazardous materials landfills that charge by the ton rather than cubic yard.

Kim said the family could've saved money by leaving a hole in the ground where the basement used to be, because it would make it easier to rebuild at the same site with the same footprint. But the family's in a holding pattern, trying to decide what to do next.

"With the economy how it is and the virus we're not sure we want to put in all the money it’s going to cost to rebuild it because who knows what’s going to happen in the next couple months," Kim explained. 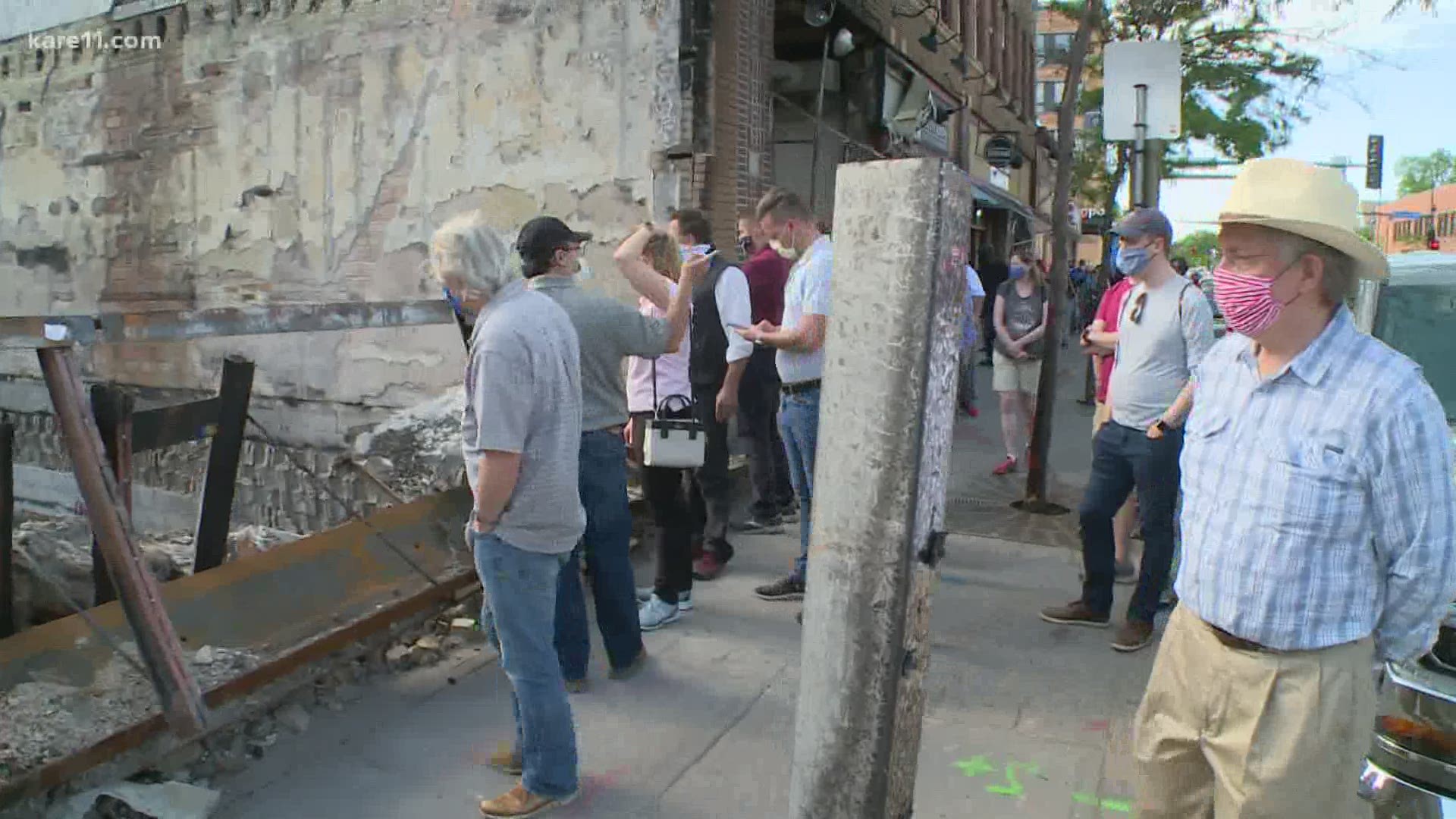 Several other business owners interviewed by the Minneapolis Star Tribune reported similar large gaps between what insurance will pay and what contractors are bidding for demolition of destroyed buildings.

An initial hang-up for some businesses was even getting a demolition permit.

State law requires local property taxes to be paid in full for the entire year before buildings can be cleared from the lot. The City of Minneapolis last month agreed to waive that requirement for properties struck by rioters, which removed that piece of red tape from the process.

But the demolition costs are still staggering, especially for small business owners pondering their next move.  An aid package DFL lawmakers proposed would help with recovery costs not covered by insurance and other sources, with an eye toward helping business owners hold their ground rather than selling the land quickly.

"The issue with the demolition costs is the latest of many issues these businesses are facing," Rep. Mohamud Noor, the lead author of the Promise Act in the Minnesota House, told KARE.

"That's concerning, and I think it's a significant failure at all levels to address the needs of those businesses. We need to do something immediately. I'm hoping we can get something to help them with that clean-up and to do it more safely."