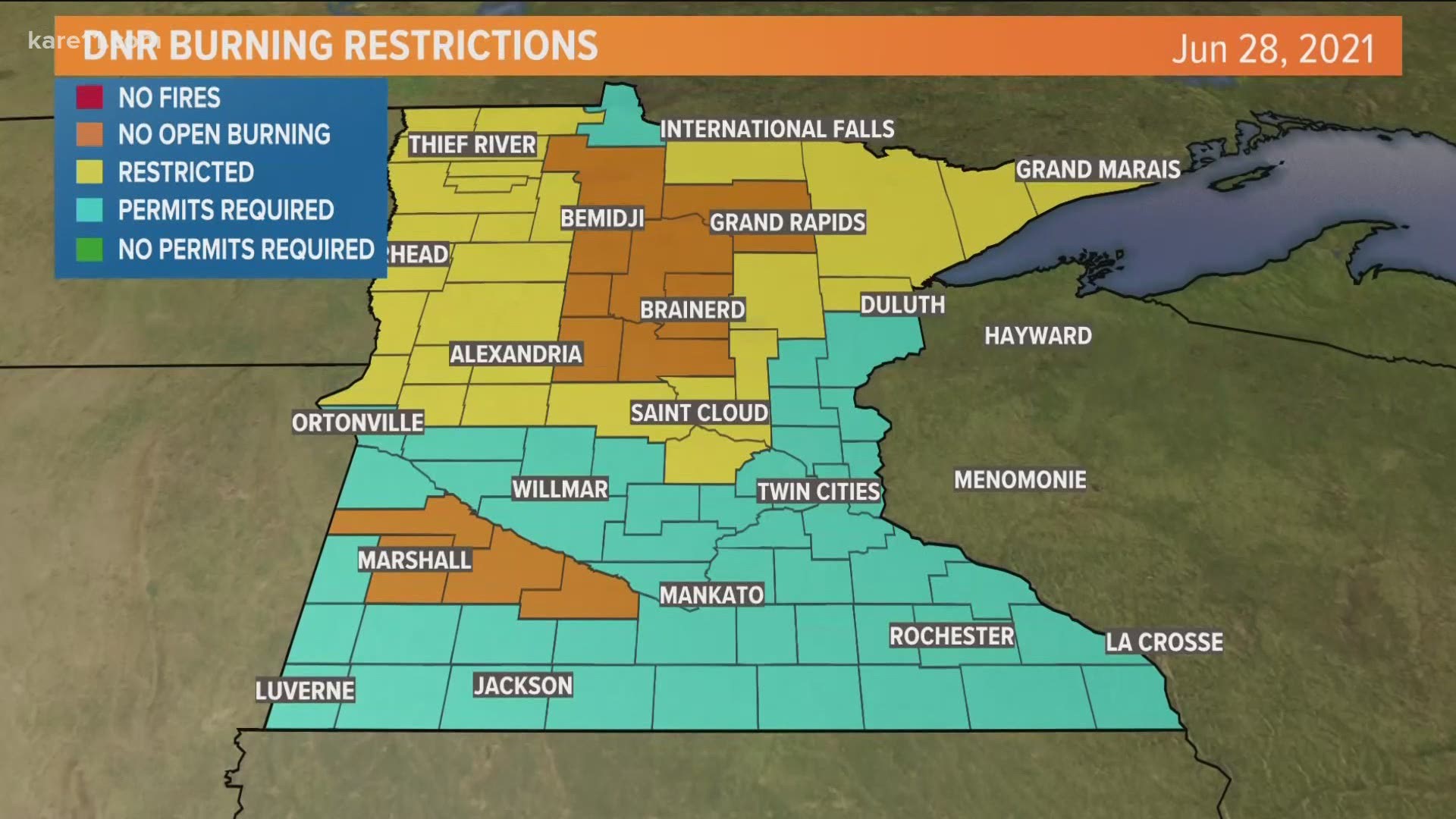 "We've got the rain, we've got a little bit of humidity in the air now, but I would say that's a short term thing to look at," said Casey McCoy, with the Minnesota Department of Natural Resources.

McCoy is a fire prevention supervisor. He says with the recent rain showers, there's a still a fire danger risk in several areas across the state.

"Drive down the streets of every town, the lawns are looking stressed and dry," he said.

McCoy says 7 counties and a portion of another currently have burn restrictions.  No open burning is allowed over a good portion of cabin country; however, campfires are still allowed, only in an established fire ring associated with a home, campground, or resort..

"Traditionally, we don't have many fireworks cause wildfires, but ... we're also normally lush and pretty green," he said.

Minnesota's wildland fire management agencies report 1,350 wildland fires have burned roughly 34,000 acres since the beginning of March 2021, with many areas in northern Minnesota remaining abnormally dry or in moderate drought.

"Lake of the Woods, into International Falls, south to Bemidji, southwest to Big Stone County, that is the driest longest term and missed by the rain we got over the weekend," he says.

McCoy is now urging the public to help prevent fires by following these restrictions.

"I love celebrating the 4th of July and I love fireworks, but I'd ask people if you're out there, just be prepared for it," he says.

Checking current fire danger conditions at the DNR statewide fire danger and burning restrictions map and following the fire prevention tips above will help prevent wildfires during high fire danger. If you do spot a wildfire, call 911.

RELATED: Hot, dry conditions trigger a Red Flag Warning for much of the state