The past year has been bleak, but business leaders see reasons for optimism in 2021. 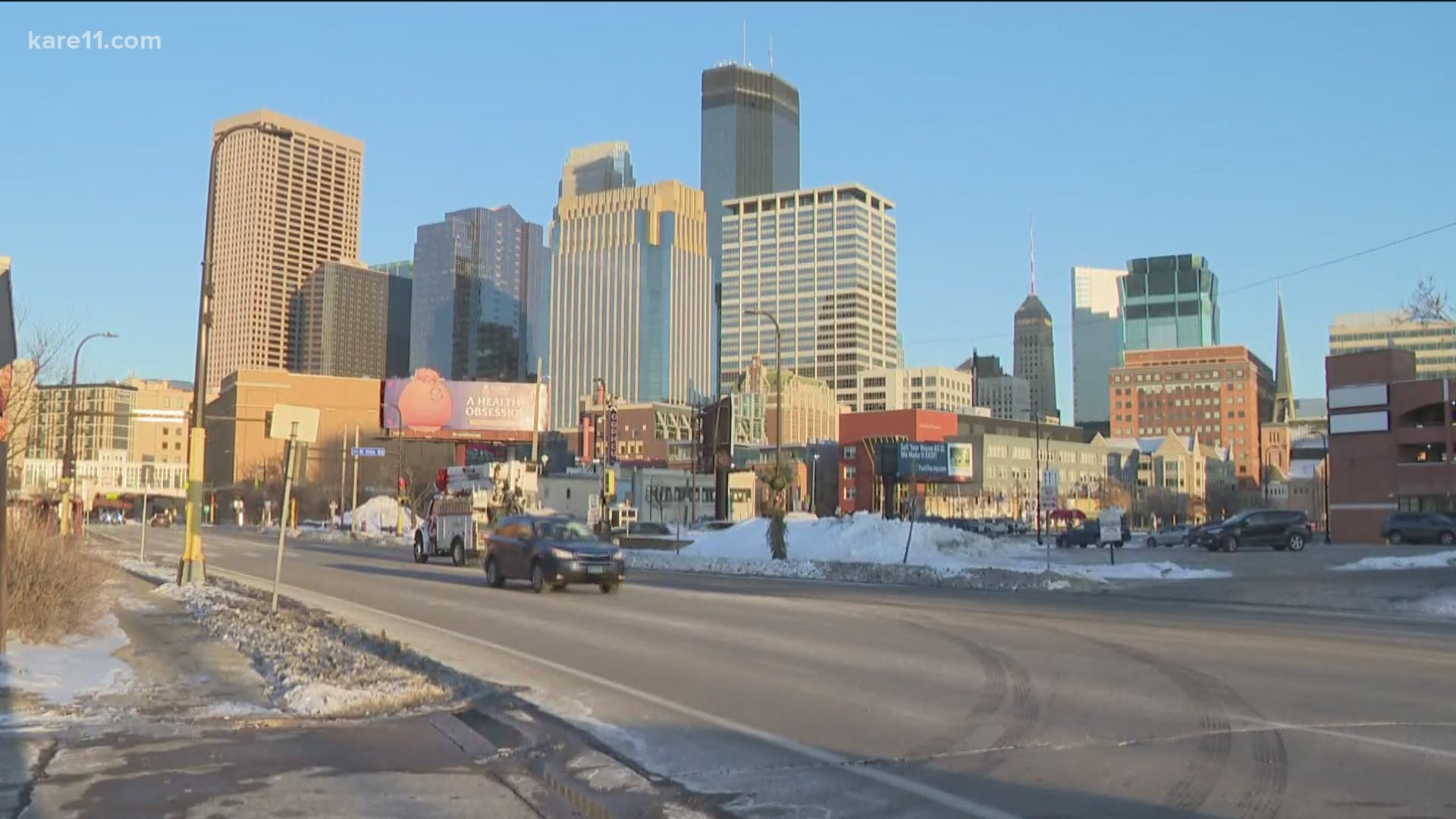 MINNEAPOLIS — Elizabeth Bovelle relocated to downtown Minneapolis from the New York City area in late August, settling in the Midwest after accepting a slot at the University of Minnesota’s law school.

COVID-19 has made it a difficult adjustment.

“We’re maintaining friendships basically online,” Bovelle said. “It’s hard. Where can you go? What can you do?”

Although retail and restaurants have reopened at partial capacity, downtown often feels deserted these days. There are no sports to attend, no concerts, and very few workers. According to the Minneapolis Downtown Council, the occupancy rate for major office towers stands at roughly 16% right now, as most employees remain in remote settings.

“Without a doubt,” President and CEO Steve Cramer said, “there are just fewer people accessing all that downtown can offer.”

Based on his conversations with property owners, Cramer said it appears the real estate market – for renting and buying – has softened somewhat. It hasn’t totally collapsed, he said, but the conditions are certainly different.

“Occupancy is still reasonably high, but rents are down a little bit, there are more concessions being offered to folks who want to come in,” Cramer said.

Cramer sees optimism, particularly with a number of ongoing developments near downtown. That includes the construction of a mixed-use tower (which will feature a Four Seasons Hotel) on the north end of Nicollet, which will dot the city’s skyline.

It’s also possible that the emergence of multiple vaccines will boost consumer confidence during the late spring, summer and fall of 2021, although it’s difficult to predict.

“I do believe we’ll see more office workers coming back to work over the second half of this year, which will in turn recreate a customer base that will help the restaurants and retailers kind of recover,” Cramer said.

In the nearby North Loop, the owners of clothing store MartinPatrick3 are embracing that future. Co-owner Dana Swindler said the holidays brought in more revenue than expected, and he hopes that will carry into the rest of 2021.

“We’re very optimistic, yes,” Swindler said. “In fact, we just hired somebody today – we’re only two people short of where we were when we had to shut down.”

But uncertainty remains. In addition to the pandemic, rising crime rates –  and efforts to reduce the size of the Minneapolis Police Department or replace it with a new model altogether – have unsettled the Downtown Council as they chart a recovery from COVID-19. Some city council members and community activists have said a revamped public safety department, with more resources toward mental health instead of uniformed officers on the streets, would improve the overall quality of public safety. But opponents have forcefully rejected that narrative, including the business community, saying it will only lead to further increases in crime.

“We have to take off the table the idea that we can’t have law enforcement as a part of our public safety response,” Cramer said. “We have to trust the chief to help bring in the kind of culture and reform changes that are necessary, so that the department is more trusted and just in its functioning.”