Wells Fargo, US Bancorp and roughly half of downtown businesses planned to return to the office in September. Not anymore. 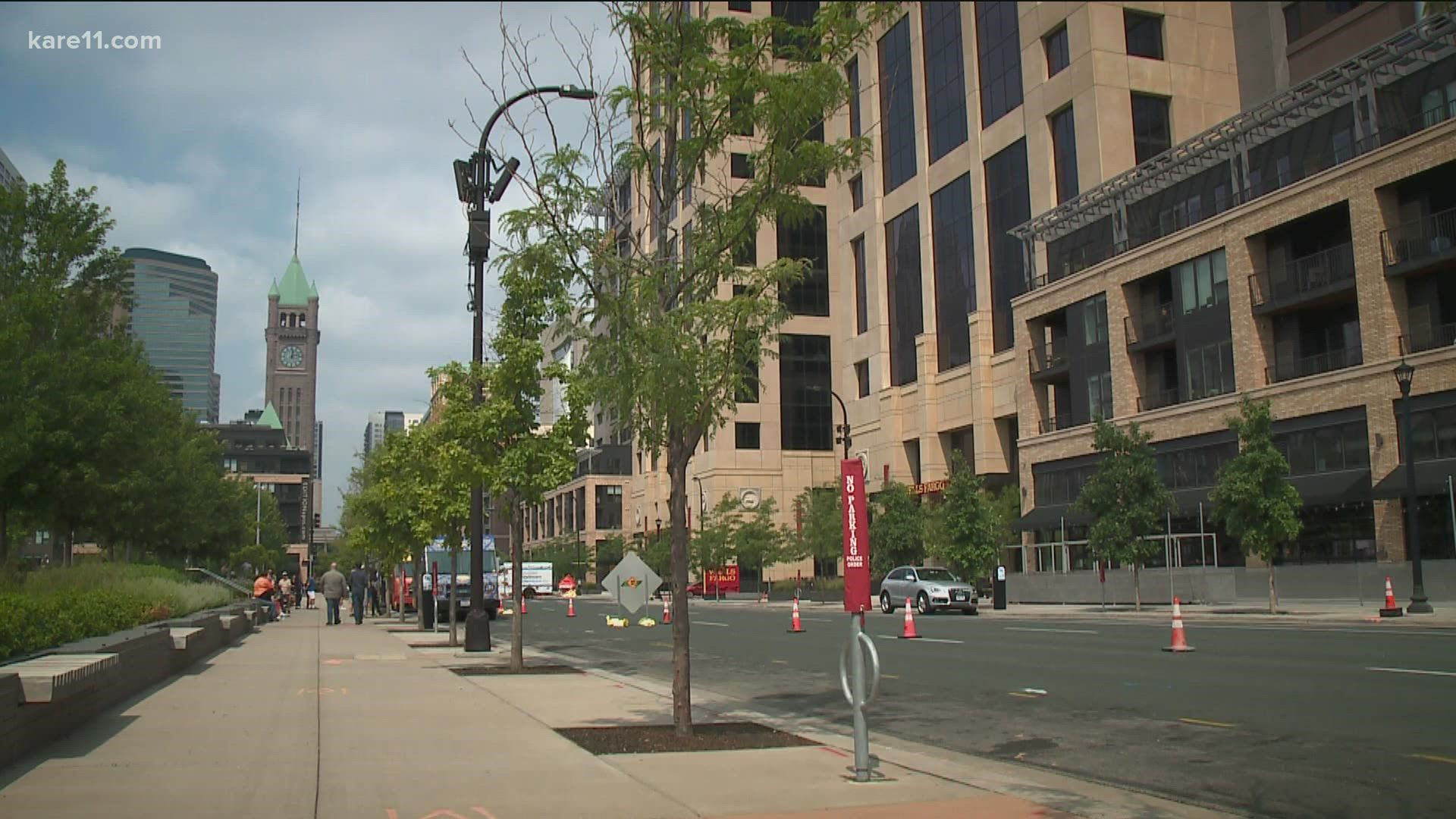 MINNEAPOLIS — If you're looking for an indicator of the downtown economy and workforce levels in Minneapolis, the food truck traffic at 4th Street and Portland Avenue isn't a bad place to start.

"Earlier on in the pandemic, it got really, really quiet and really dead," said Sarah Drilling who grabbed lunch from one of the two trucks parked along 4th Street on Friday. "It started coming back (this summer), but with the delta variant, it has started getting quiet again."

Drilling says the lack of trucks and people on a beautiful day wasn't surprising. The Wells Fargo Bank offices, which are directly across the street from the food trucks, used to drive the weekday lunch rush. This week, Wells Fargo, downtown Minneapolis' third largest employer, and US Bancorp, the fifth largest, both delayed their back-to-office plans due to the spread of the delta variant.

The Minneapolis Downtown Council says it likely won't be the last to push back its plans.

"We're heading toward some new definition of our downtown economy," said Steve Cramer, president and CEO of the Minneapolis Downtown Council.

Cramer says the return of the Minnesota Twins, concerts and other downtown events have helped the economy rebound this summer. Downtown office occupancy is still only about 35%, and he says a survey this spring found roughly half of employers were waiting until September to return to the office -- a number that is now likely much lower.

"We'll know more in the next week or so in terms of if this is going to be a trend," Cramer said. "I think it likely is going to be (a trend) and think what it does, from my perspective, is it just flattens and elongates the curve of people coming back to office."

That's bad news for skyway businesses and others that depend heavily on office traffic, but Cramer says employers are considering options from masks to vaccine mandates in hopes of bringing people back.

"We've had regular calls with HR leaders and it's just not always a clear cut situation," he said. "I think those kinds of questions are going to continue. Do they mask or don't mask? Do they mandate vaccines or encourage vaccines?"

Regardless, he says most are rethinking how many days and hours employees really need to be at the office.

"Most employers, as they bring workers back to the office, are going to be doing that under a flexible work policy," Cramer said. "More work from home, maybe in the office three days a week, something like that."