Drug Take Back Day expands to include e-cigarettes

"These vaping pens and e-cigarettes in the wrong hands are leading to very dangerous situations for people." 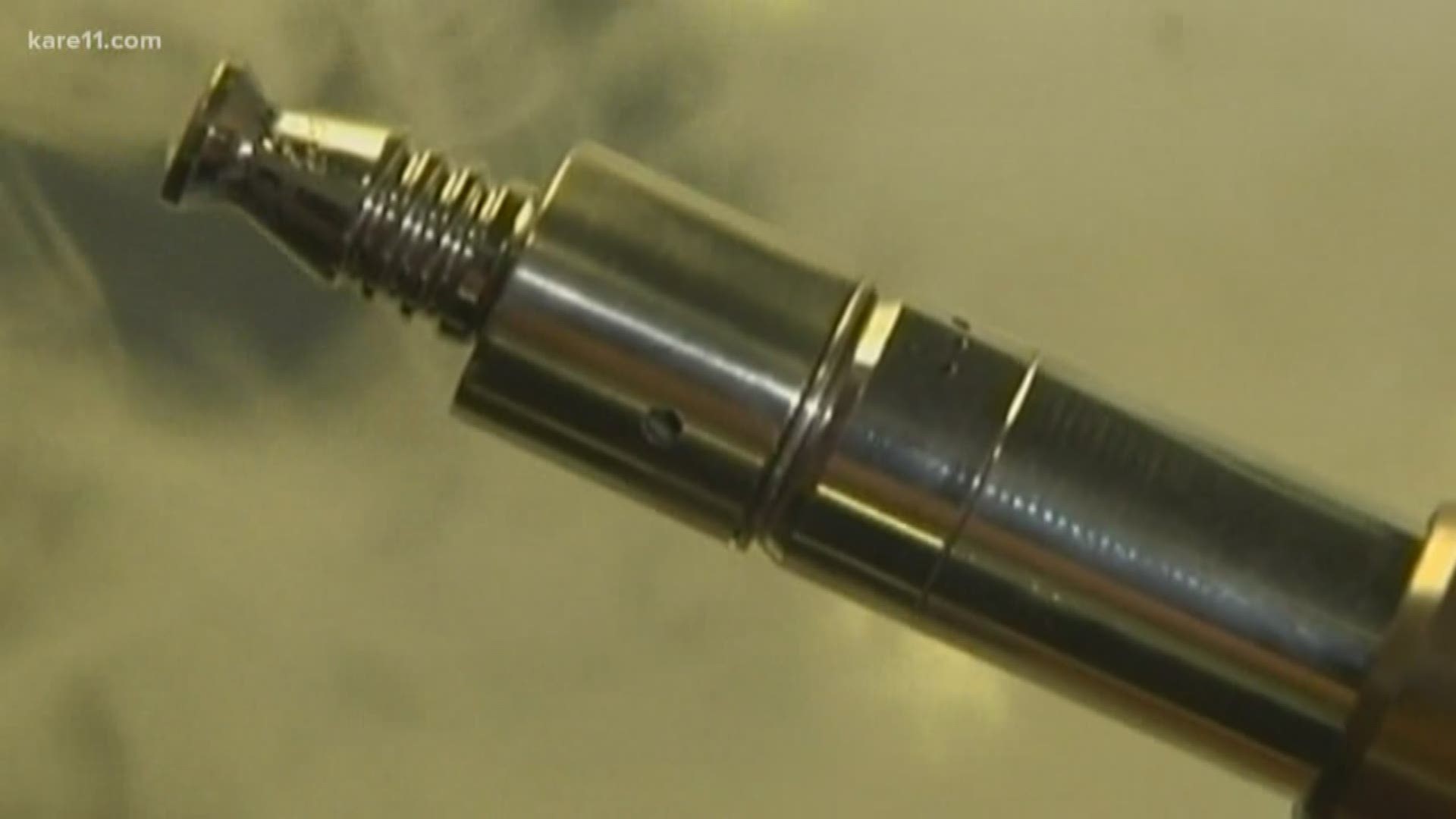 It happens every year, allowing people to get rid of their medications safely. Authorities destroy the drugs so they don't end up polluting the water or falling into the wrong hands.

"The hope is to prevent any loss, theft, misuse, and to keep them out of our water supply," said Sgt. Pat Chelmo.

The idea is to prevent addiction by preventing the drugs from being allowed to be abused in the first place.

"Washington County is no different than anywhere else in the nation, we see our overdose rate continue to climb," said Sheriff Dan Starry, at one of Washington County's two drug take back sites.

But in Minnesota, for the first time, law enforcement is also collecting e-cigarettes during Drug Take Back Day.

Credit: KARE
A Drug Take Back site in the parking lot of a Minneapolis Cub Foods.

"It really did seem like the right thing to do," said Chelmo. "It's a growing epidemic and crisis. These vaping pens and e-cigarettes in the wrong hands are leading to very dangerous situations for people."

The most recent numbers from the Minnesota Department of Health show three people in the state have died so far from vaping-related illnesses, while at least 84 are sick.

"It's very alarming. What we're seeing with the reported teen use is very high," said Starry.

Yet at Hennepin County's Drug Take Back site in Minneapolis Saturday, while they had filled ten boxes with medications in two and a half hours, they had only collected one e-cigarette in that same time.

Credit: KARE
A vaping cartridge dropped off at a Drug Take Back site in Minneapolis Saturday.

The person who dropped it off told KARE 11 she wanted to get rid of it due to health concerns.

While it might be a slow start for the e-cigarette drop off, Sgt. Chelmo said their goal is to give people an option to get rid of it.

"If somebody's ready to take that next step, we want to help them do that," he said.

There are year-round drop boxes where people can get rid of their medications and their e-cigarettes. A list of those places in Hennepin County can be found here.

RELATED: Vaping-related illnesses in US still rising, but more slowly