At the end of a virtual City Council meeting Tuesday, Mayor Mike Maguire said he had pleaded guilty to driving while impaired earlier in the day. 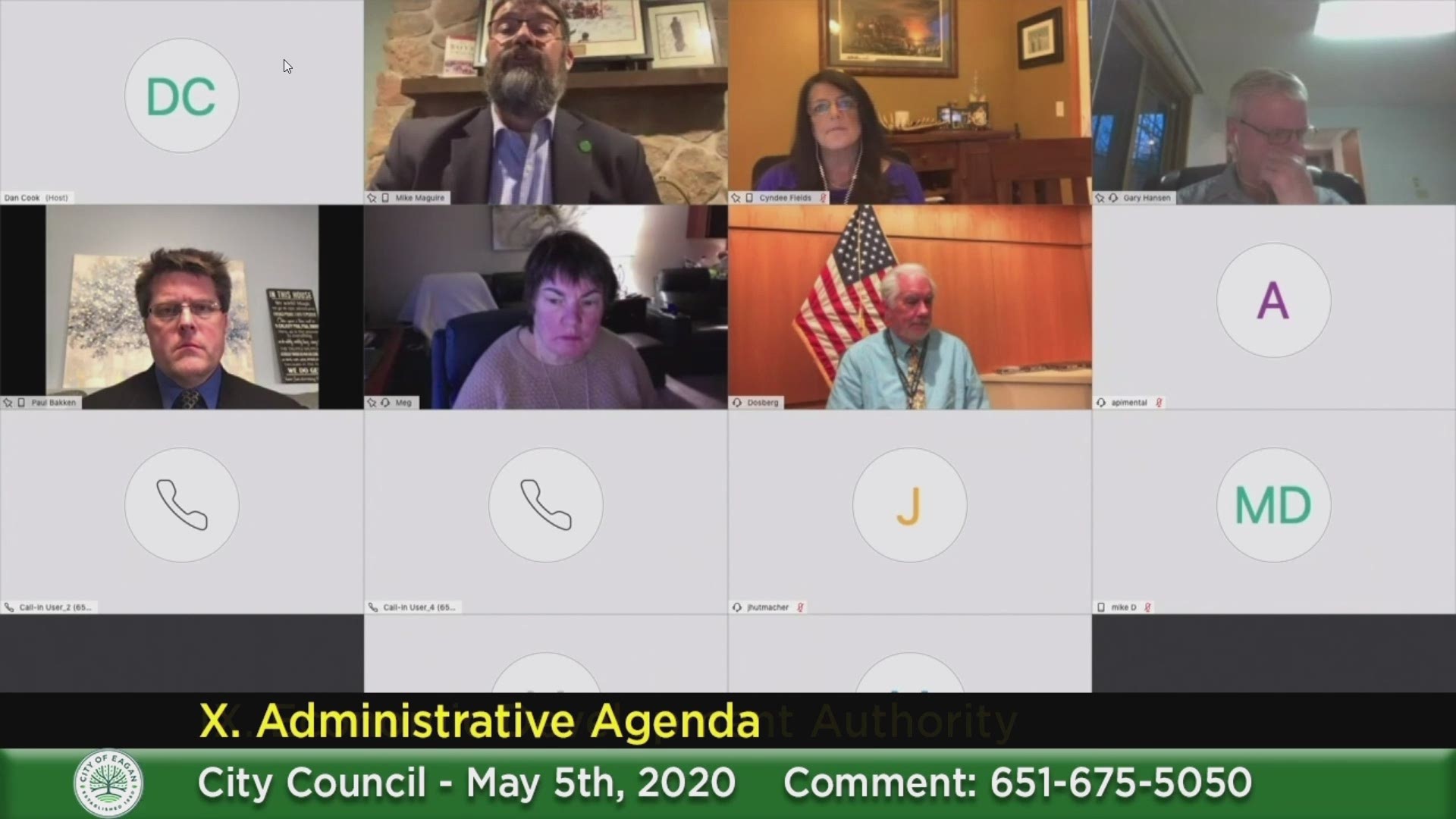 EAGAN, Minn. — The mayor of Eagan is finally talking about his decision to drink and drive.

At the end of a virtual City Council meeting Tuesday, Mayor Mike Maguire said he had pleaded guilty to driving while impaired earlier in the day and was “accepting, without objection, the consequences"of his mistake.

Maguire said he had been drinking while watching the Minnesota Vikings lose a playoff game last January before he got behind the wheel.

Maguire crashed into a snowbank in Eagan and blew a 0.19 when tested, more than twice the legal limit, according to a criminal complaint. He spent the night in jail.

“I’m embarrassed. I’m extremely grateful that no one was hurt as a result of my actions, and very disappointed in myself,” he said. “Not only did I disappoint myself, I disappointed my family, my 17-year-old, my colleagues and many people in the community who rightfully expect more from me. For that, I am truly sorry and I apologize.”

The St. Paul Pioneer Press reports a court date is scheduled for next Wednesday.

Maguire served four years on the Eagan City Council before being elected mayor in 2006.