Edina launches pilot program to save affordable homes from teardown 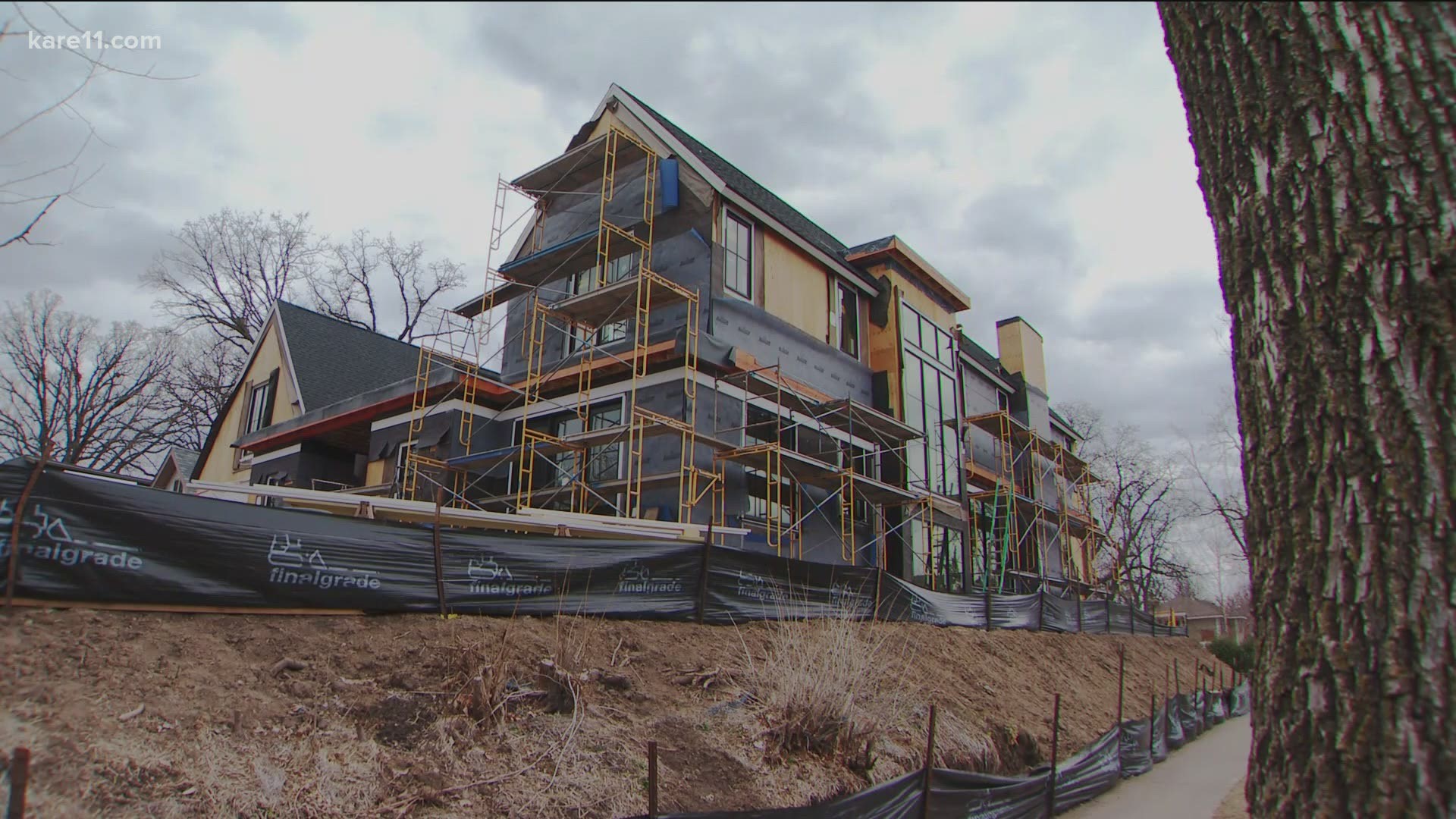 EDINA, Minn. — After 30 years in their home, Mark and Ruth Valgemae barely recognize their neighborhood.

“That was a teardown,” Mark says as he points to a tall-gabled home up the street.

“The one there is,” Mark continues. “That was a teardown, that's a teardown.”

Edina’s Morningside neighborhood, home to the Valgemaes for more than 30 years, is transforming from smaller, older, homes – to new, larger, and more expensive houses.

Citywide since 2008, nearly 1,000 Edina homes have been demolished – roughly eight percent of the city’s single-family homes.

“It's something just so out of whack,” Ruth says.

The City of Edina has heard from plenty of other residents with similar concerns. Recently, it launched a pilot program aimed at preserving some of the more affordably-priced homes often scooped up by builders as teardowns.

The city mailed more than 1,000 post cards asking the question, “Do you want to sell your home but not for a teardown?”

The city partnered with West Hennepin Affordable Housing Land Trust in setting up the program. Under it, Edina would make funds available to buy a limited number of houses for their appraised values to assure those homes remain intact and with families needing more affordable options.

“This is not a moratorium at all on teardowns,” Stephanie Hawkinson, Edina’s affordable housing development manager, says. “We are not mandating that anyone sells their home to us. We're just providing them with a choice.”

Hawkinson says a growing number of people who work in Edina can't afford to live there.

“Do you want a city that just contains $1.3 million homes?” she says.

The city mailed the postcards to owners of homes valued at less than $425,000 dollars, both the cutoff for eligibility and the homes most quickly scooped up by builders for teardowns.

For the Valgemaes the clock is ticking on a on a neighborhood changing around them.