Fire officials say all employees got out safely, but an XCEL Energy worker apparently suffered smoke inhalation while shutting off powerlines. 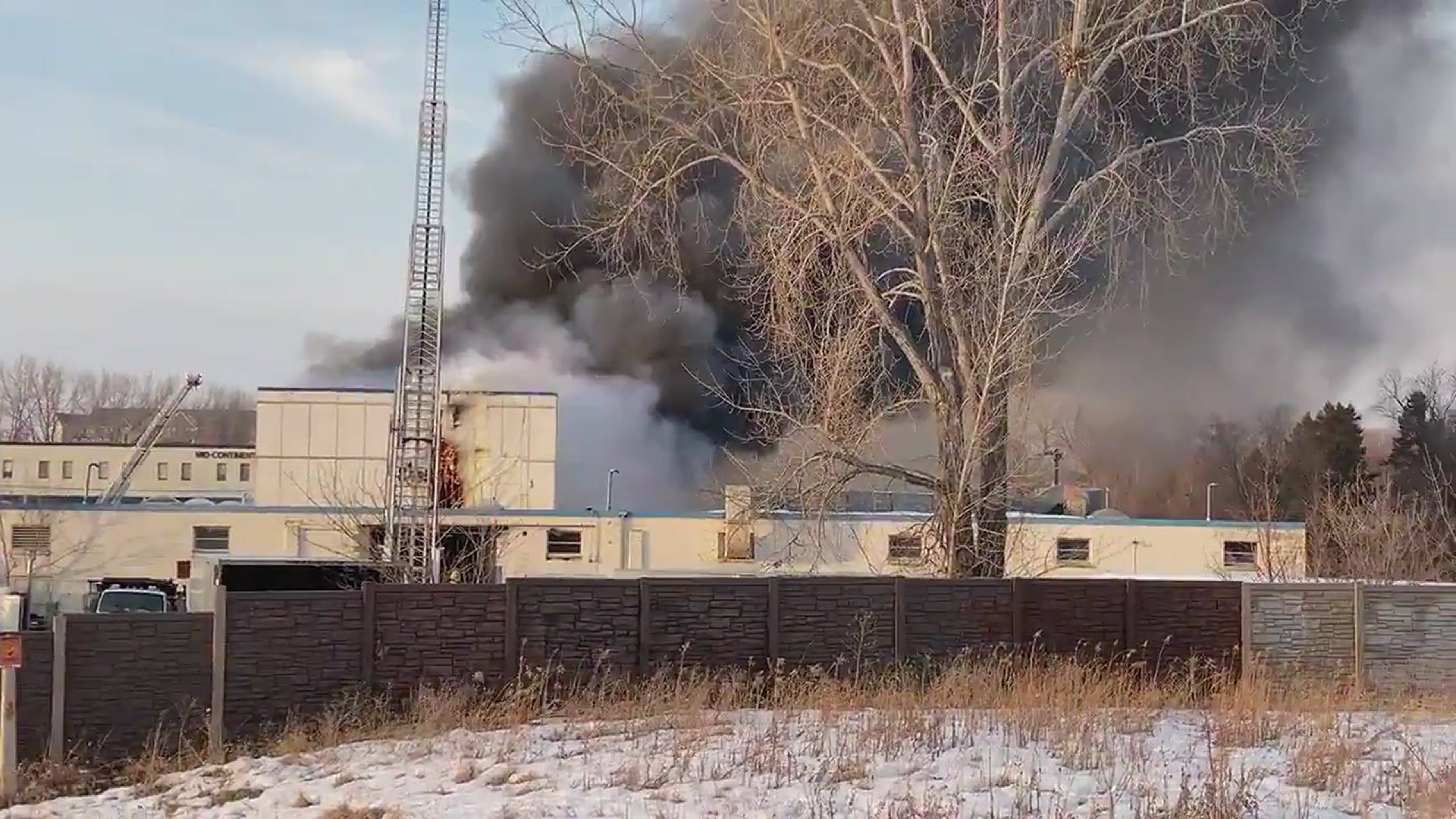 Officials tweeted out the fire a little after 5 p.m. and say the building's central three-story tower was fully engulfed in flames, with multiple partial wall collapses reported.

Minneapolis Fire officials called it a "defensive fire," and no crews were permitted inside the building to fight the fire.

Authorities say all employees within the building were evacuated and no injuries have been reported.

"An XCEL Energy worker was treated on scene by EMS for possible smoke inhalation received while in their bucket shutting off the powerlines," according to a Minneapolis Fire Dept. news release.

The cause of the fire is under investigation.

Structure Fire - 400 block 35th Ave NE. Crews are on scene at a large warehouse with fire showing from the center of the roof. Crews setting up for a defensive exterior attack. Reported that all people have exited the building.