Spare Key Executive Director Erich Mische is back home in Minnesota recovering and reflecting on his unusual experience. 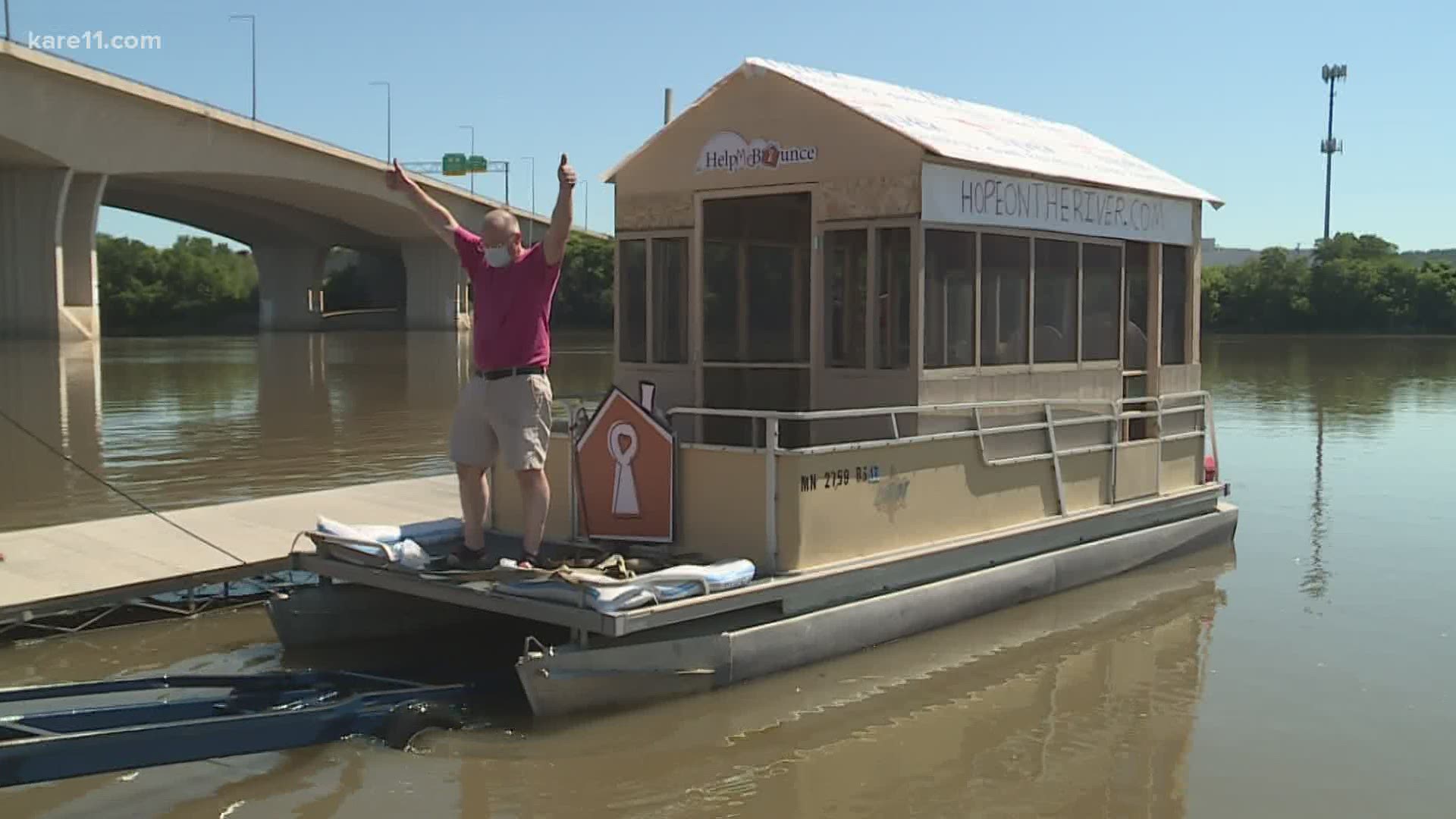 ST PAUL, Minn. — There are plenty of junky pontoons on lakes across Minnesota and western Wisconsin, but chances are their owners wouldn't be crazy enough to take them on a 1,700-mile voyage down an unforgiving river.

Spare Key Executive Director Erich Mische is the rare exception. He pushed off from the banks of the Mississippi River in St. Paul two months ago on a 50-year-old pontoon with a garden shed placed on the deck, headed south in a desperate effort to keep the organization afloat in the COVID era. Spare Key provides assistance to families in crisis with critically ill or seriously injured family members by helping with house payments and other resources and responsibilities.

Mische piloted the old pontoon, dubbed the "Hail Mary," through busy river traffic, locks and dams, mechanical problems and even Hurricane Delta. He docked the craft in Baton Rouge, LA, having registered Spare Key to do business in all 50 states while on his water-bound journey.

"What started out as a way to keep Spare Key afloat became so much more. Along this journey, I was able to build lasting relationships and learn important lessons that I will carry with me for the rest of my life,” Mische reflected. “Each person is fighting their own battles. Even if people do not directly need the help of Spare Key, I want them to see that there is always hope during difficult times. The people I met along the way have made a lasting impact on my life and I hope I was able to do the same for them.”

Mische readily admits he is not exactly an intrepid adventurer, saying he is "afraid of the dark and scared of wild animals," but as he meandered through 10 states in 56 days time, he forged new relationships, recruited donors and spread the mission of Spare Key.

“Spare Key, like thousands of non-profits, has been severely impacted by the effect of COVID-19 on the economy,” said Mische. “Every event scheduled for this summer, except for one, has been cancelled or postponed. Waiting for something better to happen to change the trajectory of the troubled economy’s impact on charitable giving is not an option. This once-in-a-lifetime journey was my way of ensuring that Spare Key can continue to help families across the country.”

Even though his "Hope on the River" trip is over, Mische says you can still donate to Spare Key by donating directly at www.sparekey.org/donate, or by texting the word “RIVER” to 52000 to donate $20.

Spare Key has served over 4,000 families with nearly $4 million in housing and housing-related expenses since it was established in Minnesota 23 years ago.