Body camera videos, crime scene photos and 911 calls were released on Thursday as evidence from the Mohamed Noor trial was made public. 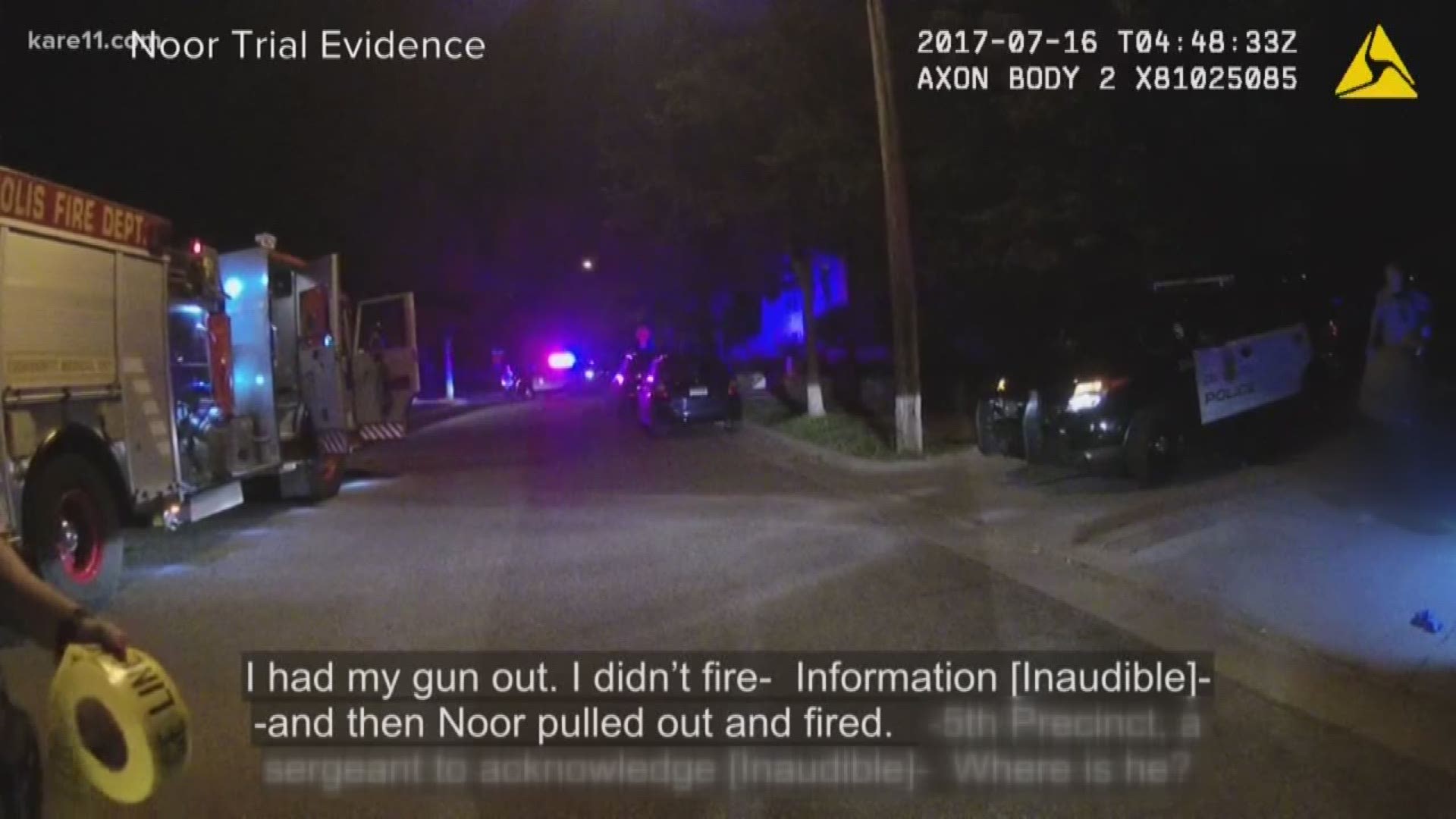 MINNEAPOLIS — Much of the evidence in the trial of former Minneapolis police officer Mohamed Noor was released on Thursday.

The evidence included body camera footage, the 911 calls Justine Ruszczyk Damond made before she was shot and killed, and video and photos of the scene. Some graphic body camera footage is still being redacted and blurred, and will be released next month.

The below 911 call from Justine Ruszczyk Damond is what eventually led Officers Mohamed Noor and Matthew Harrity to the alley behind her south Minneapolis home.

"It sounds like sex noises, but it's been going on for a while and I think I just heard, 'Help.' And it sounds distressed," she told the dispatcher.

Listen to the full first 911 call from Ruszczyk below or click here on the app. 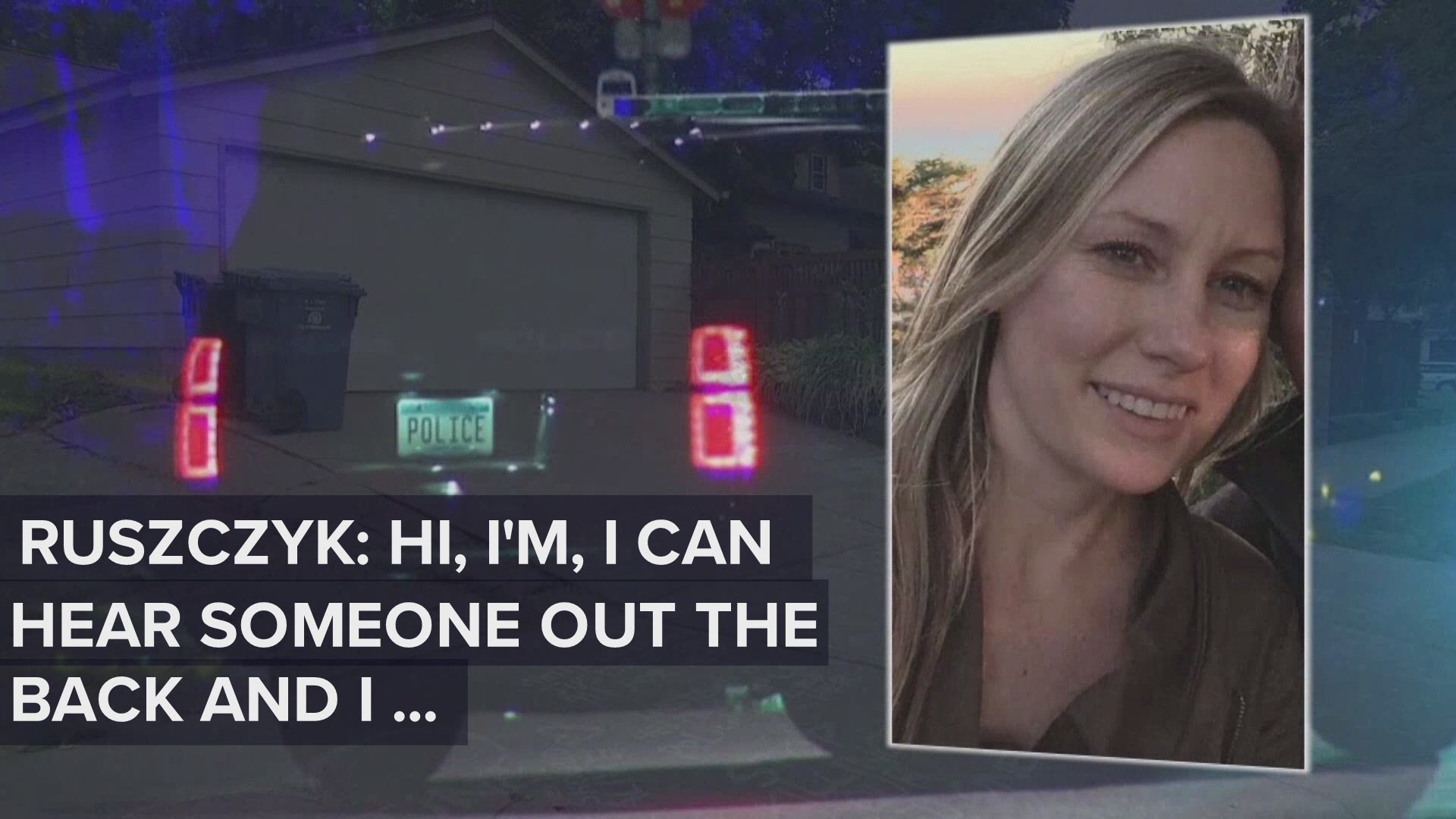 Listen to the second 911 call from Ruszczyk below or click here on the app. 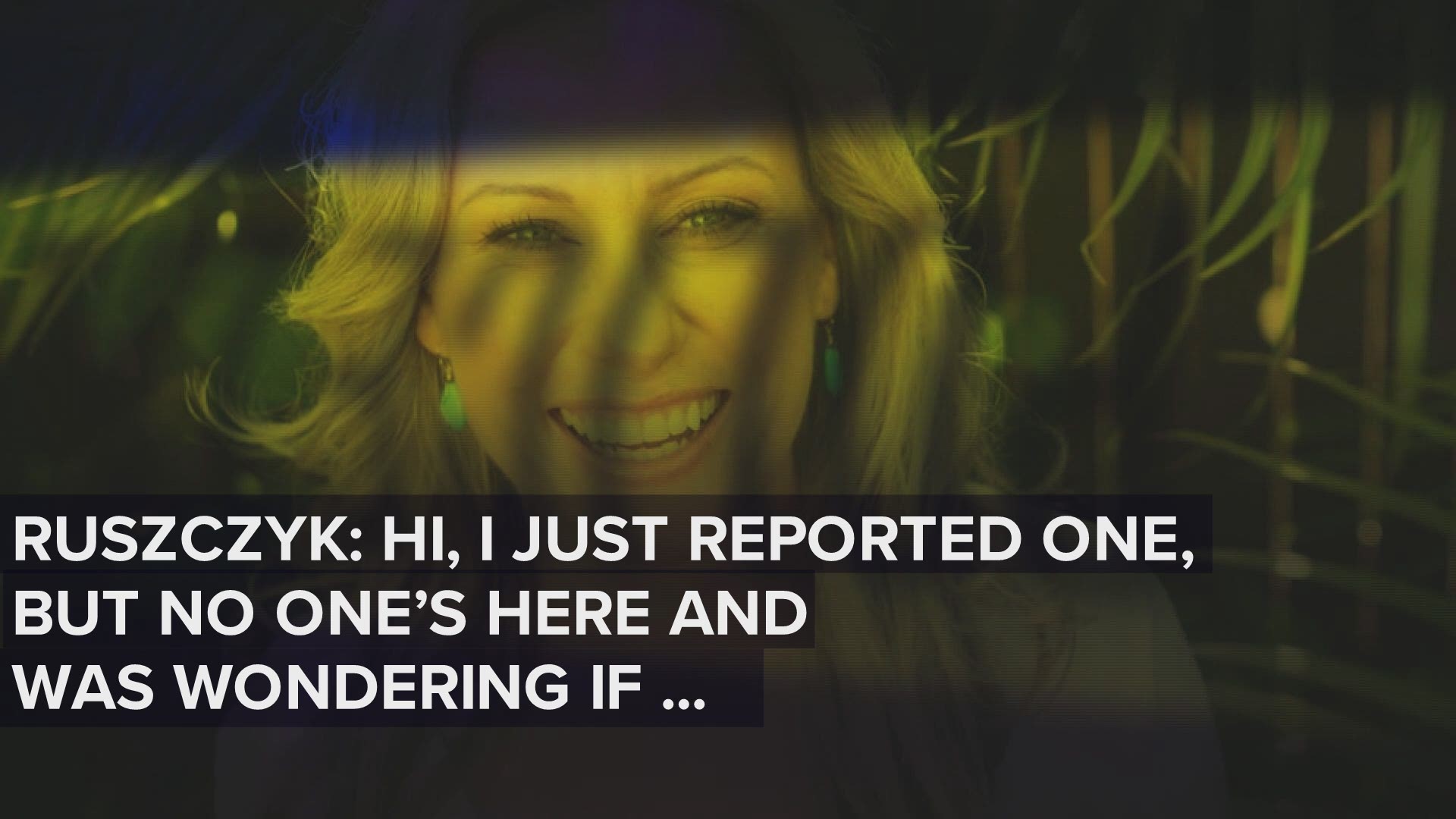 Five more minutes passed, and after approaching the police car with her cell phone in her hand, Ruszczyk was shot dead.

A teen passing on his bike shot a cell phone video right after the shooting.

"What's happening, sir?" You can hear the teen asking. "Just back up for us," Noor says. "You can videotape, just back up."

Other Minneapolis police officers, hearing the radio call of “shots fired," respond. They think they need to look for a shooting suspect. No one says exactly what happened.

Watch the BCA footage of the crime scene below or click here on the app. 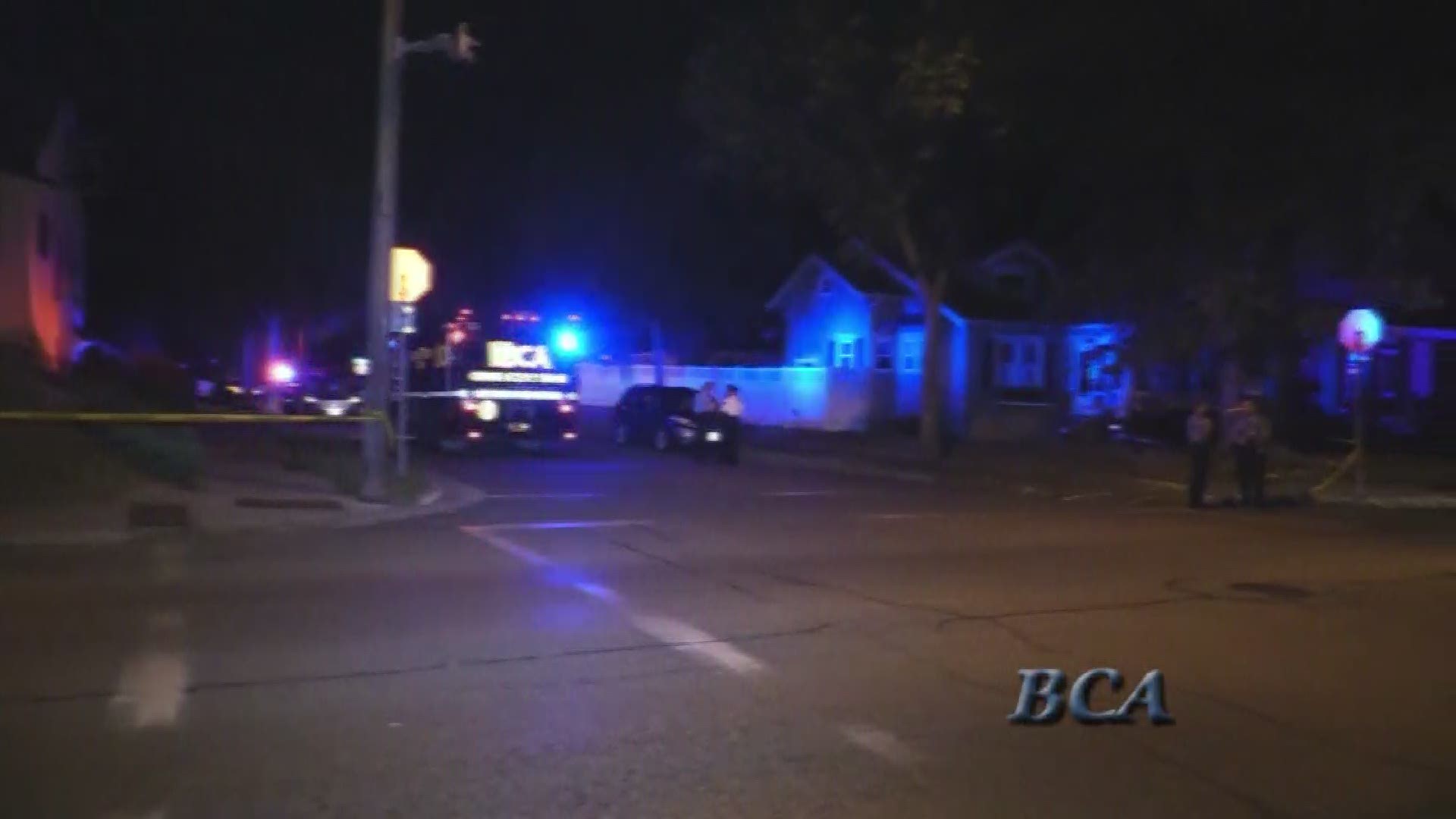 The jury in the Mohamed Noor murder trial saw all these videos and more. One video from Sgt. Shannon Barnette's body camera shows the sergeant talking to Noor’s partner Harrity.

Harrity: "Uh we had that um, the call over here. Someone was screaming in the back. We pulled up here. We were about ready to clear and go to another call. She just came up out of nowhere on the side of the thing. We both got spooked. I had my gun out. I didn't fire. And then Noor pulled out and fired."

Watch the video of Barnette and Harrity below or click here on the app. 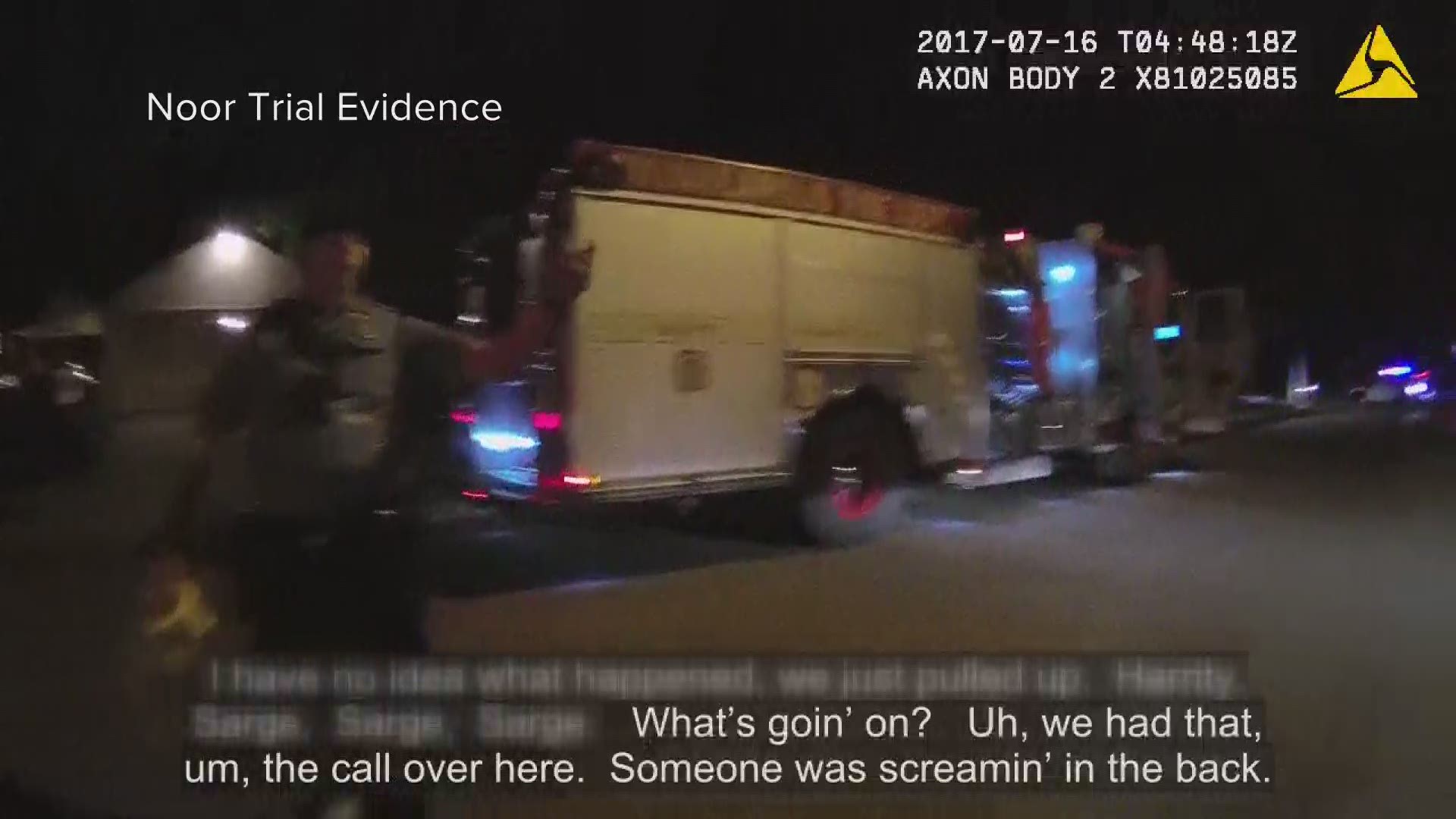 Prosecutors said the videos show officers covering for each other. For instance, when Officer Jesse Lopez approached Noor at the scene, he could be heard telling him not to talk.

"You all right, kiddo?" Lopez asked. "Yeah," Noor replied, kind of shaking his head. "Keep to yourself. Keep your mouth shut. (Inaudible) have to say anything to anybody," Lopez finished, also telling Noor to shut off the squad camera in Lopez's car, which Noor and Officer Ringgenberg were going to sit in.

Watch Officer Lopez's body camera video below or click here on the app. 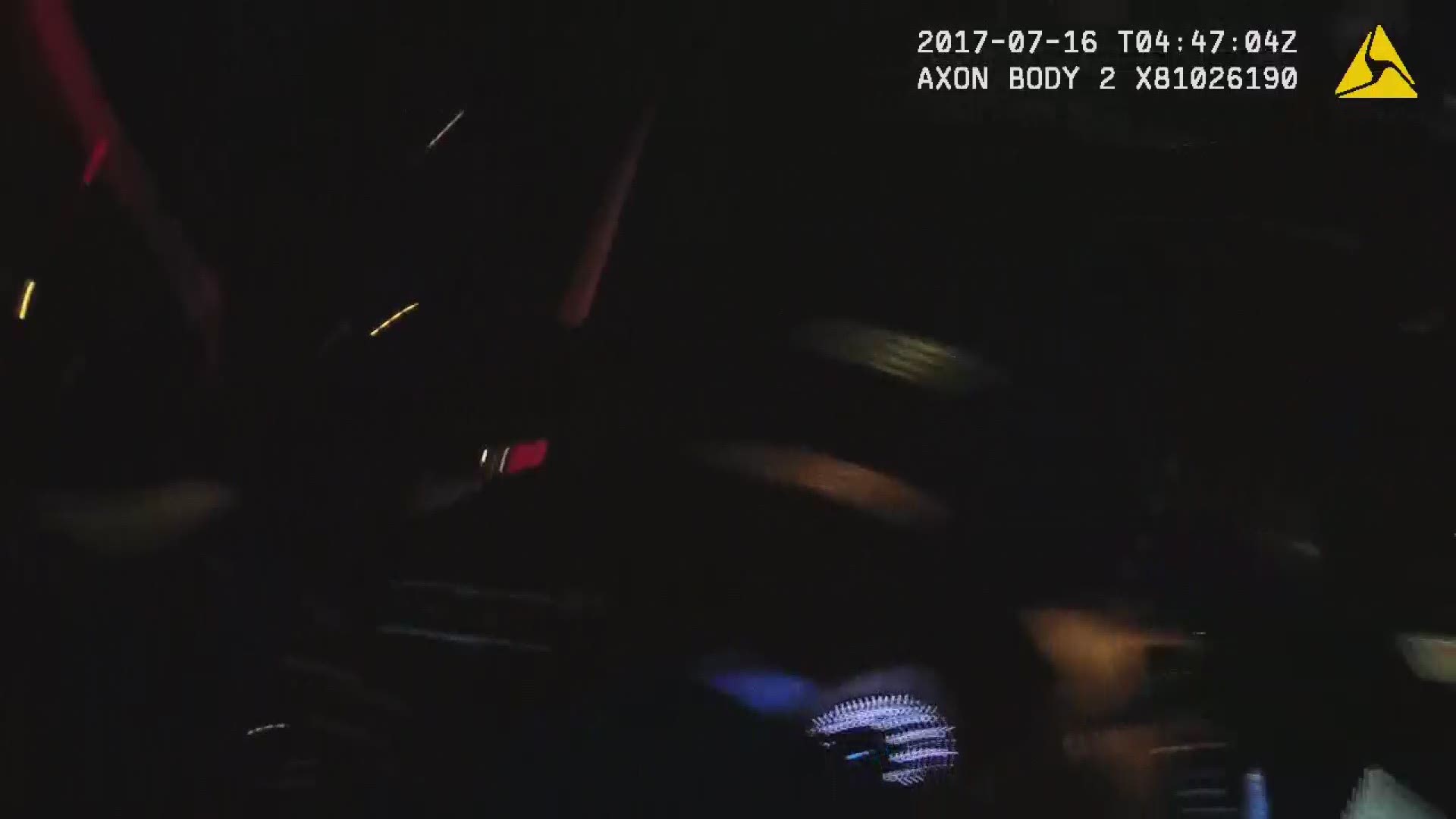 Sgt. Barnette admitted in testimony that she did not mean to record the below video. Her body camera captured it, without sound, because the cameras include a 30-second cache prior to pushing the button.

Prosecutors say Noor is demonstrating to Barnette how he fired the shot.

Watch the Sgt. Barnette body camera video below or click here on the app. 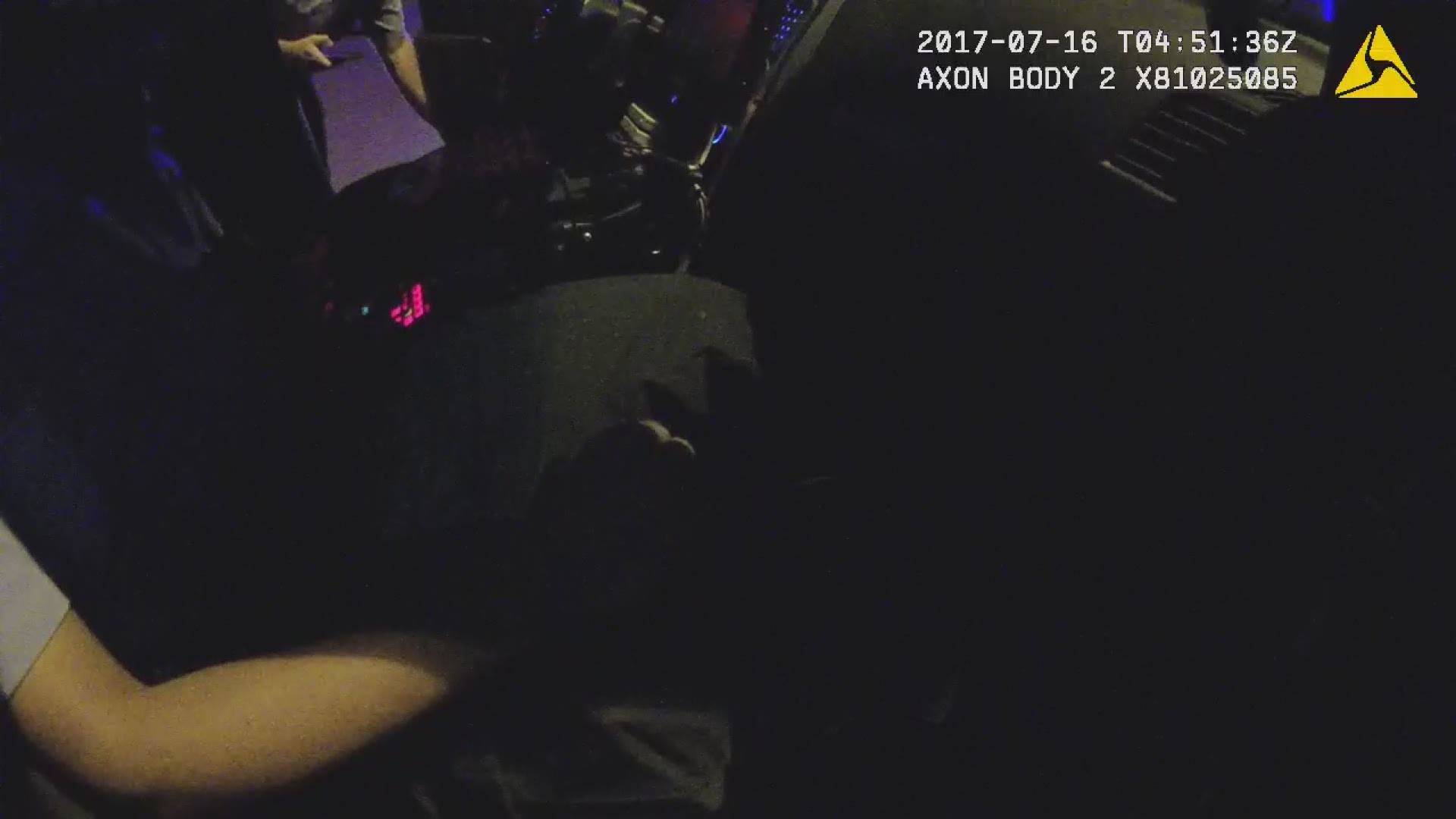 "Did you find out the direction he shot?" someone asked Barnette. "He was in the car," she replied.

But on the witness stand, Barnette said Noor never told her anything about the shooting, even though under MPD policy she was supposed to ask a couple of basic questions, like the direction of the shot.

Watch the Lewis body camera video below or click here on the app. 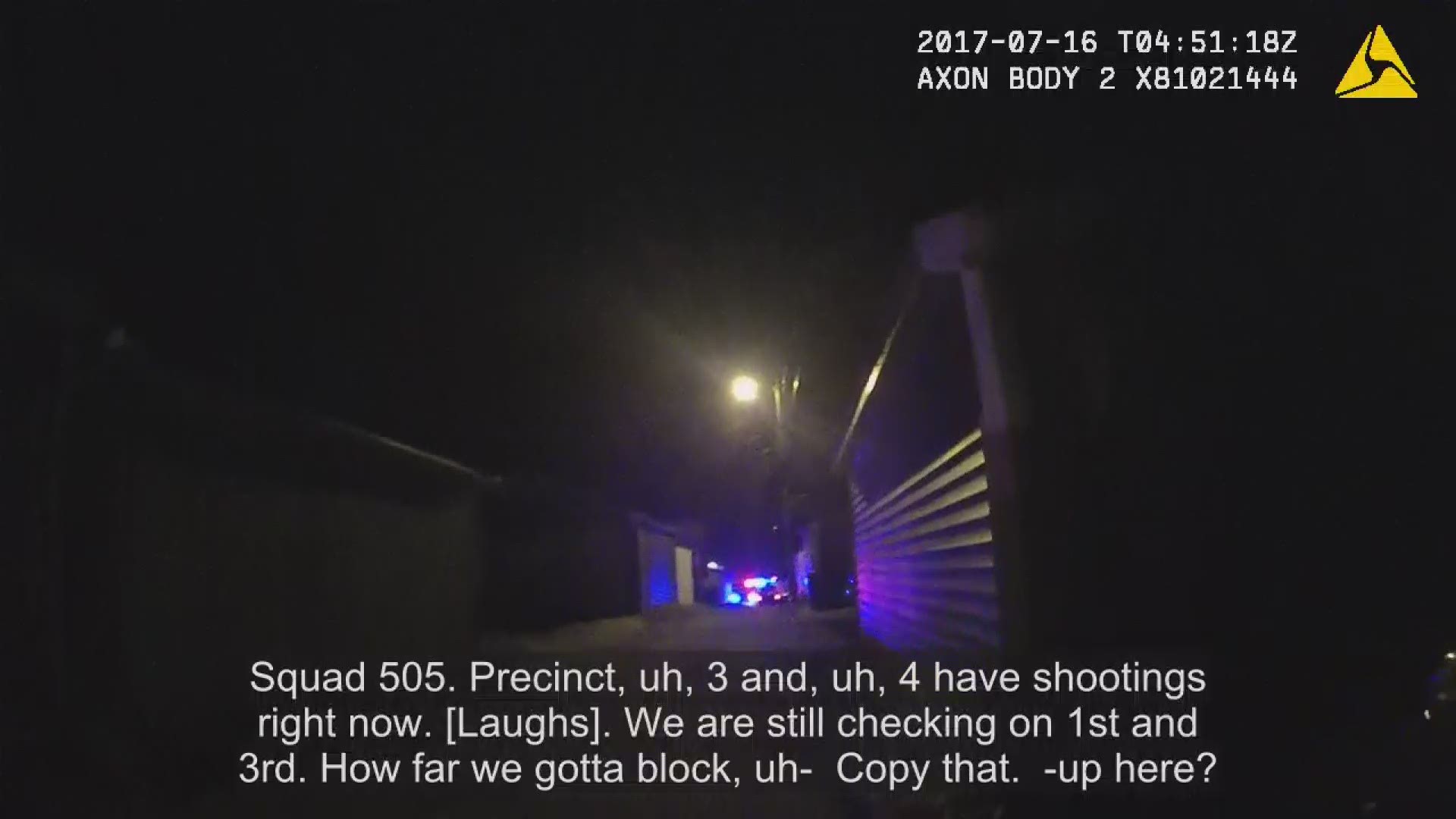 The videos also show the officers turning their body cameras on and off.

It took hours before officers figured out the victim was Ruszczyk. Barnette even left her a voicemail from the crime scene.

"Say, I know you called in on the unknown trouble call, the woman screaming," Barnette said on Ruszczyk's voicemail. "And I have a question for you. It's pretty important. If you can call me back when you get this please."

The one thing not captured in the evidence was Justine approaching the car and the shot itself. But the jury still decided it was murder.