Tara McNeally works for the HomeTown Bank branch inside Shakopee High School and wrote a Facebook comment critical of the school board chair. 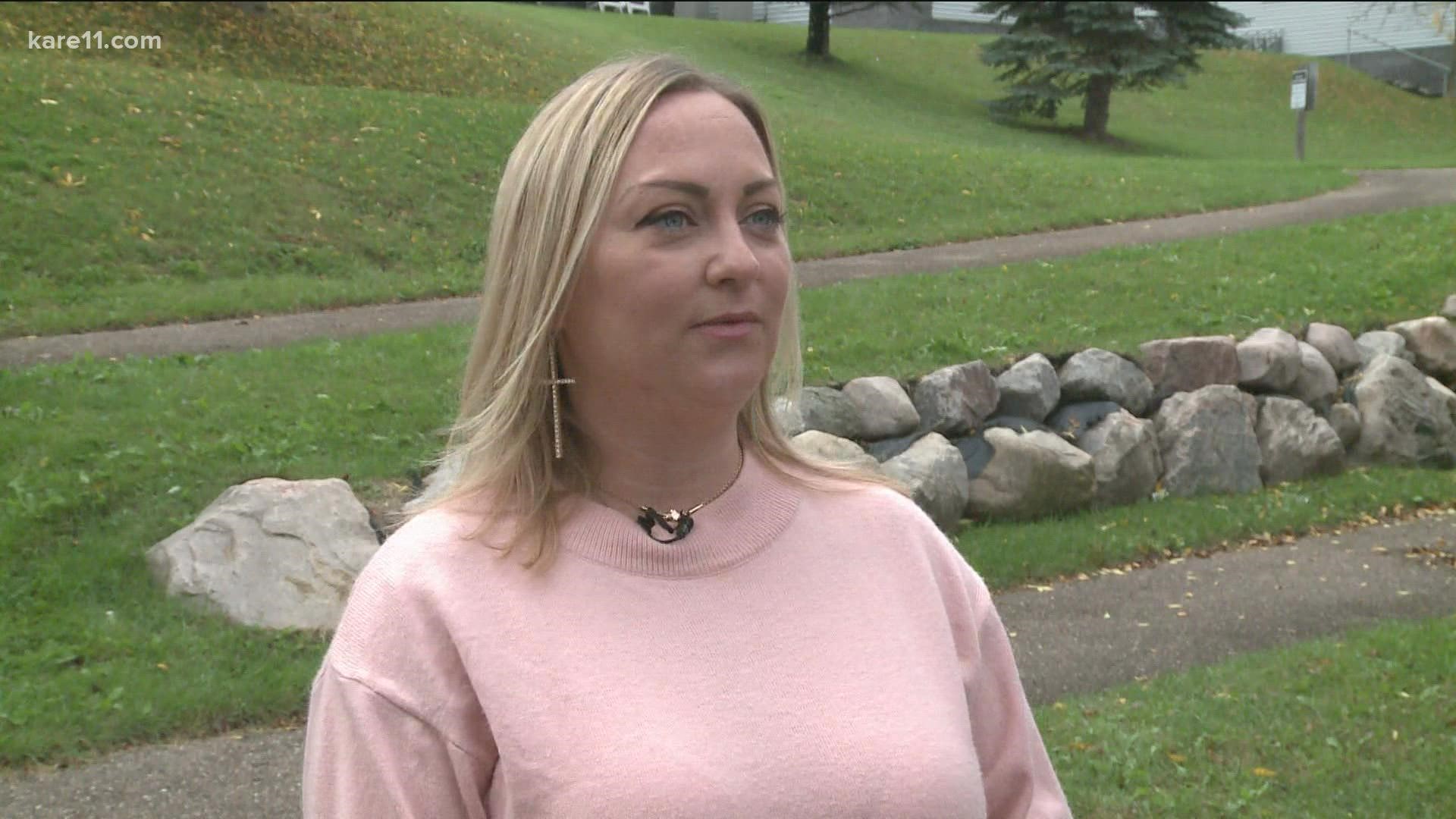 The latest school board meeting in Shakopee featured parents speaking passionately about the district's mask policy.

And a Facebook comment written by single parent, Tara McNeally, afterwards criticizing a school board member during that discussion now could cost her job.

"I was in shock. I couldn't even believe it," McNeally said.

Tara is a personal banker for HomeTown Bank, which has a branch inside Shakopee High School. Tara mentors a couple of interns there and has spoken in classrooms in the past about financial literacy.

"Kind of intertwining with the students and helping them just gain more knowledge as to how the real world really works," McNeally said.

After last week's board meeting, Tara wrote a Facebook comment referring to the body language of the board chair while Tara's friend with a hearing-impaired daughter was speaking on the mask issue.

The full post says: "I personally was really disappointed in board member Kristi Peterson tonight. She was turning around to watch the clock time while Amanda was speaking about her daughters struggle with her disability and masking. So rude. I know that most people don't have ill will toward these children... but that lady has showed she has NO HEART. Who does that???"

In video of the Sept. 27 board meeting, Peterson can be seen turning her head multiple times, but it is unclear what she was looking at.

In response to the Facebook comment, Shakopee Superintendent Mike Redmond wrote a letter to Tara's boss at HomeTown Bank, saying, "The characterization in this post is untrue. If this same post were made by an employee of Shakopee Public Schools, it would be considered insubordination, and the event would be referred to our Human Resources Department for appropriate disciplinary action."

Redmond includes a screenshot of the Facebook comment in the letter and goes on to ask HomeTown Bank not to allow Tara in any school building while in her role as a banker in the school/bank partnership.

Tara says HomeTown Bank in turn suspended her without pay for two weeks while they and the school investigate.

"I'm merely making an observation on an elected public official. I should have every right to do that. So I don't believe they have any right to go after me," Tara said. "We don’t have to threaten people’s livelihoods over disagreements. There’s other ways this could be handled."

Superintendent Redmond released a statement to KARE 11 that says:

The letter was provided to the community partner to support its investigation. No one in the school district ever requested the subject in the letter receive any disciplinary consequence. Any disciplinary actions are at the sole discretion of the employer, and are independent of the partner’s relationship with the district. We requested that the community partner follow the same protocols regarding the subject’s presence in the work zone during its investigation as we would with a district employee."

The subject of the letter is an employee of one of the school district’s community partners. This person provides educational services to students and works in a branch office of the bank inside the high school.

As partners, the school district and HomeTown Bank had conversations regarding a number of issues, including a series of alleged actions by the bank’s employee. At no time did Board Chair Kristi Peterson contact the bank regarding this situation. The September 29th letter was shared after the bank employee accused Board Chair Peterson of doing so.

There has also been media attention regarding the actions of Board Chair Peterson during the public comment portion of the board meeting on September 27.  It is important for the community to know that Board Chair Peterson’s actions were consistent between all six speakers. Due to major technology problems, the monitor positioned in front of the board chair was not functioning. The Board Chair turned periodically during each presentation to check the stopwatch displayed only on the large screen behind her.