The power outage affected nearly 900 customers near Lexington, on a day with temperatures in the mid-90s. 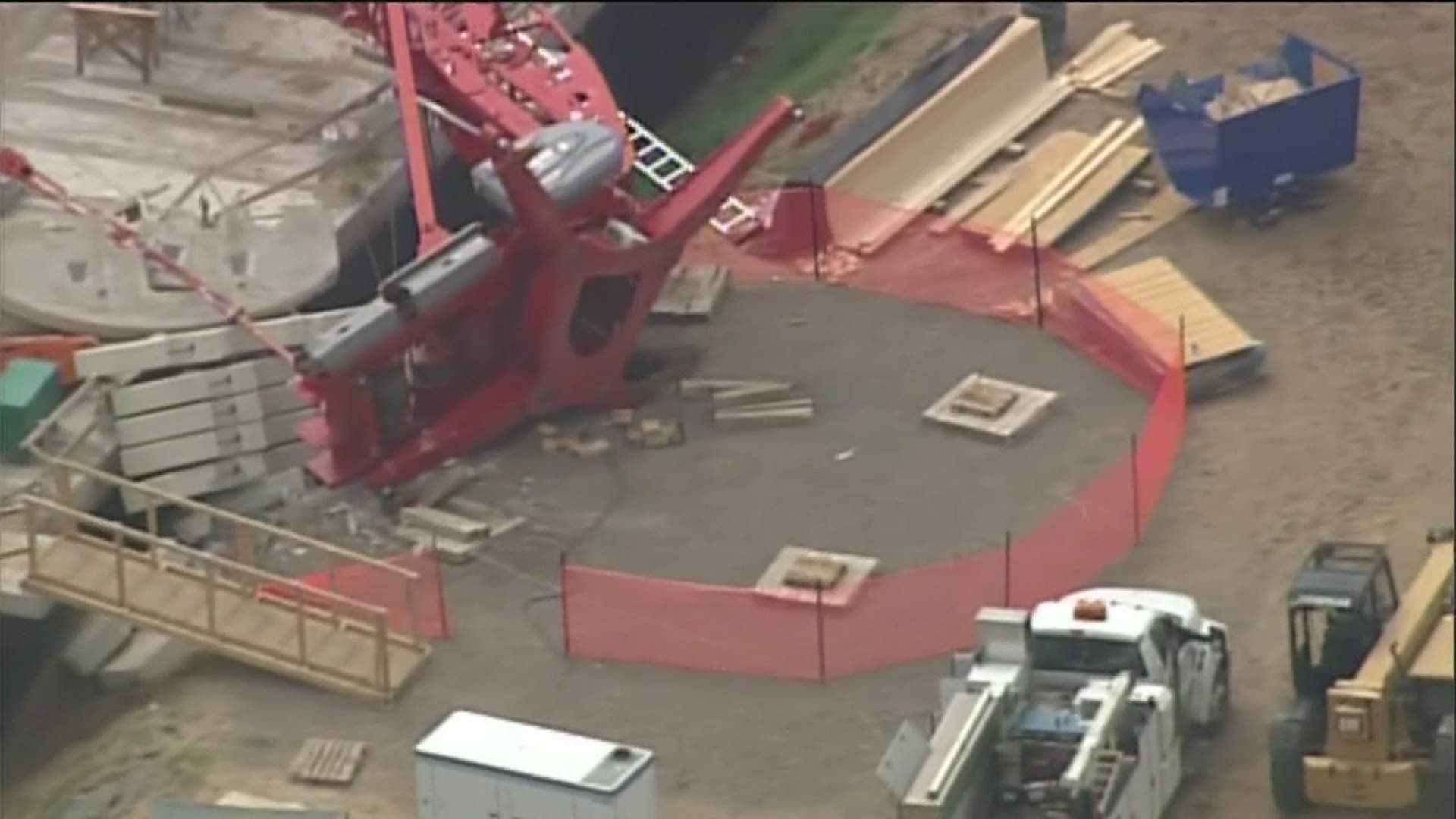 CIRCLE PINES, Minn. — According to the Centennial Police Department, a construction crane fell over onto power lines and portions of an apartment building still partially under construction around noon on Friday at 9001 Griggs Avenue in the suburb of Lexington.

Aerial footage from Sky 11 showed portions of the crane had damaged the top floors of an unfinished wing of the building, called Lexington Lofts. Centennial PD said "most" of the damage was done to the part of the building that was under construction.

Though the finished portion of the building does already have residents, police said there were no known injuries and everyone was accounted for. Authorities say the building at the time of the collapse was 20% to 30% full of residents, which is 15 units. The residents in the 15 units were being put up in local area hotels. Residents are planning to return to their apartment units on Monday.

Centennial PD said up to 1,000 people in the area were left without power after the collapse. By about 4:30 p.m., police said power had been "mostly restored" in the area, though the building was still without power. A small grass wildfire was also reported due to the downed power lines but was quickly extinguished.

The cause of the accident is under investigation.