The icicle fell as the 10-year-old’s family exited City Center in downtown Minneapolis. 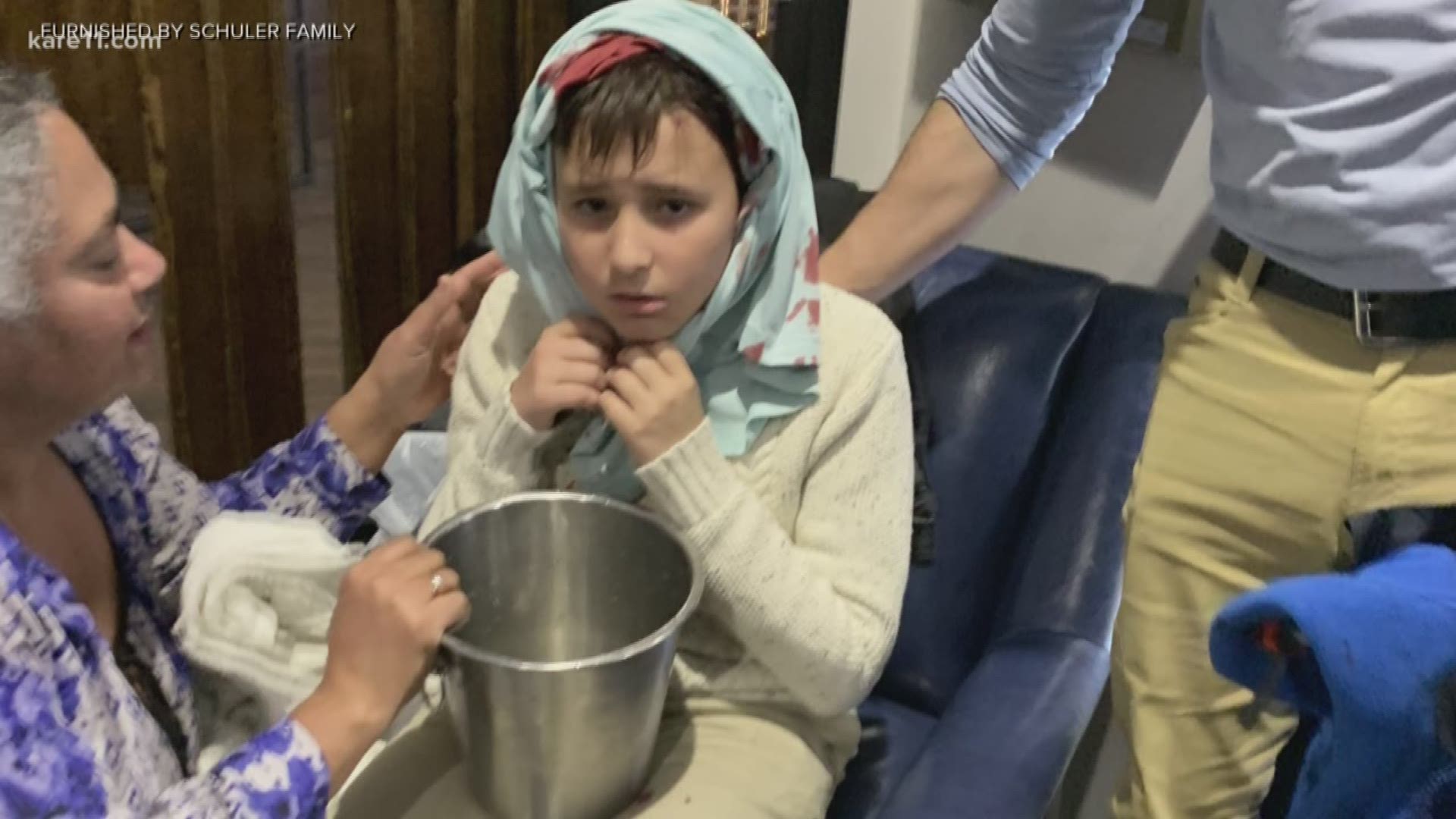 SOUTH ST PAUL, Minn — A 10-year-old boy says he’ll be looking up – as well as down – during future Minnesota winters.

On Sunday, Ayden Schuler wound up in the hospital overnight after an icicle fell from a Minneapolis skyway fell onto his head.

“Dad took one of his shirts off and held it against my head to stop the bleeding,” Ayden said Monday from his South St. Paul home.  “And I asked him if I was going to die.”

The icicle fell as Ayden’s family exited City Center, where they’d been having dinner to celebrate his mother’s birthday.

“That's when that thing came up and smashed my head,” Ayden said.

Ayden's mom called 911 and soon Ayden found himself surrounded by EMTs and firefighters. An ambulance ride and an overnight stay at Hennepin County Medical Center followed.

Ayden arrived home the Monday with seven staples and some sutures closing the gap in his head.

“You think of icicles as these cute little dangly things off the top of your roof... you don't think of them as the daggers that they can be,” Lucas Schuler, Ayden’s dad said.

On Monday, the sidewalk was taped off under the skyway.  Ayden's parents wish building managers had seen the risk sooner, but mostly feel relief their son wasn’t more badly hurt.

“I'm just glad we got lucky enough where he's here with us and we can learn from it - and here we are being able to show others to watch out for it,” Ayden’s dad said.

Just a family passing along some cold, hard, truth.

Man crushed to death at auto dealership
Mpls. mom forced to use Uber to send son to school because of bus issues

How to survive a fall through the ice