Minneapolis police pursued a vehicle early Monday morning when it lost control and flipped, killing the three people inside. 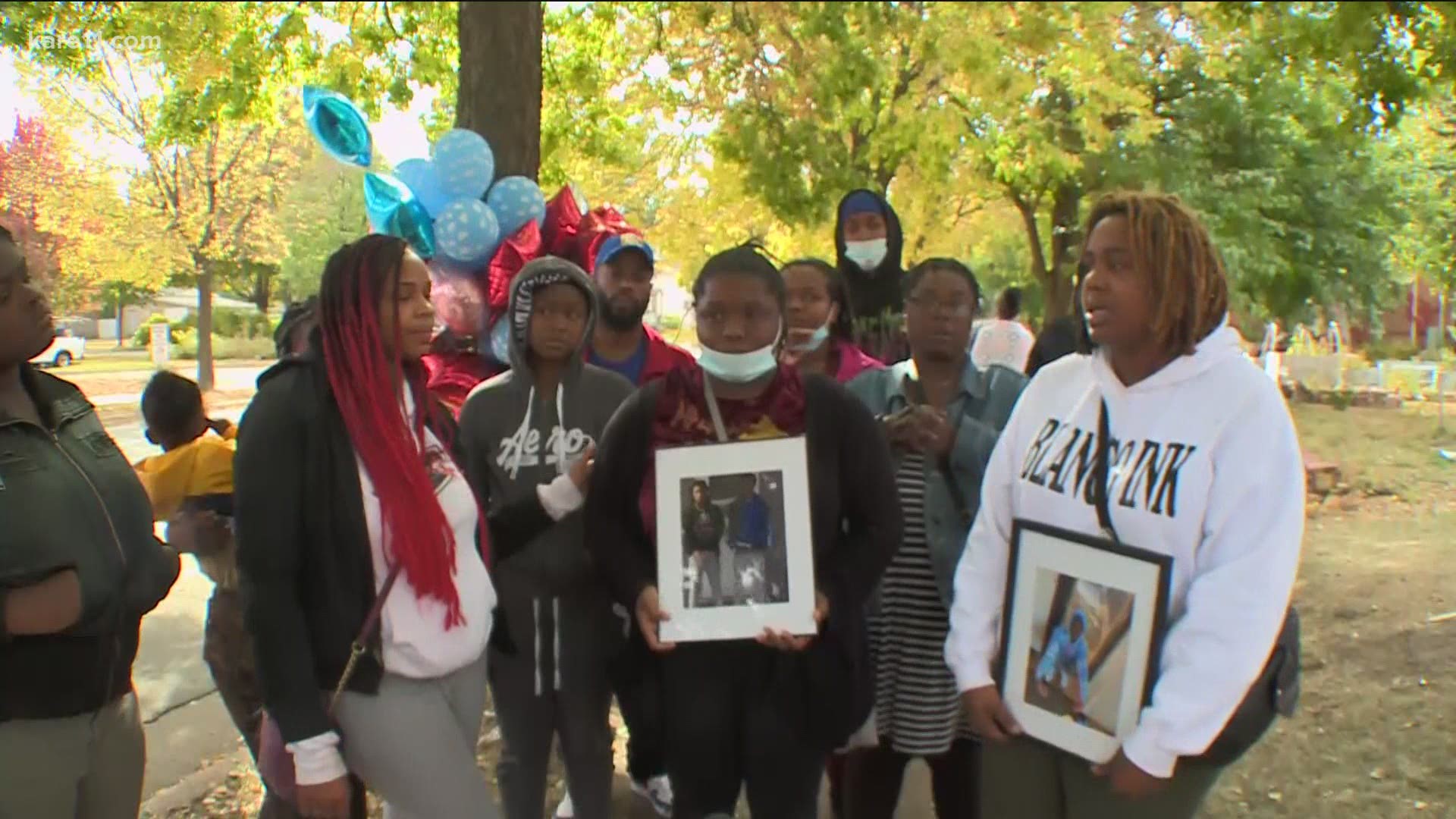 MINNEAPOLIS — Flowers, candles and balloons hang around a tree at the intersection of North Emerson Ave. and North 18th Ave. in north Minneapolis – the intersection where Minneapolis police say three people lost their lives in an early morning crash, following a pursuit.

“Called one of the officers over there and asked, 'Do one of the boys over there have a tattoo that says 'Convona' and his brother's name, and a heart on his hand?” says Sims. “He came back and showed me a picture of my sons hand, and it was my son.”

Minneapolis police say just before 2 a.m. Monday, they saw a car recognized as being stolen in what police are calling a “carjacking with force” when the driver lost control of the car.

Police say the car flipped over – killing all three people inside.

Credit: Family submission
The parents of two teens killed in a pursuit with Minneapolis Police identified the boys as 15-year-old Jamontae Welch and his cousin, 16-year-old Demetrius Dobbins.

“The phone call I got was my son gone,” says Thomas Wright. “I didn’t know what happen. First thing I thought was he got shot, these kids doing what they want to do, turning back to the Wild Wild West.”

Wright came back to the scene with balloons in hand standing alongside dozens of the teen's friends. He says the other person in the crash was a juvenile.

Now, both families say they want to know what led up to the crash.

“I want to know what actually happened because if it’s a high speed chase, and the car is way in front of you, why are you chasing this car down – down a one way, the wrong way anyway,” says Sims. “Get these kids something to do – gyms, afterschool activities – this don’t make no sense. Then they have my son and nephew laying out here for hours,” says Wright.

Minneapolis police say the BCA has been called in to conduct an independent investigation. They say the squad car video has also been turned over to the agency.

RELATED: 3 killed in crash during police pursuit were teens