Smith was killed by two undercover deputies who the BCA says Smith shot at first. 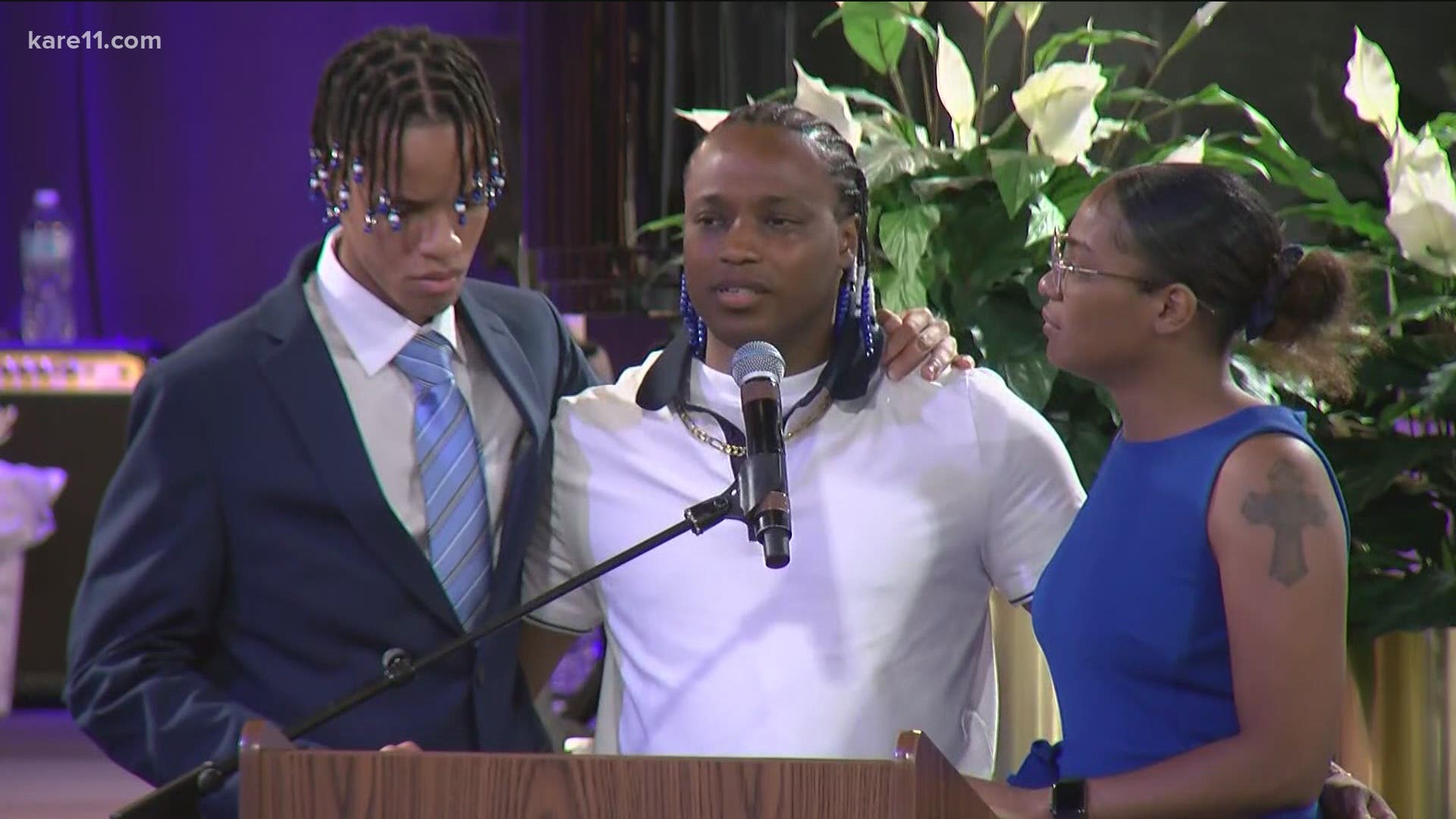 MINNEAPOLIS — The funeral for Winston Smith was held Saturday morning at Shiloh Temple in Minneapolis.

Smith was shot by deputies on June 3 at a parking ramp in Uptown Minneapolis.

Smith's mother, Elisaa Wilson, spoke at the funeral and thanked everyone for their support.

"Those who knew him, know how he was. They know his laughter, he's a character, Wilson said.

Smith's brothers, Jesse Floyd and Kidale Smith broke down in tears as they remembered their brother.

"He always wanted to be the tough guy and I feel like he felt like he was put in that position because when we hung around so many people would try to pick on me and he would always stand up for me," Kidale Smith said.

"From what they say about my brother, he made some bad choices, he wasn't perfect, he wasn't no murderer," Floyd said.

According to court records, Smith missed his sentencing date for a felony firearms violation, and a warrant was issued - leading to an attempted arrest by a U.S. Marshals task force.

A woman was in the car at the time of the shooting and through her attorney says there was no gun.

The BCA is standing by their earlier statement and saying they collected a "handgun as well as spent cartridge cases from inside the driver's compartment."

As we continue to wait for answers, Smith's family is standing firmly by his side.

"I just enjoy everyone for coming here, for the support," Wilson said.