Lakeville family relocates to Sioux Falls so that three daughters can receive public school special education services in person rather than in online format. 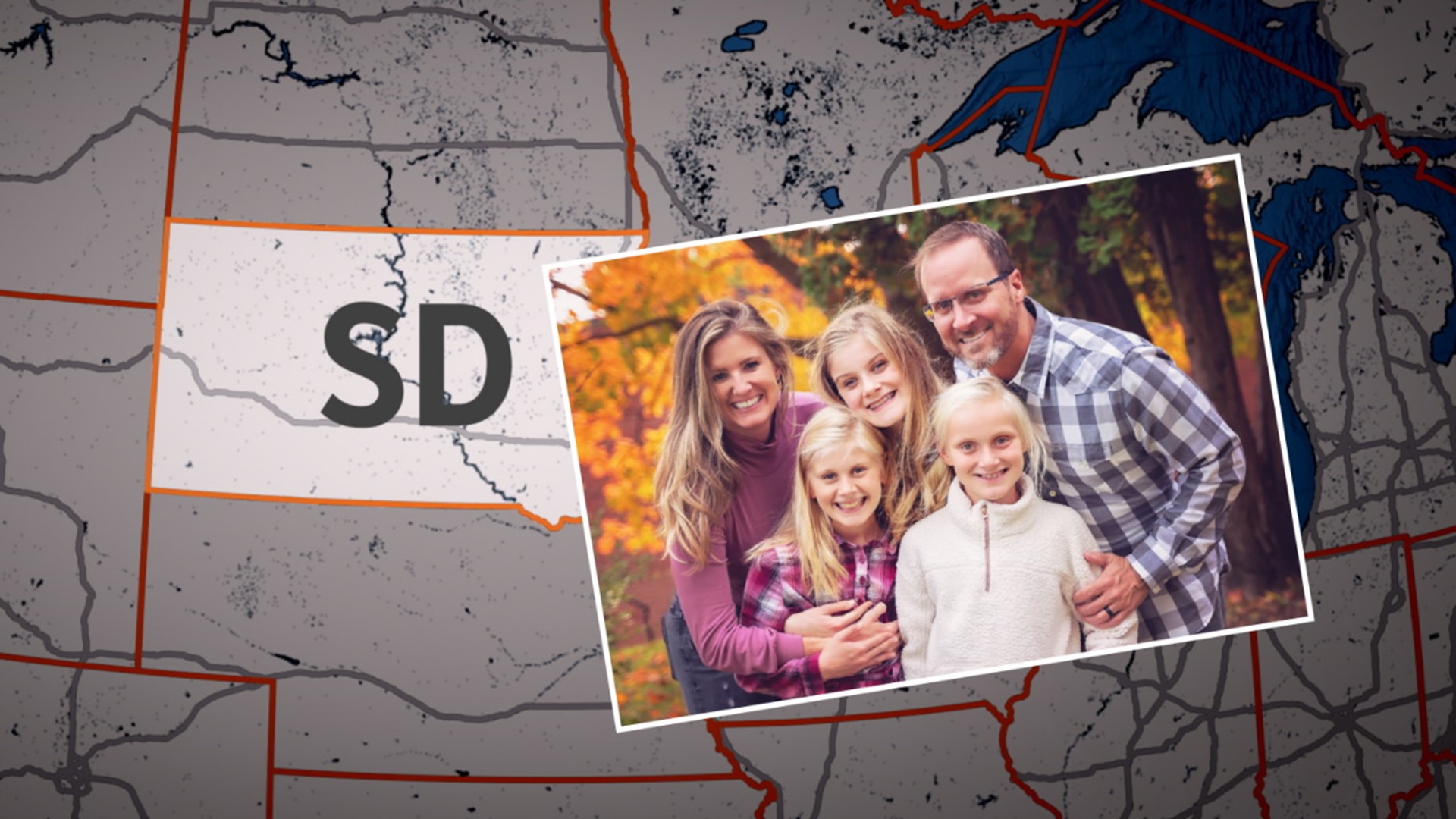 MINNEAPOLIS — South Dakota has taken some heat for its per capita COVID-19 death rate, the eighth highest in the nation. But some families are moving there because that state has taken a different approach to the pandemic.

In January, Ali and Tony Gabriel pulled up stakes and moved from Lakeville to Sioux Falls in search of schools with traditional classroom instruction because they sensed their three daughters were falling behind in distance learning.

All three of their girls – Nora, Nina and Noelle – had been receiving some level of special education services, including paraprofessionals and personalized instruction, in the Lakeville Schools. But they found those face-to-face services weren't available after schools switched to online instruction due to the COVID crisis.

"I'm not equipped, and I'm not educated to teach a special education child," Ali Gabriel explained.

"I appreciate everything their special education teachers did. It still just wasn't enough."

The girls -- a ninth-grader, a sixth-grader and a fourth-grader -- are all enrolled now in the Harrisburg Public Schools headquartered in suburban Sioux Falls.

"Many kudos to their school board, the Harrisburg School District has not missed one day of school this year, due to COVID, not one," Gabriel said.

Tony could still do his insurance job working from home, so that was a seamless transition.  But Ali had to give up her post as a personality at Cities 97 in the Twin Cities. She's happy to report she's starting a new radio gig in Sioux Falls this week.

"I’m just so happy that my kids are back in school and getting the education that both need for their education but for their emotional well-being as well."

South Dakota as a magnet?

Amy Stockberger, the Sioux Falls residential real estate broker who worked with the Gabriel family, said they're part of a trend of families migrating to South Dakota from across the nation.

"It’s just been full-throttle, pedal to the metal, real estate wise. Our inventory levels are down a little over 45% because we have such an influx of people moving in," Stockberger told KARE Sunday.

"The big trend we're seeing is a lot from Minnesota, seeing a lot from the West – Washington, Oregon, California, Las Vegas."

"Our sense is this isn’t really a competition, when everybody in the Midwest is thriving it’s good for all businesses," Commissioner Grove told KARE.

"And one of the really unique things about Minnesota’s economy is we’re incredibly diverse and we’re a great place to start a business."

He said his staff regularly hears from tech companies in other parts of the nation who are interested in moving part of their operations here. The state's reputation for having a well-educated workforce also plays well.

"We're ranked number one in the nation in business survivability rate," Grove remarked.

"That means if you start a business in Minnesota you’re more likely to be around five years from now than in any other state in the country – people who start stuff here they work hard at it, they stick to it."

Coming up tonight on @kare11 News after the Golden Globes, a Lakeville family relocates to South Dakota so children can receive special education services in person instead of online pic.twitter.com/NlTxE9TddG

Gabriel said Sioux Falls was a logical choice because she and Tony had planned to move there after all of their children graduated from high school.  COVID-19 and school lockdowns sped up that timeline my many years.

"We decide to move to a state where, and a school district, where kids were going to school every day. People maybe thought we were a little rash, but every single day my kids are in school that they wouldn’t have been in Minnesota solidifies that we were not rash," Gabriel remarked.

"We didn't have any fear. We just said we know this is what we have to do for us, and our family was supportive. Our friends were supportive."

There's no Census data yet that tracks net migration from Minnesota to South Dakota since the start of the coronavirus pandemic.

An annual study by United Van Lines found that South Dakota is among a dozen states that had more people move in than move out in 2020. Half of those surveyed by the moving company listed a job as the primary reason for relocating to that state.