David Schink of Champlin disappeared on February 13 while kayaking in the ocean near Destin, Florida. 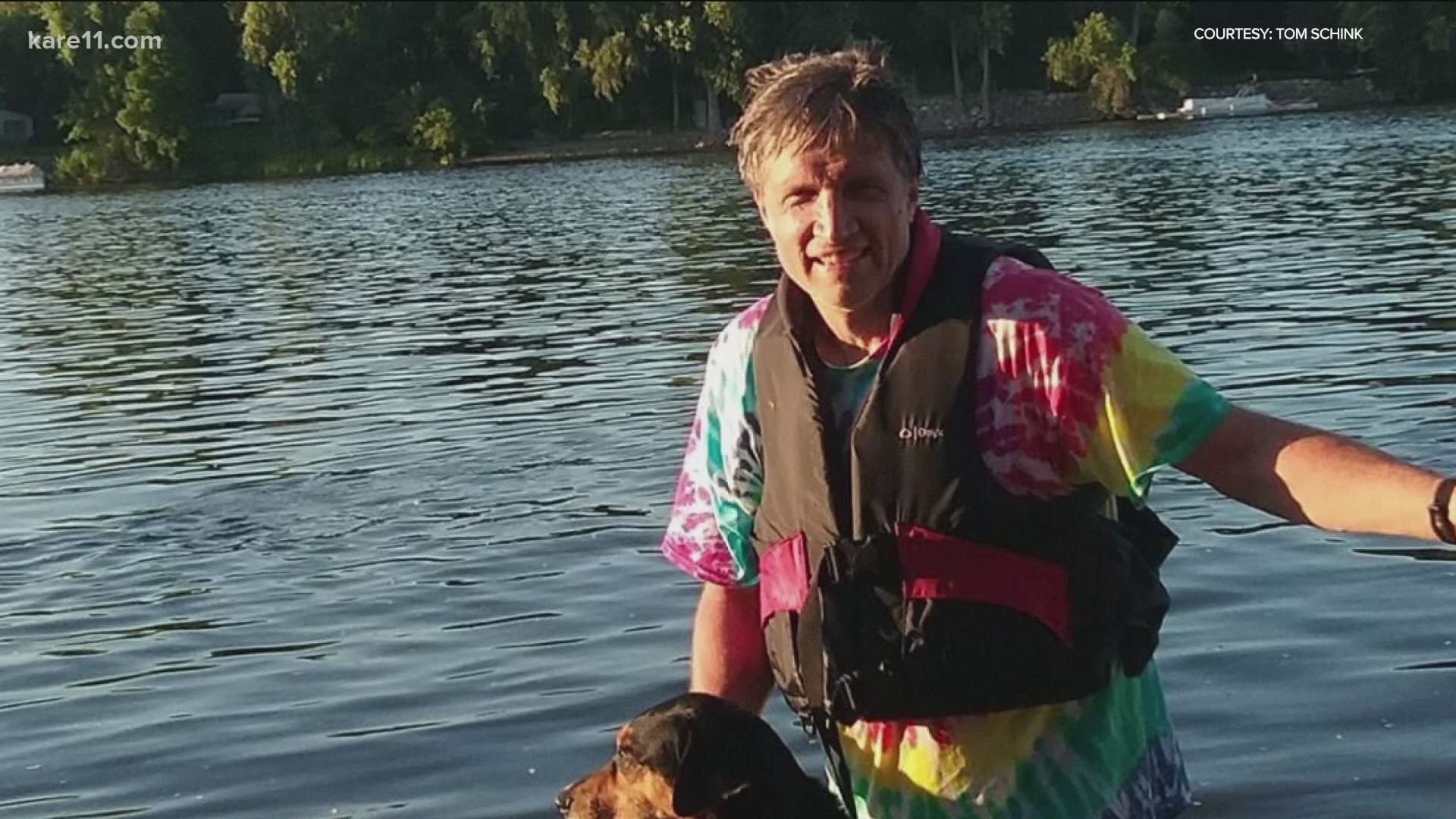 David Schink of Champlin loved being out on the water.

"We grew up on the lakes of Minnesota. So there pretty much wasn't a water sport we hadn't done growing up as kids," recalled Tom Schink, one of David's three sons.

For the past decade, David and his wife, Judy, would go to Florida in the winter.

Tom describes his dad as a seasoned water sportsman who loved skiing and was a collegiate swimmer.

On February 13, David went kayaking in the ocean near Destin, Florida and didn't return.

Judy called the U.S. Coast Guard and search began for the 61-year-old.

According to Tom, the Coast Guard searched for more than 50 hours — covering over 9,000 nautical square miles. On February 14, they found David's kayak 15 miles away and 10 miles off shore. Tom said the farthest he ever went would have been a mile off shore.

On Monday, they called off the search as the waters would have been too rough and cold for survival to be likely.

"We feel like there's a lot of things that either could've prevented what happened or helped speed up the amount of time they needed to search or how quickly they could've found him," Tom said.

The family has created through GoFundMe a "David Schink Memorial Fund" to help prevent future accidents like this from happening.

The fund will have three focuses. Tom said they are hoping to install surveillance camera(s) on the beachfront overlooking the ocean near where David disappeared. The footage could help crews narrow their search and speed up response times.

The fund would also be used to educate people about ocean water safety through literature, signage and increased awareness. They hope to erect signs on/near Destin waterways with water safety tips and/or lists of what items to bring with them in case of emergency.

Tom said even though his dad was a seasoned professional on the water, his kayak probably was not suitable for the ocean. He didn't have a phone or GPS device or anything like a flare or mirror to signal he was in trouble.

"We also want to see if we can talk to the local lawmakers down there and see if we can get some sort of Amber Alert system set up specifically for the water," Tom said.

The family hopes by sharing their story, it can save others. David was a husband, father and grandfather.

"He was always trying to make anybody around him laugh. Always cracking jokes. But on the father side, he was a loving dad who always tried to teach you the right things to do," Tom said.

He added, "We know how much this hurt us and our family. We don't want another family to go through that."

If you'd like to help, you can donate through the family's GoFundMe.

Tom said for those not able to donate, you can still support the family by sharing the page online.