The U.S. Food and Drug Administration has officially changed the minimum age to buy tobacco from 18 to 21. It says further details on this change are coming. 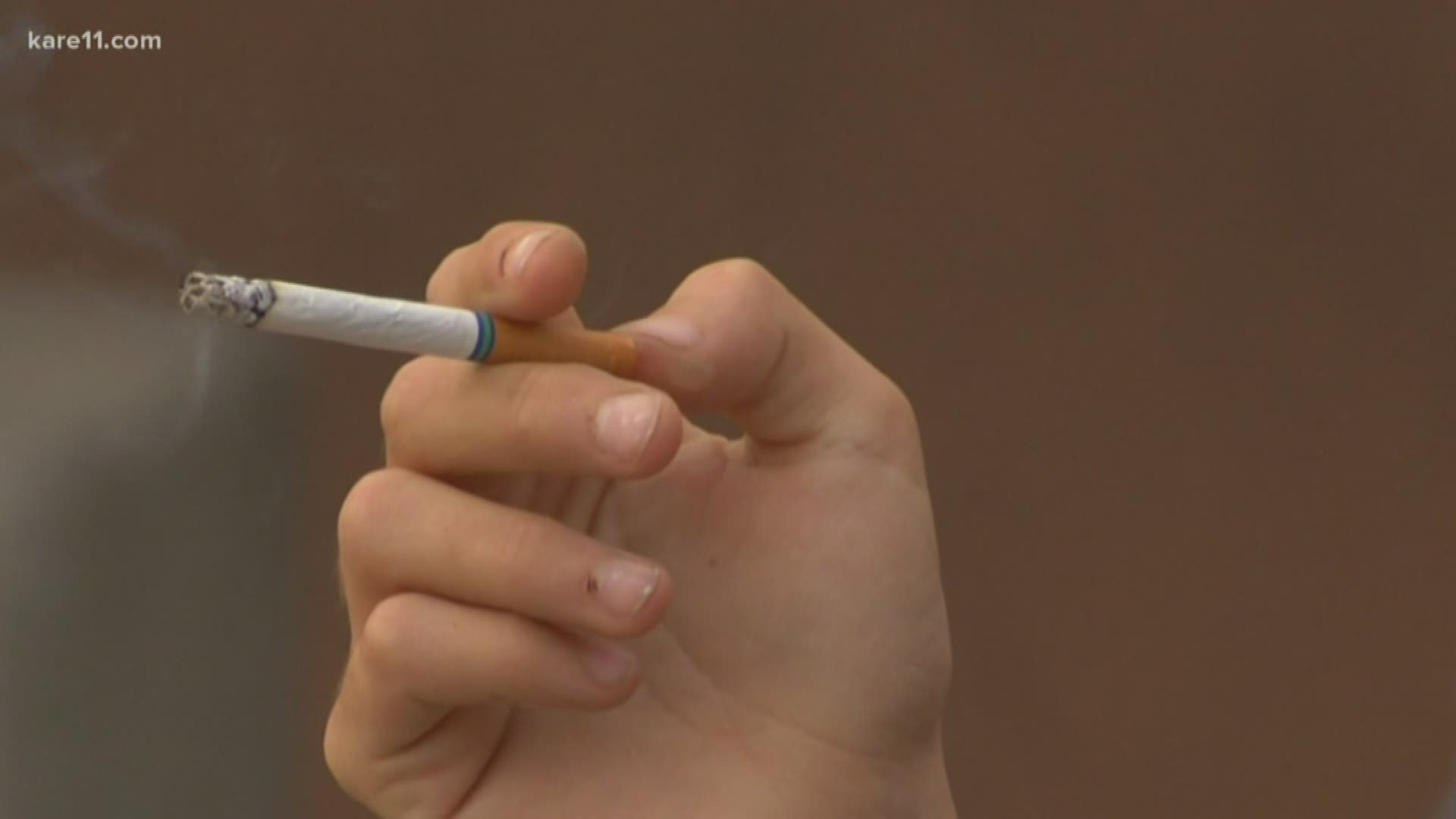 BROOKLYN PARK, Minn. — The U.S. Food and Drug Administration has officially changed the federal minimum age to buy tobacco from 18 to 21.

This comes after President Donald Trump signed the change into law as a part of a $1.4 trillion spending package on December 20th. Part of the change involved amending the Federal Food, Drug and Cosmetic Act.

Since December 21st, the FDA's website reads: "Note: On December 20, 2019, the President signed legislation to amend the Federal Food, Drug, and Cosmetic Act, and raise the federal minimum age of sale of tobacco products from 18 to 21 years. It is now illegal for a retailer to sell any tobacco product – including cigarettes, cigars and e-cigarettes – to anyone under 21. FDA will provide additional details on this issue as they become available."

With that in mind, stores like Moe's Smoke Shop in Brooklyn Park are waiting to hear when they need to make the change. Brooklyn Park still allows tobacco sales to anyone over the age of 18, while several surrounding Minnesota cities have passed local Tobacco 21 ordinances.

"When you call the FDA number they tell you, you should administer it now," employee Kamal Wazwaz said. "But most stores aren't going to call the FDA so they're expecting someone to stop by or a letter to come in that tells them you've got to do this now."

RELATED: FDA raises minimum age to purchase tobacco from 18 to 21

Wazwaz explained that most of the materials that dictate the legal age, including stickers and signs that store owners can display in and outside of their stores, come from tobacco manufacturers themselves.

"Sometimes [they come] from the companies that we order stuff from," he said. "They're the ones that have easy access to all the stores, it makes it easier for the FDA and the county to administer the rules [through them]."

"We are facing a youth nicotine epidemic here in Minnesota and again across the U.S. so we really ope this will be the first step of many to help reverse that epidemic," Smith said.

Smith said their next step is to get Minnesota to pass its own Tobacco 21 legislation, no matter what happens at the federal level.

"The state can pass an even earlier implementation date, make sure all our laws are updated, clean and make sue we have resources to ensure all retailers across the state are complying with the Tobacco 21 age and making the most of that," Smith said.